Share All sharing options for: Five Questions With: Pats Pulpit 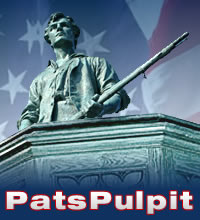 Greg Knopping, the Managing Editor at Pats Pulpit, took the time out of his busy schedule (which includes going through finals week) to hook us up with some New England Patriots intel.  Greg, we appreciate you much sir.

1- The Patriots offense has been scoring a lot of points this year, to the surprise of no one, but the defense has been struggling a bit.  Can you tell us what has been effective against your defense this season, and how the Bears offense could match up?

I'll start off by telling you what the Patriots' defense is strongest at: preventing big plays deep and stopping runs between the tackles.  So naturally, the two ways to be effective against the defense would be by utilizing the dink and dunk passing game, and running off tackle.  The Patriots have been playing a lot of soft zone coverages this season, giving up the short, underneath throws while staying back to prevent anything over the top.  While Devin McCourty has been stellar this season as a rookie, there's no question that the corner opposite him, Kyle Arrington, is average at best.  On top of that, they'll give an offense anything they want short.  If the Bears are smart, they will take advantage of that.  They also need to focus on off-tackle runs.  While the Patriots have a beefy defensive line led by Vince Wilfork that will stuff anything inside, they don't have the skills at outside linebacker to consistently set the edge.  This has never been Tully Banta-Cain or Rob Ninkovich's strength, and while he's doing well, rookie Jermaine Cunningham is not yet close to elite in that facet of the game.

2- You guys had a total of five draft picks in the first three rounds of this past Draft... that's a lot.  How has that worked out for the Patriots so far this season?

It's worked beautifully, to say the least.  Their first round pick, rookie cornerback Devin McCourty, has quickly emerged as one of the best defensive players on the team, if not one of the best cornerbacks in the NFL, period.  For a team that has struggled with poor play, inconsistency, and injury at cornerback, Devin McCourty has certainly been the bright spot.  The team's three second round picks have also all worked their way into starting roles.  Tight end Rob Gronkowski has become an all-around threat at the position, with his ability to block, get downfield and catch, as well as post defenders up in the end zone.

The Florida teammates Jermaine Cunningham and Brandon Spikes have also been huge.  Cunningham is starting at outside linebacker, and is the team's best run defender at the position, and has also become the team's second or third best pass rusher.  While Spikes has recently been suspended, he will be back for the playoffs, and has developed into a productive player at strong inside linebacker for the Patirots.  While 3rd round pick Taylor Price has yet to see the field, 4th round tight end Aaron Hernandez, 5th round punter Zoltan Mesko, and 7th round defensive end Brandon Deaderick have all become big role players for the team (and that's not even counting two rookie free agents, Dane Fletcher and Sergio Brown).  You add all of those draft picks together with the seven players that are important role players from last year's draft, and you've got a team that has a lot of young talent.  Young talent of course, means that there are inevitably growing pains.  Luckily for this group, they've held those pains to a minimum.

3- There probably isn't a football fan in the world who couldn't rattle off some of the star players on your roster, but we want to know about some of the other guys.  Who are some players that might be under the radar, yet still making an impact on this season?

We'll start with a couple of the safeties: Patrick Chung and James Sanders.  Chung is in his second year, and was the team's first draft selection last season.  While he struggles at times in man-to-man coverage, he can cover ground like no one else.  When he's in there, he's always around the ball, and can be a force in stopping the run.  James Sanders, on the other hand, has seen a resurgence as of late.  A fourth round draft pick in 2005, Sanders lost his starting position for most of 2009 and 2010.  Now, however, he's playing the majority of the snaps (Patriots run a lot of three safety sets which include Meriweather), and coming up with big plays week after week, with three interceptions in the last four weeks.

Another name I'll throw out there: tight end Alge Crumpler.  While Aaron Hernandez and Rob Gronkowski seem to get all the big catches, I can't stress the importance Crumpler has had to this team.  When Crumpler is in there, he acts as an extra lineman, which means the Patriots can run a lot of stacked packages, and find success that way.  He also has a great work ethic, and has been an excellent leader for this young Patriots team.  But if you are looking for the ultimate under the radar player, I'll give you one: inside linebacker Dane Fletcher.  Fletcher is a rookie free agent who was a defensive end on Montana State.  While he plays some outside linebacker, I think he will play mostly on the inside Sunday.  The reason I point him out: Matt Forte.  Forte is an excellent receiving back, and I think he has a chance to tear up the Patriots in that area.  This year, when team's have been checking down to running backs frequently, Bill Belichick has used Fletcher as a spy on the running back, and he's done an excellent job in that role.  So watch out for Fletcher on Forte in the passing game.

4- This game got flexed by the league to a 4:15pm ET start time, undoubtedly for the "playoff" vibe it will have.  The electric offense of the Patriots versus the resurgent Bears defense... What are some weak spots (if any) on the offensive side of the ball that the Bears D could try to exploit?

The way the Patriots offense has played lately, it's going to be a tall order for any defense to slow them down.  Still, that doesn't mean you can't shut them down.  The key, in my opinion, is slowing down the run and taking the play action away from Tom Brady.  In recent weeks, Tom has been nearly unstoppable off the play action.  If you can shut down the running game, which has done well behind the legs of BenJarvus Green-Ellis in recent weeks, you can take away that play action, and force Brady to throw the ball out of the shotgun.  Another key: bring defensive backs on the blitz.  While Brady played well with blitzing d-backs in the second half against the Jets, he's struggled when teams have brought them in general this year.

5- Anytime a team wants to compete in December and January, they have to have a solid Special Teams unit.  The Bears have had the luxury for years of having dominant STs... how much of an impact are the STs units having on the Patriots season, and how comfortable are you with them as you look towards the playoffs?

I'll sum up the Patriots' special teams play in this way: I don't see the group as a problem, but I'm not nearly as comfortable with them as I was in the beginning of the season.  While the Patriots are still lethal returning punts (thanks to Julian Edelman) as well as covering them (in part thanks to the solid play of rookie punter Zoltan Mesko), they haven't been as strong in the kicking game.  Kicker Stephen Gostkowski went down for the year, and the team has replaced him with Shayne Graham.  While Graham has yet to miss a field goal, he's already missed an extra point, and I'm simply just not as comfortable with him as the kicker.  On kickoffs, the Patriots have struggled to return and cover kicks.  The last few weeks, the Patriots have had some close calls in kickoff coverage, and you can't help but think that one of them is going to finally come back to get them in the behind.  In the return game, Brandon Tate is still explosive, but do to a variety of factors hasn't had a big return in some time.  Overall, the special teams are a well coached group and are still in the top half of the league, but have struggled a little as of late.

Greg, thanks again brother.  We really appreciate the insight.