Taking A Look in the Bears History Book: Chris Zorich

Share All sharing options for: Taking A Look in the Bears History Book: Chris Zorich

This week's TLBHB is not only about a former Bear, but a great philanthropist as well. Chris Zorich is known for his giving nature and is well-respected for his football career as well. I had only heard a little about this Bear, and found it interesting to do more research on him.

Take this intro from a SI vault story about him as an example of this big-hearted Bear:

Have you ever seen a 6'1", 277-pound angel? Dozens of underprivileged families and children in Chicago have, and that angel goes by the name of Chris Zorich. The 25-year-old Bear defensive tackle, who grew up in a housing project on Chicago's South Side, has dedicated his life to helping the poor. Two years ago he started the Christopher Zorich Foundation, which operates several charitable programs, including food drives. For Thanksgiving, Zorich, whose uniform number is 97, gave away 197 15-pound turkeys and copious quantities of other types of food to needy families.

As always, we'll start with some background information. Follow me after the jump!

Chris Zorich was born an only child and raised by his mother (surviving on $250/month from public aid) on the impoverished South Side of Chicago, where he attended Chicago Vocational High School. Because of his background, a few people would be surprised to know that he later received a scholarship to play for Notre Dame University in 1987.

"I kind of thought I was conning the University of Notre Dame to give me a scholarship," Zorich said. "When they offered me one, I told my mom, 'We fooled 'em,' because I didn't think I was that great of a player."

He would later prove that idea wrong. He began as a linebacker, but was soon changed to a nose tackle. He did not play his first season, but earned consensus All-American honors in his second & third seasons. During his junior year, he was one of 4 finalists for the Lombardi award, and won it his senior year, along with being the team capitain and recognized as an unanimous All-American. In his final game at the university, he was the Defensive Most Valuable Player in the 1991 Orange Bowl.

Zorich was drafted by the Bears in the second round of the 1991 draft. Mike Ditka had wanted to draft Zorich in the 1st round of the 1991 draft instead of Stan Thomas, but was overruled. Zorich lasted until Chicago's pick at the end of the second round, and the lifelong Bear fan became a Bear. Zorich broke out in 1993 and played for the Bears until Mark Hatley cut him in training camp in 1997. He was also named an alternate for the 1993 Pro Bowl.

After the Bears, Zorich played for the Redskins for one year.

After football, Zorich earned his law degree from Notre Dame in 2002 and Zorich worked for the Chicago law firm of Schuyler Roche P.C. for four years before devoting his full-time attention to his foundation. He has become the well-known Chicago area philanthropist and motivational speaker I was blabbing about it the intro. He has also received honorary doctorates from East-West University, Northwestern Business College, St. Xavier University & Governors State University.

In 1993, he established the Christopher Zorich foundation (in honor of his mother whom had passed away his senior year of college) to help disadvantaged families. His combined programs have assisted over 150,000 individuals. Some of the ways the program offers community support are: 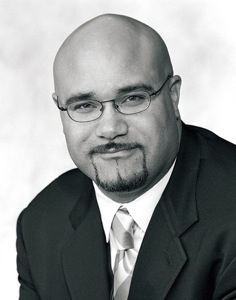 Zorich for three years co-hosted "Bears Extra," a live weekly television show dedicated to the Chicago Bears. He was also an analyst for Comcast SportsNet's coverage of the Chicago Bears. For two years he hosted "PrepsPlus," the Midwest's highest-ranked high school sports television show. He has also moderated various town hall meetings on a variety of topics including race and gender issues, the influence of sports in our society and the influence of drugs on America's youth.

In 2007, he was one of the specially selected inductees of the 2007 class at the College Football Hall of Fame. He is one of the youngest players to be enshrined. The next year, he joined the Notre Dame faculty by becoming the manager of student welfare and development. He took the job because he aspires to eventually be an athletic director. 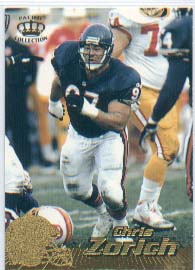 I will leave this story with the tragic, yet inspiring story of Zorich's mother, and the how he dealt with it:

When Zorich returned home after playing the Orange Bowl, on January 2, 1991, he found his mother dead in her apartment. Words couldn't describe his grief. Three months later he was drafted in the second round by his and his mother's beloved Bears. "I think my mom and Papa Bear made a deal in heaven," Zorich says. "She said, 'If you draft my son, I'll do your laundry for eternity.' "

Since draft day Zorich has done all he can to make her proud. This season he is tied for second on the Bears in sacks (5.5) and ranks among the top NFL linemen in tackles (89). Next spring he'll select the first recipient of the Zora Zorich Scholarship, to be given to a Chicago-area high school student admitted to Notre Dame. Recently,Zorich played Santa for 50 orphans at Maryville. Next week he will do the same for kids at the Lydia Children's Home in Chicago.

"When my mother died, I got 5,000 cards and letters from people who'd never met her, including President Bush, and it struck me that here was a woman from the South Side, a poor, single parent who took time out for people, and her life had made a difference," Zorich says. "Regardless of what you do in life, what matters is that you're a good person.

"My main goal in life is to sec my mom again. If I can help people the way she did. I think I will."