In what has to be the most active Free Agency period in many years for the Chicago Bears, the biggest fish has been plucked out of the pond: Julius Peppers is a Bear.

Filed to ESPN: Bears will announce it when they're ready, but the Julius Peppers deal is agreed to. He is a Bear.

The Bears and Julius Peppers finalized a six-year deal to bring the top free agent in 2010 to Chicago, according to a source.

And another link, just for the heck of it.

First Manumaleuna, then Taylor, and now Peppers... will a FS be next?

Courtesy of our Resident Graphics Genius: 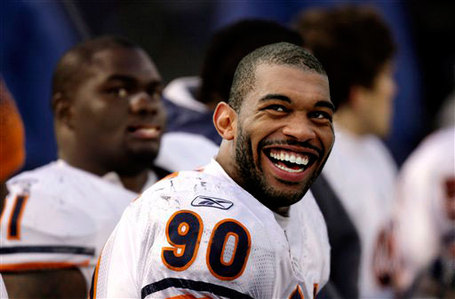