Do you like Bears radio play by play man Jeff Joniak?

When a play by play voice is around long enough, they're sure to gain some fans and alienate some others. Bears radio voice Jeff Joniak is no different. When googling Joniak I come across a few negative things, but quite a few positive things. And most surprisingly he has no Wiki page. Only 6 of the NFL teams #1 play by play men are not Wikkied. (Wikkied? Did I just make that word up?)

The idea of this poll sprang from a workplace debate, I like his energetic and pro Chicago style, while my friend thinks his voice is whiny, grating, and very unauthoritative. Where do you fit in? 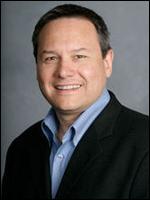 His color analyst, Tom Thayer, hits on the trifecta of Chicago Sports radio. Former Bear (check), former Super Bowl XX Bear (check!), and he's not afraid to criticize the team when it's warranted (check). Thayer is more popular now than his playing days. Add in that he's not afraid to crack wise on Joniak and it adds to his likeability. Joniak will make the occasional blunder, and can sometimes get carried away in the moment and forget to fill the listener in on something, but I think his exuberance makes up for any errors he may make. I don't even mind that he's a homer. He's a local guy from suburban Arlington Heights so what would you expect, and it's not like he's as homercentric as "Hawk" Harrellson. (I hope our editor forgives my made up words.)

I used to work on Sundays, so I spent a lot of time listening on the radio. From 1989 to 2001, if the Bears had a noon kickoff, I had the radio on at work. I also worked Sundays in '03 & '04. So I was listening when Wayne Larrivee was in Chicago and when Joniak took over. His first few games really took some getting used to, but nothing he did was a turn off.

Taking over for the popular Larrivee had some fans unfairly comparing the two. Larrivee has one of the best football calls on radio. I live close enough to the border that I can pick up Packers games and I sometimes tune in when driving (when the Bears aren't on and to see if the Pack are losing of course), but the smooth style of Larrivee will keep my attention longer than any Packer game should.

My dive into this newfangled DVR technology now has me never missing a game on TV, so I haven't heard a Bears game on WBBM in a few years, but I love catching the audio highlights from time to time.

I'll put it to you guys... Is Jeff Joniak doing a good job as play by play man for the Bears?