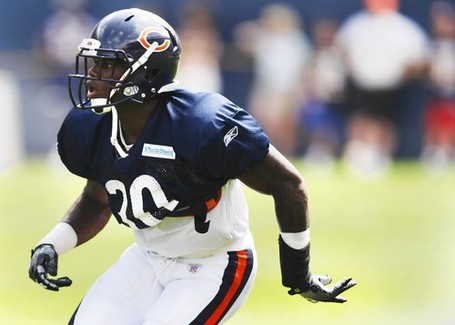 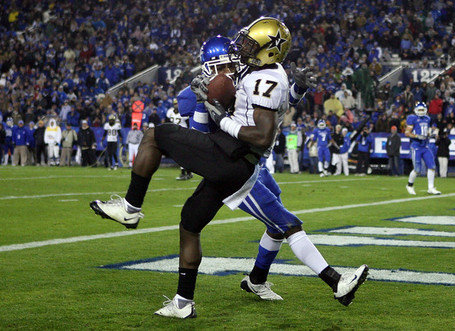 There's no doubt that the concern with Moore is his height at 5'9", but how much of a concern is that when you have a 40 inch vertical? Moore ball instincts makes up for his size, but the guy should never be asked to play outside his limitations, which means don't put him on the outside one on one with a receiver. This what happen to Ricky Manning Jr when Vasher went down, and he had to play on the outside. Manning just like Moore lacked size (was also 5'9") and recovery speed to play on the outside, and when opposing QB's spotted that they exposed him. Manning Jr and Moore are ideally similar in skill set and size, and this is what Lovie probably saw on tape and in practice when he decided to lump Moore in the competition with Cory Graham and Tim Jennings for the nickel back job.

Right now Graham is believe to be the favorite to win the job as he has been performing quite well in the Mini Camp and OTA practices, but do not sleep on Moore as his skill set best suits the nickel back position.