OTAs begin today up at Halas Hall.  It's a time for teams to get to work in the offseason.  The Bears completed mini-camp 2 weeks ago.  What's the difference with minicamp then? Not much:

OTAs are shorter, less physically demanding and considered part of the voluntary off-season workouts. Minicamps are a bit more like training camp but without contact.

The offseason let's the players have a little fun too. (see TO and Jay at Underground, Olsen was there too.)

JD breaks down 6 stories to follow during the upcoming OTAs. LINK

Even though the Bears already have spent plenty of time and effort learning their new offense, these 14 organized team activities allow players and coaches to continue ironing out the kinks before reporting to training camp at the end of July.

"We're going to try and get our entire system in, as much as possible, before we go on the real break of the summer," Bears head coach Lovie Smith said at the conclusion of last month's minicamp.

Training camp is about repetition, fine tuning and staying healthy. That's why teams stress offseason participation in voluntary workouts, minicamps and OTAs. When players report to camp, they better know what's going on. Time is always of the essence, and the Bears don't want to waste it during practice running busted plays or stopping to show players where to line up. It's imperative for players to have a fundamental understanding of their responsibilities by the end of June.

Oh, and Greg Olsen & Jay Cutler did a little karaoke with some friends at Blue Frog over the weekend. LINK 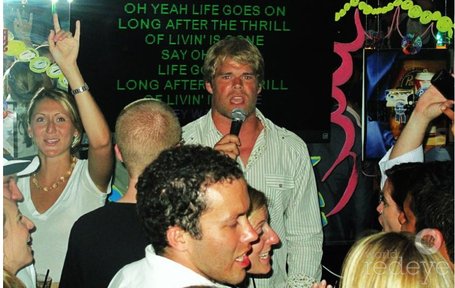