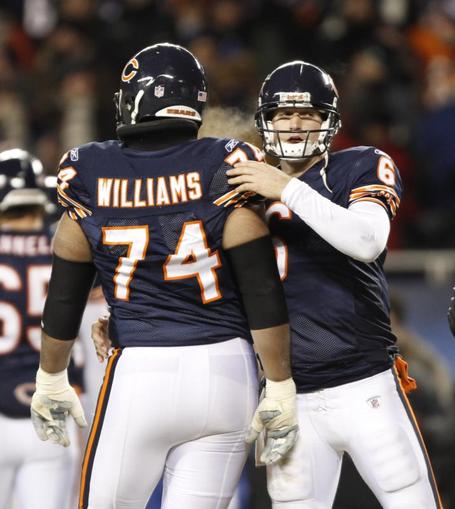 Chris Williams came in the league highly regarded as the most athletic gifted tackle in his draft class, but a serious back injury derailed his rookie season. In the summer of 2009, Chris Williams was gearing up to be the starting left tackle on this team until management decided that signing Orlando Pace would be good in terms of filling in at LT and mentoring Chris Williams. When Williams filled in for the benched Pace (don't buy the whole he was bang up theory) towards the end of the season, he showed signs that he can be a really good LT in this league (specifically in the Monday Night game against Jared Allen).

This season will be the ultimate test for Chris Williams as Mike Martz system puts a lot of pressure on the Tackles, specifically the Left Tackles as he will be counted on to hold his own against some of the better pass rushers in the league. Lets check out some of the pass rushers he is expected to go up against this up-coming season, and what to expect in some of these games.

I expect Chris Williams to hold his own against Vanden Bosch, who while still is a solid DE, has lost a step and is not the player he once use to be (7.5 sacks the past two season). Expect Vanden Bosch to try and beat Williams with power and for Williams counter that with finesse and athleticism. This should allow Tice to focus more on Cory Williams and Ndamukong Suh, who could present problems for the interior line.

The Bears in recent past have struggle with 3-4 defenses, and with a new offense this early in the season expect the Bears offense to display some growing pains in this game. Chris Williams will most likely have his struggles against an elite pass rusher like Ware who not only can bother Williams with strength, but his quickness and speed off the edge. Williams has to play extremely well for Cutler to have a chance to attack the Cowboys weakness on defense which is their safeties.

I could see Williams surrending a sack to Matthews based off the confusion a 3-4 defense can be, but I see Williams for the most part containing Matthews in this night game at Soldier field on Monday night. Expect Williams to use both his quickness and power to frustrate Matthews throughout the whole game. 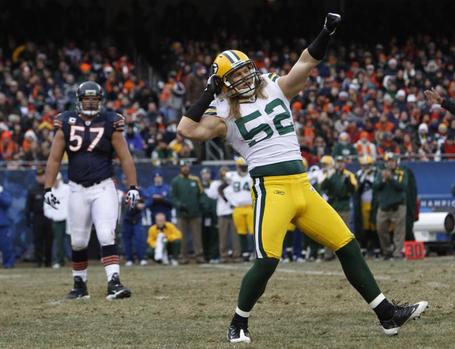 This really depends on what Osi we will see this season. If we see the Osi circa 2005 then it will be a tough contest for Williams. If we see the 09 Osi, expect Williams to embarrass Osi in front of millions on Sunday Night Football.

Coming out of Florida State, Brown was best known as a speed rusher with one move. The jury is still out if he has develop any power moves, but if not expect Williams to have a relativity easy day against Brown.

Williams usually struggles a bit with rushers who processes a blend of power and speed, but with Lawerence Jackson still being raw in his technique, I expect Williams to shut him down. If Jackson this season develops more rush moves then it could be a bit of a tough day for Williams.

Just like with Ware, Orakpo has the speed, strength and athleticism that is going to give Williams fits in this game. This is a game where I can see one of the two things, Williams struggles at times, but it doesn't have a major effect on the game or Williams struggles mightily and it does have a major effect on the game. I just don't see him completely shutting down Orakpo in this game. 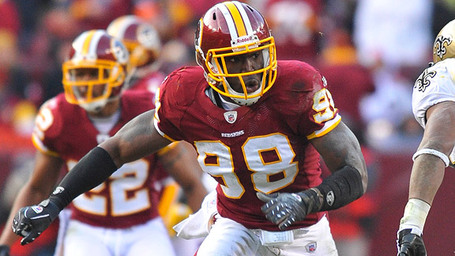 If Maybin touches on his potential this up coming season he will be a handful off the edge against any LT. Williams should have no problem against the inexperience Maybin, but if he realize his potential I can see him (Maybin) being a handful for Williams.

Redemption for Allen? I honestly think Williams has Jared Allen number. Williams blend of agility and strength is best suited against a pass rusher like Jared Allen who is a complete pass rusher. There will be times in the game where Allen will get the best of him, but overall I think Williams can hold his own against Allen.

Miami strength is mainly on their defensive line and in the middle with Dansby and Crowder (who is out for the season). I expect Chris Williams to handle Moses quickness off the edge by using his speed against him.

Trent Cole is one of the better pass rushers in the league. Cole speed is limited, but his biggest strength is the ability to out muscle opposing tackles. Could be a test to see where Williams is at in the strength department. 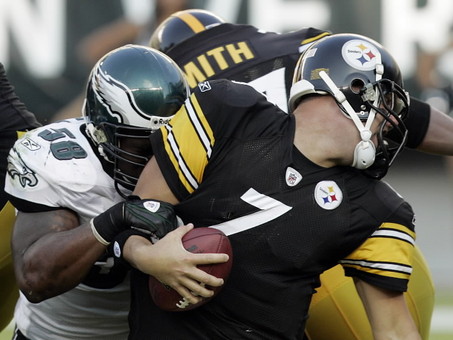 Williams should be season enough at this time to completely shutdown a DE like Vanden Bosch.

New England had problems rushing the passer, but Banta-Cain was not to blame (10 sacks in 09). Another game where Williams strength will be tested.

Round 3 expect Allen to get the best of Williams in the metro dome. 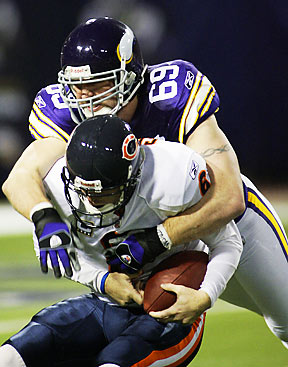 Was once a dominate edge rusher, Taylor is at the end of his career. I don't see Williams having trouble against Taylor. Ryan is going to be throwing blitz's at the Bears offense from everywhere on the field to hide the weakness they have at the outside linebacker position.

This should be a good battle between both of these young players. Expect both players to get the best of each other all game.