Taking A Look in the Bears History Book: Johnny Morris

Share All sharing options for: Taking A Look in the Bears History Book: Johnny Morris

Welcome back to TLBHB! Today's player comes from the Bears team in the 60s. Helmet Tip to GallopingGhost for requesting this player!

Before we begin, let's look at our newest "featuree" through a quote:

Take this excerpt from the book "Papa Bear: The Life and Legacy of George Halas":

"Johnny had a special intensity," Pyle asserted. "He was a player. He didn't play small. The great smaller players use their quickness and ability. Johnny held the world record for the 50-yard dash, and that's what you need on a football field. You don't run a hundred, you run 30, 40, or 50. Johnny Morris was our punt returner, and I can't tell you how many times I'd come onto the football field and there'd be four or five guys on top of him. I just knew he'd pop up as soon as they were off. That's tough. He was tempered steel.

Now that you know how he played, follow me after the jump to learn more about this exceptional player.

Johnny Edward Morris was born on Thursday, September 26, 1935 in Long Beach, California. Later, he attended the University of California, Santa Barbara, and was a member of the Kappa Sigma Fraternity. He was a star athlete in both the football and track teams in college, and even tied the world's record for the 50-yard dash! He also participated in the College All-Star Game. He graduated in 1958 with a Bachelor's Degree in Economics.

Morris was drafted by the Chicago Bears in 1958 in the 12th round of the NFL Draft. He began his career as a halfback and kick returner, but was moved to wide receiver (or flanker, in that day) in 1961 where he became the Bears all-time leading receiver. The switch made his stats rise. He spent all of his 10-year career playing for our beloved Bears. Morris was a two-time Pro-Bowler (a first team All-Pro in '64) and was a part of the 1963 NFL Championship team. In 1964, he had his best season and led the NFL with 93 receptions for 1212 yards and 10 touchdowns. This was enough to stay on top of the Bears receiving charts for 42 years after his retirement (until 1984)!

This super short clip shows Morris making an amazing catch behind the back, breaking a tackle, and then scoring a touchdown:

Morris was known as Ditka's right-hand man on Bears coverage. Take this excerpt from the book "Papa Bear: The Life and Legacy of George Halas" when it's describing a match-up between the Bears and Packers:

The flanker's [Morris] big play came in the third quarter when he and Wade teamed up on a play called South Len Pass 27 Full Sponge. "Sponge and Steel," Wade recalled. "Against a zone defense, Ditka (Steel) would go to his right, the shoot between the corner and safety, and I threw it over the linebacker's head." On this play, Ditka's cover men chased him downfield to clear the side for Morris (Sponge). Morris broke from the right flanker and made a sharp cut 12 yards upfield to his left to catch Wade's pass on the break. He spun back and sprinted to the endzone, completing a 47-yard touchdown play to give the Bears a 10-7 lead.

In 1965, the team was focused on the offense and his numbers began to decline until the end of his career in 1967. His final record would be catching 356 passes for 5,059 yards and 31 touchdowns. He still remains the Bears all-time leading pass receiver in yardage gained.

Later, Johnny became a sportscaster for WMAQ-TV and WBBM-TV in Chicago. His career at WBBM began in 1964 (while still playing for the Bears) and ended in 1996 for a total of 32 years! His position as Sports Director made him responsible for sports broadcasts on the 5:00, 6:00, and 10:00pm news. In the 70s and 80s, he was a football color commentator with CBS Sports. He was also the first football analyst in the United States to use the telestrator on football replays. His sports reporting earned him many honors, including awards from the Illinois Association Press, the Illinois UPI, the Illinois Broadcaster's Association, and the Chicago Chapter of the National Academy of Television Arts and Sciences. Some the shows that captured these awards included: "The Mike Ditka Show", "Bears Extra", "Sports Behind Prison Bars", "The Fridge - A Legend Grows", and "Adventures in the Blue Beast." One of the most prestigious awards presented to him was his induction into the Chicago Television Hall of Fame, "The Silver Circle Award", in April of 2000.

This clip shows what Johnny had to go through, even with his good friend Da Coach after he became a sportscaster. **Disclaimer: Some language in this clip is inappropriate and should not be viewed at work or in front of children.**

Morris' wife, Jeannie Morris, became a successful sportswriter and published the biography "Brian Piccolo: A Short Season". When her book became a bestseller, she turned all the profits over to Piccolo's widow and three daughters, who are still close friends of the Morrises. "Jeannie is a rare woman," says Johnny admiringly, "and the real test is that she's been accepted by other sportswriters." While Johnny was a sports anchor, Jeannie was his field reporter. They both also did color reporting, and in 1974, Jeannie was the first woman assigned to cover the Super Bowl. Here is an interesting article from 1975 about how the two worked together: LINK

Morris' daughter, Holly Morris, is a successful businesswoman (the editorial director of Seal Press in Seattle) who is taking a stand in women's rights and says the world needs more women-driven empires. At 31 years old, she made Seal one of the largest publishers of feminist literature. She stated recently that she is leaving Seal and going to produce a travel documentary show entitled "Adventure Divas" which will travel around the world highlighting women doing remarkable things. Here is another article (along with the one linked in this paragraph) about her success. LINK 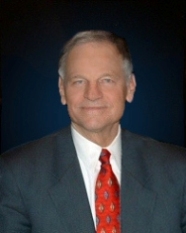 Currently, Johnny Morris is 74 years old. What is he doing these days? I have no clue. I could not find any articles talking about him since he retired from broadcasting. :[ Know anything I don't or have a link to some current info? Let me know! :]

As always, you can find stats here, here, and here.

Any other players you'd like to see on Taking A Look in the Bears History Book? Send me a comment or email along with your screen name and let me know! Any ideas and suggestions are appreciated!