This is it, ladies and gentlemen. A game that many said the Bears would watch from home. Disaster was predicted. 4 wins. 5 wins. Fourth place in the Black & Blue division. A hot start to 3-0. A dangerous drop off to 4-3.

But at the bye week, something interesting happened. The Chicago Bears started to function as a fully formed team. A balanced running and passing attack. A defense playing at championship levels. A history-making special teams unit. A fourth phase that is unrivaled and unparalleled across sports fandom.

The Green Bay Packers come to Soldier Field today to take on the Chicago Bears, for the honor of the George Halas Trophy. Two old rivals. Only one can win. Buckle up and bear down, friends, it's going to be a hell of a day.

As usual, game threads will be quarterly, look for the first one 15-30 minutes before kickoff. Now, enjoy some news links. Or just start imbibing. However you choose to live your life, be safe.

PFF Picks: Championship Weekend - Just in time--PFF doesn't give the Bears any shot. Care to venture a guess why? #12

Martz must outwit Capers - I hope he doesn't try to get too clever. 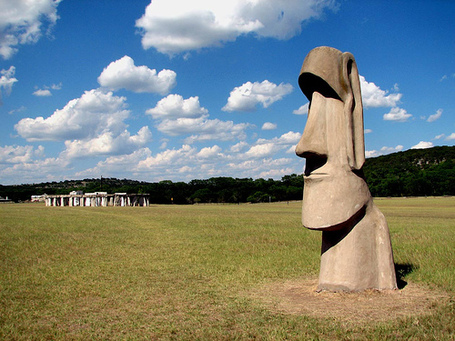 Stubborn belief tarnished Lovie’s image, then repaired it - It doesn't matter, because his face never stopped looking like an easter island statue.

Aaron Rodgers vs. Jay Cutler - QBs could decide who goes to Super Bowl - I wish I could determine who went to the Super Bowl. The Bears would be playing my high school's football team.

Bears-Packers a classic clash to be appreciated - Two great, respectful rivalries. And nary a purple jersey in sight.

Defensive stars Julius Peppers, Clay Matthews will try to set tone of NFC championship game - If Webb would like to stop Matthews today, I'd be completely ok with it.

Jets-Steelers is the game to see - You's crazy.

Daley, Green Bay mayor: zest for jest - A cheeseless Chicago-Style Pizza, or a pound of cheese for every point. What a weak bet. I say, if Chicago wins, the Chicago mob gets to run Green Bay. If Green Bay wins, we continue to allow them to run their own town.

Minnesota bar plans to roast bear for NFC Championship Game - I wish you could hear the exasperated sigh that I let out when I read this.

Don't look now, but the Chicago Blackhawks are 6-2-1 in January. It's not related to football in any way, but it's nice to see them get some points on the board already.

Finally, I saved the best for last. Friend of the site John "Moon" Mullin has made his pick, and I wanted it to be the last thing you see today before the game.