This has been a long two weeks for Bears fans.  After the Bears took down the Buccaneers in London more than 2 weeks ago, I think I've seen about 352 articles about poor Matt Forte.  I'm more than ready for some football.  After the MNF crew dusted off Barry Sanders for their pregame open before the Bears played Detroit a few weeks ago, I wonder if Ron Jaworski himself will represent all the Eagles and give some powerful words before the broadcast.  I can only hope...  After the jump I'll hit on all of the following (as requested by Kev); last minute thoughts, injury reports, late links, funny pictures, motivational songs, and pictures of Mila Kunis...  enjoy.

Last Minute Thoughts:
Defensively the Bears need to control LeSean McCoy.  If they can thwart their running game and force Michael Vick to beat them, I think they have a much better shot at winning the game.  With the Bears defense being a predominately zone team, there's no need to assign a permanent spy on Vick.  That's one of the reasons they've had success against him in the past.

On offense the Bears have to run the ball, mix in some good play action while chipping the Eagle DEs, and I'd love to see the tight ends involved in the passing game to take advantage of the Philly LBs.  Their secondary is top notch, their LBs nt as much.

Injury Report / Motivational Song:
Click here for the injury report, and that link will pop like Ozone, Turbo, and Special K:

Notice how I cleverly fused two categories into one but using the "link will pop like" line...

Late Links:
Bears vs. Eagles Optimist vs. Pessimist by our very Sam Householder.

The always on his stuff, Pete Dixon, has complied the best link dump post on the internet in The Bears Den.

Our resident Shy Guy presents his Three Keys Against the Eagles: Offense and Defense.  And seriously, if you aren't checking out the always stellar weekend stuff on WCG you're missing out.

Kev set down the Ban Hammer just long enough to answer some questions from those same Bleeding Green Nation guys about the Bears.

And technically this link could have been in either the thoughts or the links category, as it's a link about some thoughts. 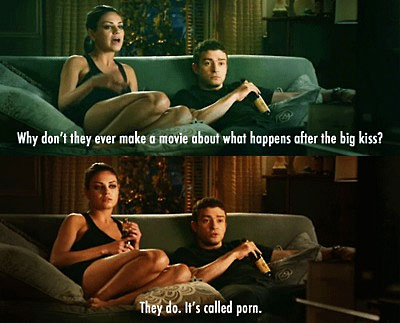 Notice how I cleverly did it again and even added a little something for the ladies...  and for the fans of boy bands, you know who you are.