Share All sharing options for: The Chicago Bears' Charles Tillman gets Chipwrecked! 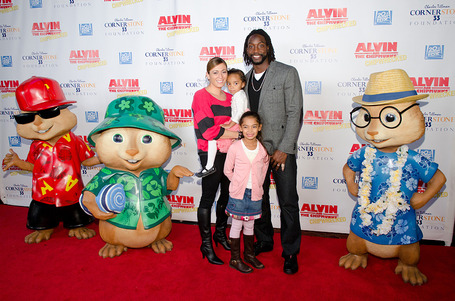 Chicago starting corner back Charles Tillman is one of the more charitable Bears. He's constantly active in the community and through his Cornerstone Foundation he's impacted the lives of well over a million Chicago area children. Earlier this week he and his foundation hosted the Chicago premier of the new movie Alvin & the Chipmunks: Chipwrecked. 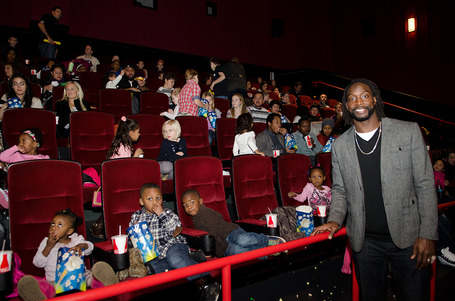 Also lending their support at the event were current and former Chicago Bears Matt Toeaina, Alex Brown, Alfonso Boone, and Adrian Peterson. Kerry Wood and Marlon Byrd from the Chicago Cubs were also in attendance. 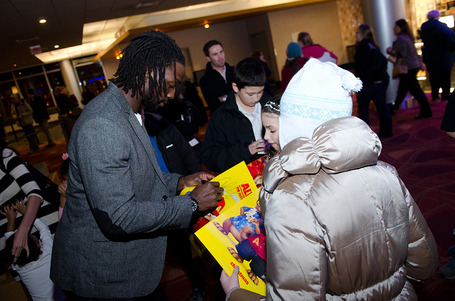