Hello again, WCGers!  The last time I reported to you I was enjoying the champagne of beers with Steve McMichael, but last night I was sipping on the real deal with Greg Olsen and Lance Briggs.  The event?  The launch of The Red Bulletin, an "almost independent" sports magazine sponsored by Red Bull.  The place?  Cuvee, an exclusive Chicago club known for its celebrity clientèle.  Follow me below the fold for full photo coverage of the event and for some juicy bits of sports gossip...

The event had just kicked off when I arrived, and while the crowd was light at first, the place rapidly filled up. 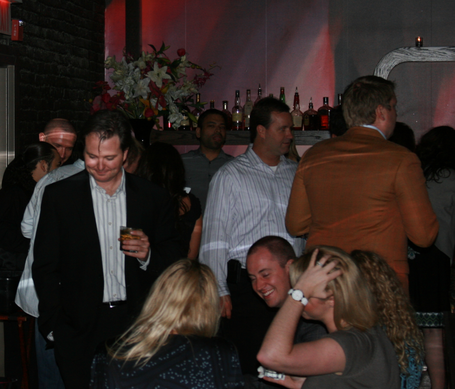 In one corner of the club, an artist had set up shop and was painting away. 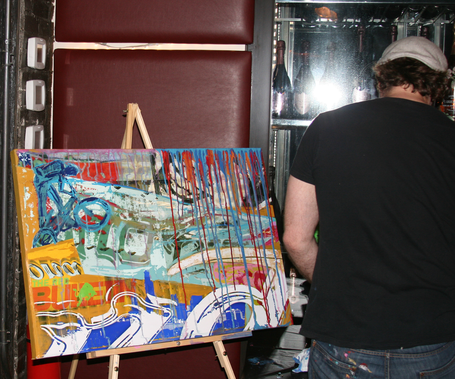 The Red Bull ladies were circulating the room showing off the iPad version of the magazine, and they had a big-screen set up in another corner to show off the online version.  Here are some people who were trying it out: 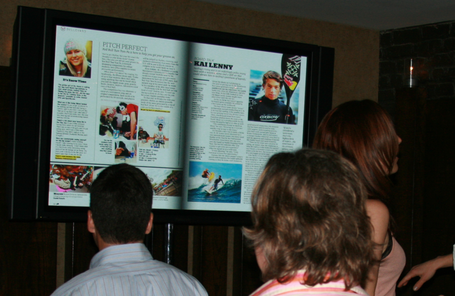 While the event was getting into full swing, I started chatting up the security guards.  They told me some great stories about all the different sports celebrities that come to the club on a regular basis.  Many big-name Bears, Bulls, and Blackhawks players go to Cuvee, including Jay Cutler, Patrick Kane, and Carlos Boozer.  They even pointed out the doorway where Omer Asik always hits his head!  It is anything but a sports bar - I had to get updates on the Bulls game from my phone - but if you're looking for a bar with sports players, Cuvee is a top destination.  You might even run into a player or two on nights when they should be at home resting up!

Greg Olsen did show up, but he didn't stay for long.  I was only able to get one shot of him before he snuck off to either the champagne room or the back door. 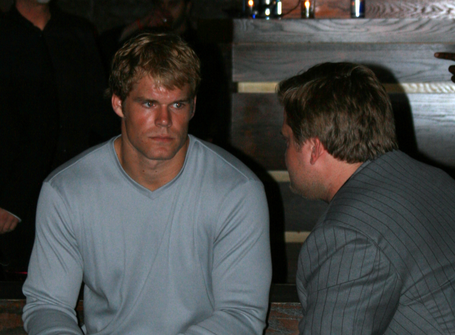 Just when I was getting worried that I was going to be left with one measly shot of Greg and a lot of filler, Lance Briggs and his crew arrived.  The magazine had sent him on a skydiving trip earlier in the day, but he showed up looking no worse for the wear.  Here he is working the crowd:

The real party started when a dance crew hit the floor.  They had a great DJ who helped them warm up the dance floor for the rest of us. 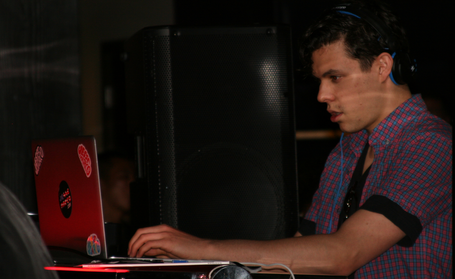 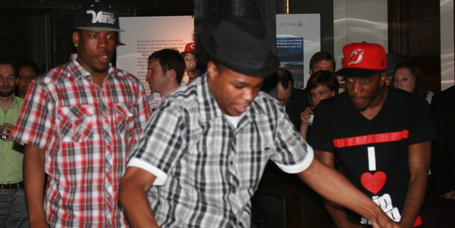 Once Briggs had finished working the crowd and the dance crew had finished warming up the floor, it was time for Lance to take to the floor himself.  Move over Shufflers, because he can dance more than a little funky! 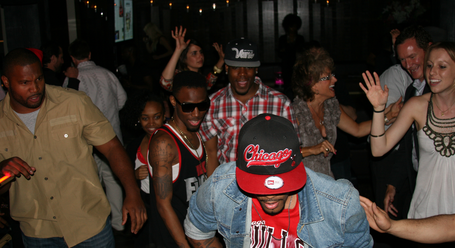 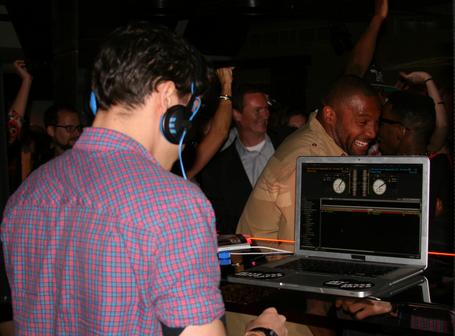 Briggs left the floor after a while, but the dancing kept going well into the night.  The pros came back to the floor and joined the crowd. 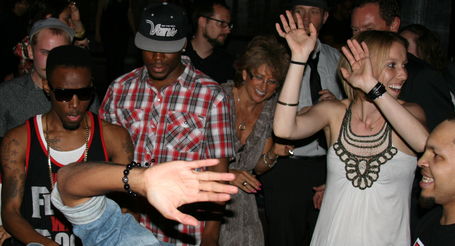 I had heard rumors that the Bulls were going to come straight from O'Hare to the club to celebrate their victory over the Hawks, but, sadly, this blogger had a day job to get to in seven hours.  Many thanks to the fine folks at the Red Bulletin for giving WCG the chance to cover this event!

The Red Bulletin is available at your local newsstand, online, and as a app for your mobile device or gaming console.