Five Questions With The Smoking Musket about J.T. Thomas

Share All sharing options for: Five Questions With The Smoking Musket about J.T. Thomas 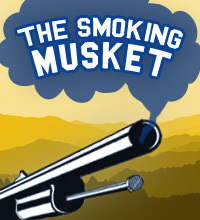 We're rolling along in our Five Questions With series with the SBNation sites that cover the colleges of the Chicago Bears 2011 draft picks.  In this edition we're pleased to have Caleb Wygal of The Smoking Musket as our guest.

The Smoking Musket covers all things West Virginia University, and since WVU is where new Bears outside linebacker J.T. Thomas hails from, we figured they'd be able to give us the skinny on the Bears 6th round draft pick.

To check out all our previous Five Questions With just click the link.

WCG - The Bears run the Tampa 2 as their base defense, and with Lance Briggs holding down the weakside outside linebacker position, the best chance J.T. Thomas has at some defensive playing time is the strongside OLB.  Many scouting reports list him as a good tackler, but say he struggles against the run, can you give us your assessment on his ability to tackle and play the run?

At (6'1" 241lbs.), Thomas will be a smallish OLB. J.T. has good tackling technique by taking good angles to the ball carrier and wrapping up at the point-of-attack. His speed helps him to slip past blockers and slip into the backfield when it comes to run support. He had over 200 tackles during his last three years at WVU. He will struggle when he gets locked up by bigger defenders. His size (or lack thereof) keeps him from being able to disengage quickly from bigger guys. Some would suggest that he just needs to bulk up to compensate for that, but the drawback to that would be a reduction in what may be his best attribute at OLB: his speed.

WCG - Bears fans are always concerned when GM Jerry Angelo drafts a guy with an injury history.  One scouting report I read on Thomas talks about a "minor neck ailment" he suffered before his senior year.  I know he played at an All Big East level last season, but were there any lingering effects from the "minor" injury?  (Back and neck injuries always concern me)

There shouldn't be any injury concerns. He was granted a medical redshirt during the 2006 season due to a lingering ankle injury. During his four year career at WVU, he proved durable, only missing three games during his freshman season and started every game after that. The 'minor neck injury' he suffered did not hold him back too much. Bill Stewart only held him out of camp for precautionary reasons. He went on to earn 1st Team All-Big East honors his senior season.

WCG - Was Thomas asked to cover much in the West Virginia scheme?  And if so was he good at it?

WVU runs a 3-3-5 Stack defense which means that a typical defensive formation consists of 3 down linemen, 3 linebackers, and 5 in the secondary. Therefore, the assignments of the linebacking corps are much the same as what the Bears run. Thomas was assigned to cover backs and tight ends regularly. Thomas' speed will make him effective in the NFL at playing the pass. He should be a big help in nickel packages. Although he only recorded 2 INTs during his career, he did well at breaking up passes. He broke up 7 passes during his junior season which ranked him in the Top 15 in the Big East in that category. That's remarkable because that is a stat that is typically dominated by corners and safeties.

WCG - Was Thomas a player that seemed to step up his play in big games?

Thomas routinely played big in big games but also routinely played big in all games. During matchups with Auburn during his sophomore and junior seasons (which were regarded as WVU's biggest regular season games those years), he earned a WVU Defensive Champion award from the coaching staff for the second game and had a similar stat line in the first game. He was solid in Bowl games too. In the 2007 Fiesta Bowl victory over Oklahoma, in his first full year of playing, Thomas recorded a season high 6 tackles. In 2009, in the loss to FSU in the Gator Bowl, Thomas had 6 tackles. When you look over his performances on a game-by-game basis, the thing that really stands out was that he brought 'it' nearly every game. He consistently recorded 5,6,7 tackles per game to go along with tackles for loss, forced fumbles, fumble recoveries, and generally wreaking havoc on the quarterback.

WCG - Looking over J.T.'s bio I see award after award after award, starting with Scout Team Defensive player of the year as a red shirt freshman to 1st Team All Big East as a Senior.  Can you talk a little about his attitude and work ethic

Thomas' work ethic really set him apart on his team. He won the Iron Mountaineer award multiple times during his career for hard work and dedication during the offseason lifting and conditioning programs. He was the leader on the one of the nation's top defenses last year. He has a good attitude to have in the locker room and an attitude on the field like he wants to destroy someone.

Thanks again to Caleb and The Smoking Musket!