1977 saw the critically acclaimed Rumors released by Fleetwood Mac, it saw the debut of the Toronto Blue Jays and the Seattle Mariners, the iconic and record setting Star Wars opened, The King (no not Lebron) Elvis Presley performed his last concert, Led Zeppelin performs for the final time in the U.S.A., the Son Of Sam is captured, The King dies on his throne, The Fonz Jumps The Shark (literally), a little Lester turns 7, three members of Lynyrd Skynyrd dies in a plane crash, the Bee Gees release the soundtrack to Saturday Night Fever, and Walter Payton concludes what many believe to be his finest season as a professional.

The 1977 Chicago Bears, led by Walter Payton, finished 9-5 tied with the Vikings atop the NFC Central. They lost to the eventual Super Bowl Champion Dallas Cowboys in the playoffs. And when I say 'led by Walter Payton', I really mean led by Walter Payton, as no other member of the Bears '77 offense so much as sniffed a Pro Bowl. Every single defender the Bears played that season had one job. Stop Sweetness. And they couldn't do it. The Bears had the #1 rushing offense that season with 2,811 yards and in the passing game they ranked 21st with 1,844 yards.

In a week one victory over the Lions, Bears quarterback Bob Avellini attempted 9 passes completing 4 of them for 45 yards. A sensational display of aerial football. Payton ran for 160 yards and 2 scores.

Week two the Bears aired it out it a bit more in a loss to the St. Louis Cardinals, as Payton had his worst game of the season with 36 yards on 11 attempts. He did chip in with 4 receptions for 20 yards. Payton bounced back the next week (in another loss) with 19 rushes for 140 yards and 2 TDs, and he added a receiving TD among his 4 catches for 53 yards.

His next monster game was in a week 7 26-0 shutout of the Packers. Sweetness rushed for 205 yards on 23 attempts and 2 more TDs. Avellini had another 4 for 9 day through the air. Stellar!

Two weeks later in a win against the Chiefs, Payton went off again. Three more rushing touchdowns, 192 rushing yards and 29 receiving yards. But it was the following week against the Vikings when Payton had his signature game. Forty carries for a then record 275 yards, in a grind it out 10-7 win.

The next week the Bears took it to the Lions at the Pontiac Silverdome in a 31-14 win, when Payton racked up another 137 yards on the ground, but he also added 4 receptions for 107 yards highlighted by a 75 yard catch and run for a TD.

The Bears beat the Packers again in week 13, behind two more rushing TDs and 163 yards on the ground by Payton. And in the season finale Payton struggled against the Giants, but he still managed 47 yards on the ground and 6 receptions for 23 yards in a 12-9 OT victory that put them in the playoffs. 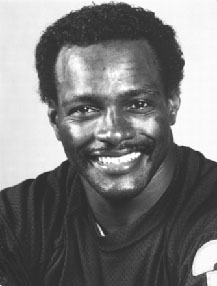 In 1977 Payton was named NFL MVP by the Associated Press, the Pro Football Writers of America, and the Newspaper Enterprise Association. He was also named the NFL AP Offensive Player of the Year and he won the NFL Man of the Year award, which has since gone on to be known as the Walter Payton Man of the Year award. He was 1st team All Pro and was voted to his 2nd Pro Bowl.

He led the NFL in rushing attempts, rushing yards, rushing touchdowns, yards per carry, overall TDs, all purpose yards, and yards from scrimmage. He had 339 rushes for 1,852 yards good for a 5.5 average per carry and 14 rushing TDs. He added 27 receptions for 269 yards and 2 receiving TDs. And he chipped in with 2 kick returns for 95 yards.