Share All sharing options for: Chris Harris asks; Should College Athletes Be Paid? 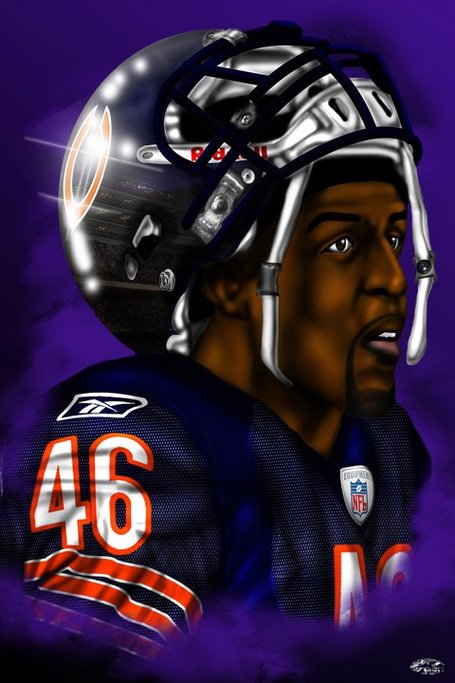 Recently Chicago Bears starting safety Chris Harris gave his thoughts on whether or not college athletes should be paid.  He wrote a two parter on his website, click here for part one and here for part two. Harris is technologically savvy, as he's active on Twitter, Facebook, Google, Youtube, and he's a member of Windy City Gridiron.  He's a very smart man...

In a nut shell, he believes college athletes should be paid, and I agree.  After the jump I'll highlight a few of his more astute points, and I'd love to hear what you think on the subject.  Not just with a simple yes or no, which is why I'm not including a poll, but if you think they should be paid, tell us why.  If you think they shouldn't tell us the reasons for that as well.  But be sure to read The Hitmans thoughts on the subject. He goes into great detail explaining his stance on the subject, and he even nips a few counterpoints in the bud.

Here's his direct quote from part 1 on why he thinks these kids should be paid;

Unfortunately, many student athletes don't have that kind of financial support. They come from non-affluent families who lack the means to even afford life's most basic necessities.

...And that, right there, is the main reason I believe student athletes should be paid.

With so much expected from these student/athletes all year long, taking up virtually all of their time, getting a part time job is impossible.  It's tough for them to even pick up some work in the summer months because they are expected to be going through off season training programs.  I didn't even mention some the rules in place by the NCAA that prohibit these kids from even having jobs.  Harris goes on to say;

Now when I say "paid," I don't mean they deserve a salary. A stipend or an allowance, of some sort, would suffice. After all, college athletics is BIG BUSINESS.

No one can argue the amount of money generated for college athletics, with football and basketball raking in millions upon millions.  Harris lists out some bullet points that really brings this into focus;

That's a lot of scratch.  Harris rants on in part 2 about the free education being enough argument.

Giving these kids enough money for the necessities, with a little left over to catch a movie or dinner with friends isn't that big a deal to me.  Not when you consider how much money we're talking about.  But, it's your turn, leave your comments and let your voice be heard.

Special thanks to Brandon Whitehead for use of the above picture!