Share All sharing options for: A Bears Fan Living Behind Enemy Lines 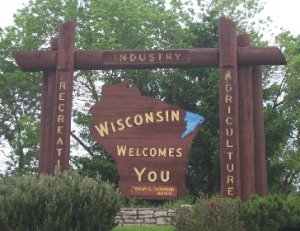 My initial concern (initially after the three I mentioned above) was that my Sunday's would no longer have FOX 32 from Chicago feeding into my television, and my Sunday viewing of the beloved Bears would for the most part be over. But it looks like we live close enough to the border so I'll actually get the Chicago feed from all the networks. Concern #2 was that I'd no longer get the Chicago version of Comcast Sportsnet, and with it my Chicago Bulls, but again, our new cable provider looks to have my Comcast so I won't miss any of Stacey King's latest catch phrases. And much to the chagrin of my wife, I'll still be able to watch every possible Bulls game.

So I guess it isn't all bad. I'm only a half hour from my old hood, so I'll give coaching another year. Thirty minutes isn't really that far to visit friends, and when your daily commute to work is already 4 hours, what's adding another hour... We're friends with our neighbors, so that's a plus, but if their little 5 year old son comes into my house wearing his Green Bay Packers jacket again, there could be trouble.