How to Spot a Fake Bears Jersey

Share All sharing options for: How to Spot a Fake Bears Jersey

The other night, a Facebook friend of mine, a guy I went to high school with, posted a photo of his new Steven Jackson jersey. I know from seeing his profile over the years that he is a Bears and Illini fan, so I asked; "Why Steven Jackson?" He said "Oh man, you should see my jersey collection." This led us to have a chat where I learned how to spot a fake Bears jersey and I figured it would be a good thing to share, as no one wants to overpay for a fake or think you got a great deal on an inferior product. Follow me below the fold and find out what's what.

Now this guy, he's a pretty avid jersey collector, I didn't know this because while we knew each other in high school we were never good friends; but since then I've known he's a big Bears fan and turns out an avid jersey collector. He sent me a link to his collection and he said that it hasn't been updated in a while but he's got quite a few. If you don't want to look he's got a few duds (Salaam, A-Train, Mirer) but he's got some gems like Dent, Zorich, McMahon, and one of every Urlacher (including Pro-Bowl).

He said the easiest way to spot a fake Bears jersey is if it has the sleeve cuff. While the on-field Bears jerseys have the cuff, Reebok has never included this detail on a jersey, even the authentic ones.

The next best way is to look at the sleeve numbers. The official Bears jerseys use a slightly fatter, bolder font on the sleeves than on the front and back. 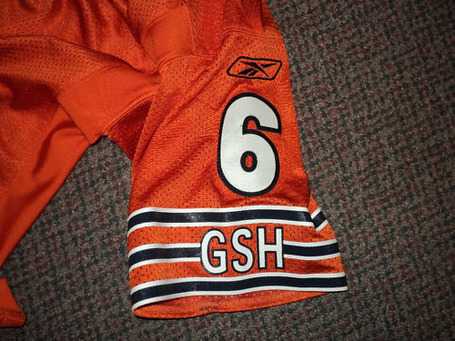 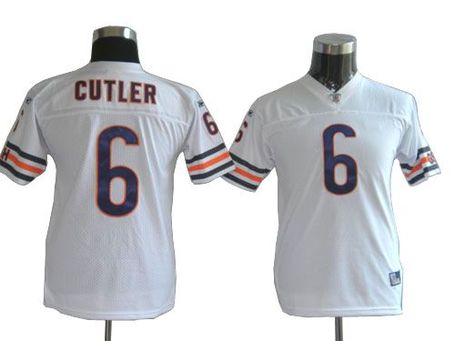 Basically what it comes down to is you really get what you pay for. My friend recommends FootballFanatics.com, outside of the team shops or NFL Shops.

We'll see what will happen when Nike takes over in a couple years.

Here are a couple other sites I found about how to spot a fake:

Well, where do you get your jerseys? Who has the best deals on legitimate authentic NFL jerseys?