As WCG's resident Chicagoan and Polish-American, allow me to wish everyone a merry Casimir Pulaski Day! While not everyone is lucky enough to celebrate this most excellent of holidays, here in Chicago - where the Polish number in the millions - we take our Pulaski Day seriously. So, grab yourself a Polish sausage or three, pour yourself a glass of your favorite Polish beverage, and head below the fold to see the All-Time, All-Polish Bears squad, along with some surprising, definitely-not-made-up tales about these Bears. Na zdrowie!

In close consultation with many a Grabowski, I drew up a list of the many Polish greats who have graced the Bears roster over the years. While we might not be able to fill out a full roster, what we lack in quantity we more than make up for in quality. Have you met our team's coach? 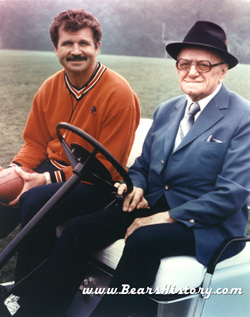 No, not the guy on the right - the one with the moustache. Yeah, I thought you might have heard of him. Really, Mike Ditka should have his own holiday, but since Governor Quinn hasn't gotten back to me about that idea yet, we can settle on putting him in charge of the Pulaski Day squad. I won't bore you by rehashing the many tales of Ditka's greatness, but here's a little-known fact about the man: while the "official" story is that Ditka got in his notorious fight with Buddy Ryan because of differences over how to defend against Dan Marino, the real story is that Buddy Ryan made the mistake of refusing to have seconds of the pierogis DItka's mom had made for their half-time snack. The moral of that story? While you probably shouldn't rush six against a fast-read offense, you should never refuse food from a Polack.

Ditka will also play TE, saving him the effort of having someone else run in the plays. 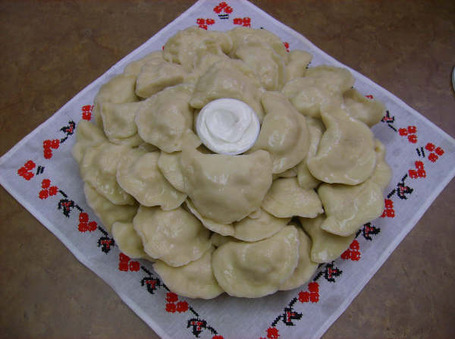 A triple-threat on the field - he could pass, run, and block - Nagurski became a quick favorite among his teammates when he duct-taped a broken wrist back together mid-game in 1931.

The "Polish Connection" of Tomczak and Kozlowski were notorious for their off-field activities, and were often spotted at all-night Polka parties on the West Side by the Chicago media.

Osmanski earned the nickname "the Polish Tank" when Nagurski pushed him into the end zone during a 1940 match-up against the Packers.

Wojciechowski developed his fierce blocking style early in life, when he would block the rest of his family from getting in front of him at the buffet table.

Saved his football earnings so his family could buy up vast tracts of real estate on the Southwest Side. I suspect the family is just biding their time for the hostile takeover of Jim's Original.

Setting the tone for future Bears centers, Szymanski was released from the team by George Halas after he stabbed a fellow player in the hand with a fork. The player's crime? Attempting to take a slice of bread off of Szymanski's plate.

Famous held out from signing a contract with the Bears until George Halas agreed to have Maxwell Street Polish sausages delivered to Wrigley Field on gamedays.

Refused to let Ditka line up on his side of the line on days Iron Mike had been eating the above-mentioned Polish sausages. Ditka couldn't help it, though - so delicious.... 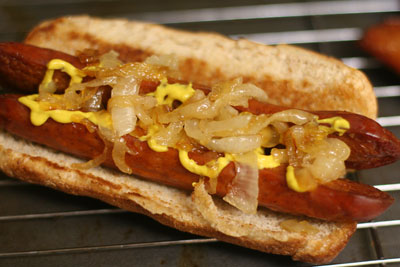 I know the first question you're probably going to ask: where's Butkus? Alas, he is Lithuanian. We're a bit thin on defense, but Bill Swerki told me not to worry, as Ditka can cover the rest of the positions.

Notorious for his pranks, Babinecz was cut from the team after one year. A humorless George Halas told the press, "No matter how cold it gets, the Bears can't play at their best when the Gatorade has been switched out with borscht."

Was confused when Bears' teammates laughed at him for bringing his accordion to the recording of "The Super Bowl Shuffle." Still went on and proved he was the best rapper on the team. 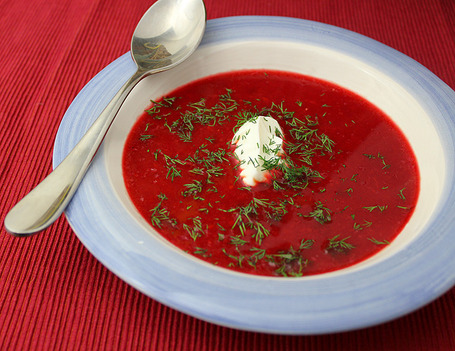 Would have retired a Bear, but a poor investment in a pickled herring fast-food chain forced him to play for another 20 years to pay off his debts. 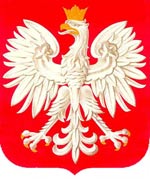 Now there's a team any Superfan can be proud of. Have a bowl of borscht with dark rye on your way to the comments - no really, try some, it's quite good - and I hope you had a great Pulaski Day!