Share All sharing options for: Bears agree to deal with CB Isaiah Frey 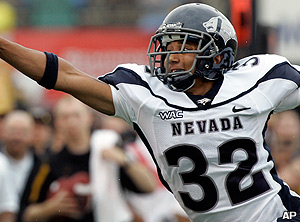 Per ESPN, the Chicago Bears and sixth-round pick Isaiah Frey have agreed to terms on a four-year deal.

Frey is the fourth draft pick to have signed. The others are: