WCG Interviews Shea McClellin: Give Your Sole at the Chicago 13.1 Marathon

Share All sharing options for: WCG Interviews Shea McClellin: Give Your Sole at the Chicago 13.1 Marathon

Last Saturday, Bears rookie Shea McClellin joined forces with Allstate and Save Your Soles at the Chicago 13.1 Marathon. Shea was there not only to encourage the other athletes along, but also to help support the work of Save Your Soles, a group that collects lightly worn shoes and donates them to Chicago-area homeless shelters. Before the event, WCG had a chance to talk to Shea about the race, his time so far in the big city, and his response to those who doubt him. On your marks, get set... 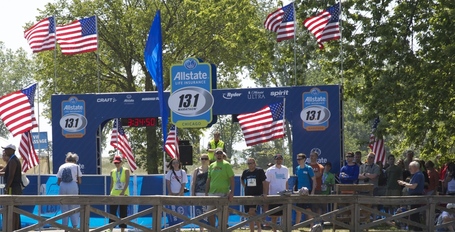 A couple of days before the race, I had the chance to chat with McClellin on the phone. While he was going to be at the 13.1, he was not planning on running in it - he laughed at the suggestion and said that he's "not a long-distance runner." He was, however, working the finish line area to encourage the runners and to help collect shoes for Give Your Sole. As he explained, the goal of Give Your Sole is to collect lightly worn shoes at race events to distribute to shelters and missions in the community. By the time I made it out to the race on Saturday, they had a pretty good collection going and were still taking donations. 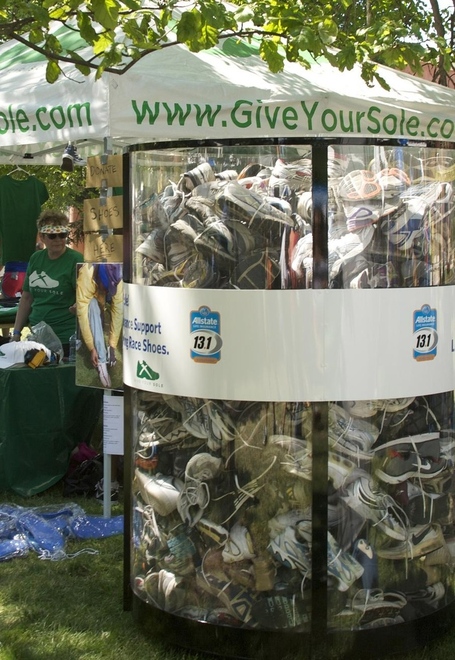 Not a great smell, but a great haul!

He said that his transition to Chicago has been "smooth," and he "likes big cities." He hadn't been able to get too far past just the sightseeing, but his favorite spot to eat so far has been Big Star Tacos in Wicker Park. As far as what he's seen on the field, he "feels like a freshman all over again" as the youngest guy in the front four. His approach has been to "sit back... and listen to whoever talks," and while he couldn't think of one piece of advice he's gotten so far that sticks out, he's been doing his best to absorb the wisdom around him. 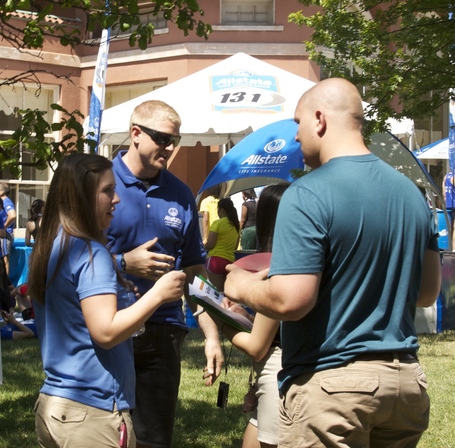 Shea gives this guy a B- for his Urlacher costume.

I had to ask what he had to say to the doubters - the people who claimed he was just too small to play DE in a 4-3. He took about the best attitude possible to his tepid reception here in Chicago: "I just have to go out there and prove myself." As to how he'll fit into the Tampa 2, he said, "I'll be fine. [Bears] ends just have to get vertical and rush the passer, and that's my best asset - rushing the passer." I'm not half as worried about his size as I was - he's been trying to put on a bit more weight for the season - and as you can see, he's already a big dude. 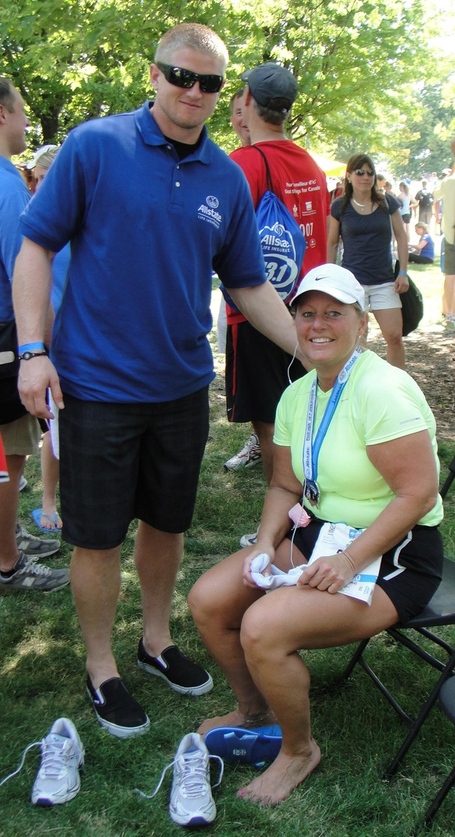 Shea McClellin with a shoe donor

Many thanks to the people at Give Your Sole and Allstate for hosting such a nice event. If you're interested in sending along your own pair of lightly worn shoes, you can find all the information you'll need here.