Last night, Charles Tillman and Kings Lanes & Lounge hosted a celebrity bowl to benefit Tillman's Cornerstone Foundation. Bears both current and former came out to support the cause - Major Wright, Alex Brown, Craig Steltz, Rashied Davis, Gabe Carimi, John Tait, Chris Conte, Anthony Adams, Nick Roach, Matt Toeaina, and Tim Jennings all traded in their cleats for bowling shoes to support Tillman's charity work with sick Chicago children. WCG was on site to talk with the players and get the scoop of the off-season - who is the best Bears bowler? Flip below the fold to hear how the Bears like their new roster, learn more about the Cornerstone Foundation, and to find out who was throwing rocks and who was dead in the water... 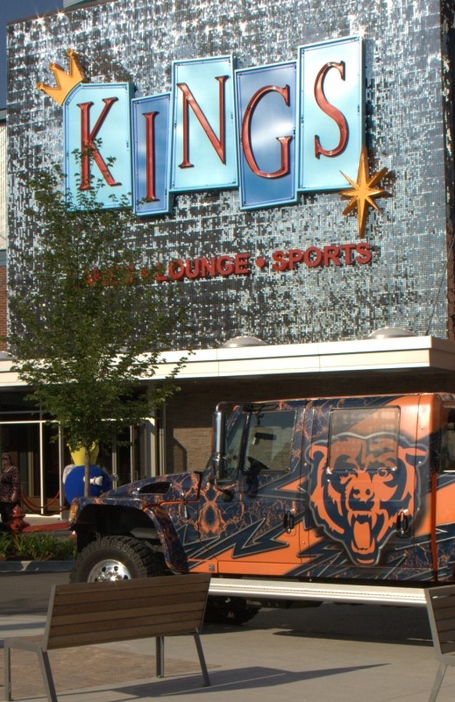 I'm not sure that's a legal parking spot.

The event was hopping from the start. Players mingled with VIPs and the media while the bowlers rolled their way in. The first player to show up was the man in charge of the event, Peanut Tillman. 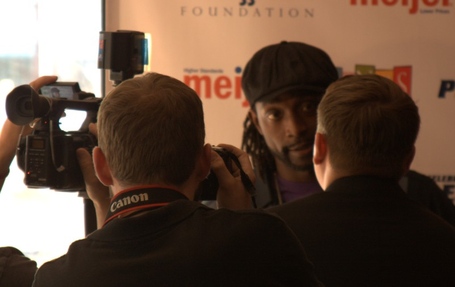 Tillman talked with us about his foundation and his bowling game. The Foundation helps "a lot of people, mainly chronically and critically ill children in the Chicago area. We have lock-ins, luncheons, Christmas parties... just trying to give back." Tillman declared himself a "terrible bowler," but he wanted to do "something different, to up the ante. Golf gets boring after a while." He's been enjoying his off-season so far, saying that football "can wait" while he spends time with his family and friends.

As to all the buzz around the Bears this off-season, Tillman said "We have to prove it. On paper we look good, but we have to prove it physically. I'm willing to say that we can back it up, though." Tillman likes the influx of new talent in the secondary, and isn't taking anything for grated: "We brought in a lot of corners, and I look it at it and say 'guy's trying to take my spot.' It pushes me to stay on top, and I think it's great." He thinks the team is stronger in the secondary than it was last year, and gives all the credit to Phil Emery for building up the defensive depth. For the day, however, Tillman was most excited about bowling. He was looking forward to showing the crowd that, despite his celebrity status, he's simply "normal."

Gabe Carimi had equal confidence in his bowling game, saying that just like in golf, his goal is to "get into the seventies." His strategy? "Grab the smallest ball, and throw it as fast as possible." The knee is good enough to practice and to bowl, apparently - he's "feeling great" and said it was "good to be back to work and back to normal." He also gave a vote of confidence to Roberto Garza, declaring that he "can't say enough" about what Garza brings to the line in terms of leadership and football intelligence. Before the bowling started, Carimi was picking up some more of that football wisdom from former Bear John Tait, who was also on hand to support Tillman.

Dane Noble Fan favorite Craig Steltz was also out for the event. He said that "it's always great to hang with the guys. It's so intense on the field - we're always competing and preparing. Any time you can let your hair down, come hang out with the guys, and come together to help the community, it's a good time." Steltz also welcomed the secondary competition, saying that improved offense and added secondary depth "brings out the best in everybody. It comes from both sides. The secondary, the offense, we're getting better every day." He wasn't willing to predict victory on the bowling lane, but he's excited for the season and the chance to come together with some "tremendous guys" over the off-season to delivery victory on the football field: "This [season] is going to be special - we've worked hard, and I'm looking forward to training camp." 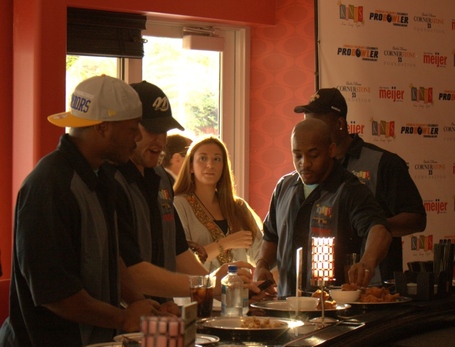 Nick Roach was the most confident of the bunch when it comes to bowling. He declared himself a "natural" and predicted he could outpace the field. He's "exited to keep gelling as a team" and is happy to have full off-season this year, saying that the team has benefited from already having been together for nine weeks - "we spend a lot of hours together each day, and we missed that last year." 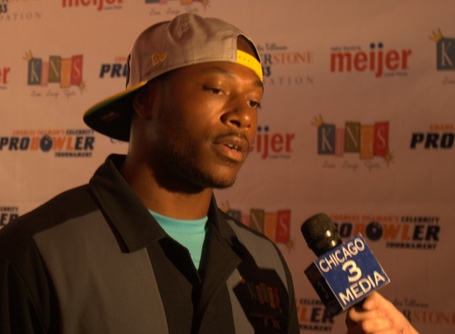 By this time, the event was in full swing, with hundreds of people packed in to bowl or just to meet the Bears players on hand. The lights were turned low, the music was bumping, the Heat-Celtics game was on a dozen giant TVs, and the bowling was underway. 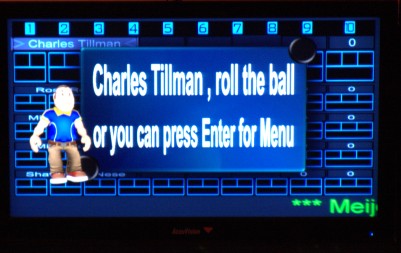 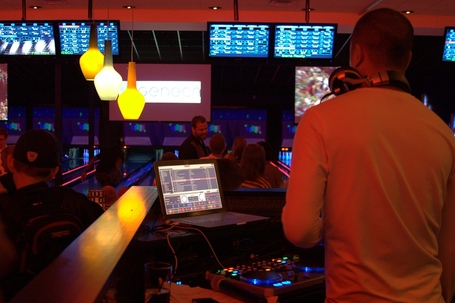 Working the digital ones and twos 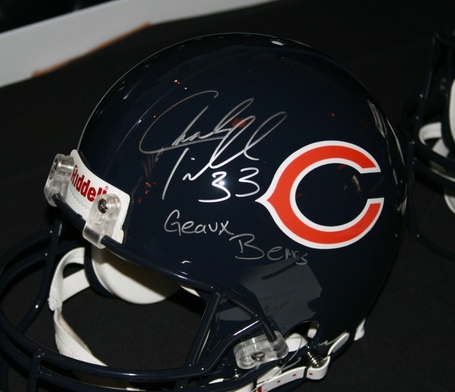 Hey, that would make a good screen name... 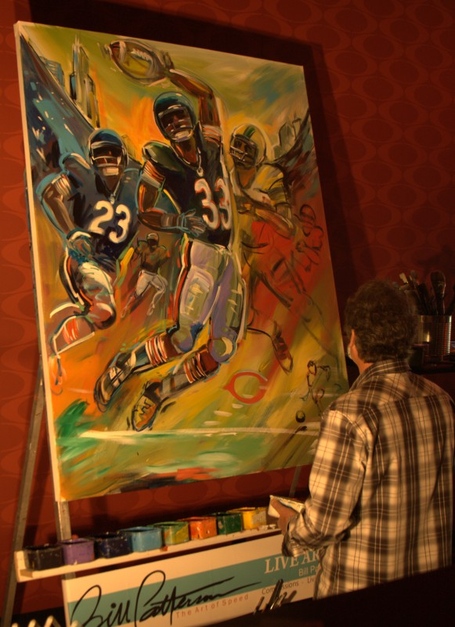 Painted on site, and would look good in any living room

Tillman had said earlier that one of the best bowlers there was Major Wright, and he was spot-on with his prediction: Wright dominated the lanes last night. Here's the full break-down of the Bears' bowling scores:

I wasn't able to catch Tim Jennings' final score - they had him tucked away in the VIP section - but my sources reported that he had rolled a 128 through eight frames and had an open ninth. Based on that, my statistical projection would put him in a solid second place behind champion Major Wright. Most impressive, however, was the play of Toeaina - he has a broken right hand, but still out-bowled most of the field throwing lefty.

The most important score of the night, however, was the total haul for the Cornerstone Foundation. The event had already raised $160,000 from ticket sales and sponsorships, and between the silent auction and memorabilia sales, I would estimate that the event ended up topping over $200,000 that will go to Chicago families in need. That's an amazing sum for an amazing organization. If you want to join Charles and help support in-need Chicago youth, the Cornerstone's website can give you details about where to send donations of games, movies, and cash. And, if you're in the Chicago area and want to join in the fun, you should also watch the website to keep an eye out for future events - it's a great way to support a very worthy cause and meet some Bears at the same time!

Many thanks to Charles Tillman and the Cornerstone Foundation for the amazing work they do to help the lives of Chicagoans, and thanks to event sponsors and the people at Kings for being wonderful hosts. Keep up the great work on the field and off it, Peanut!