The Lighter Side - Famous Football Quotes

Share All sharing options for: The Lighter Side - Famous Football Quotes 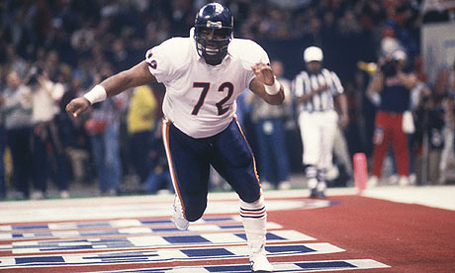 Here is a selection of funny, humorous and/or famous football quotes. Some of which you probably know by heart.

Bo Jackson: "If my mother put on a helmet and shoulder pads and a uniform that wasn't the same as the one I was wearing, I'd run over her if she was in my way. And I love my mother."

Erma Bombeck: "Thanksgiving dinners take 18 hours to prepare. They are consumed in 12 minutes. Half-times take 12 minutes. This is not coincidence."

William "The Refrigerator" Perry: "I've been big ever since I was little."

Rickey Williams: "I didn't quit football because I failed a drug test, I failed a test because I was ready to quite football."

Jack Tatum: "I like to believe that my best hits border on felonious assault."

Bob Golic: "If you're mad at your kid, you can either raise him to be a nose tackle or send him out to play on the freeway. It's about the same."

Tom Landry: "Football is an incredible game. Sometimes it's so incredible, it's unbelievable."