Five Questions With And The Valley Shook about P.J. Lonergan

We're going to pay a visit to the SB Nation college sites of the Chicago Bears rookie class to gain some insight on the newest Bears. Today we'll talk to And The Valley Shook about undrafted free agent center P.J. Lonergan.

Share All sharing options for: Five Questions With And The Valley Shook about P.J. Lonergan

The Bears signed two undrafted free agents from LSU, and since we're talking about SEC talent, there's a chance they might stick on the roster. I had the chance to talk with Billy Gomila of And The Valley Shook, the SB Nation site that covers all things LSU Tigers about two potential members of the Chicago Bears 2013 rookie class.

Both center P.J. Lonergan and running back Michael Ford come to a Bears team that could use competition at their respective positions, and either one could be a camp surprise.

First up our Q&A about Lonergan.

Windy City Gridiron - There were only a few centers drafted in the entire draft, and those few can also play guard. NFL teams just don't put a lot of value on offensive linemen unless they are versatile. Does Lonergan project to a guy that can play guard or is he strictly a center?

And The Valley Shook - Lonergan was a full-time center here, so I would imagine that's the only position he knows. He's a bright guy, and I'm sure he could pick up guard if he had to, but center's definitely what he knows.

WCG - In your draft profile about you mention that he has a tendency to get overwhelmed at times against bigger defensive tackles, do you think this is more due to lack of strength or poor technique?

ATVS - I think its a combination of things. Lonergan's strength was fine when he could get off and be the one making contact, but quicker guys with strength, such as Nick Fairley during his Auburn days, could absolutely maul him. He's just a bit limited in terms of his athleticism.

WCG - You also mention that his medical report could be a red flag to GMs, besides the high ankle sprain his junior year that took 2 games from him, what other ailments were there?

ATVS - It was common knowledge that Lonergan would play through a number of injuries -- ankles, knees, and a back problem this season. He's one tough SOB and he powered through on more than one occasion, and his teammates loved him for it.

WCG - Centers are often called upon to be the most cerebral member of the o-line, and by all accounts Lonergan has a high football IQ. Do you think with school out of the way, that he could improve his strength and athleticism to come closer to his smarts?

WCG - Bottom line, did the Bears find a gem with P.J.?

ATVS - In my honest opinion, I can't see him having a huge NFL future, but you never know. If he takes to coaching and really dedicates himself, Lonergan's a big kid that had a lot of success pushing around some of the best college defensive linemen in the country here. Former LSU center Todd McClure never looked like anything special, but he just wrapped up a 10-year NFL career with the Atlanta Falcons as a seventh-round pick who was "too small." So there's hope for P.J.

Thanks again to the guys over at And The Valley Shook! 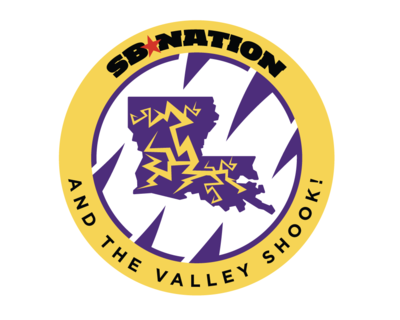 More from WCG: Breaking Down the Bears Schedule: Weeks 1-4

More from WCG: Story Stream - Five Questions With... SBN on the '13 rookie class