The Chicago Bears legend is hanging up the cleats after 13 seasons.

Share All sharing options for: Brian Urlacher officially announces retirement from the NFL

The end is here.

Middle linebacker Brian Urlacher, the ninth overall pick in the 2000 NFL draft, is retiring after a storied NFL career. From his twitter feed:

The 8-time Pro Bowler & 4-time First-Team All-Pro played with the Bears for his entire professional career. 41.5 sacks, 22 interceptions, 12 fumbles forced, and 16 fumble recoveries during that time.

Highlights of the Bears legend 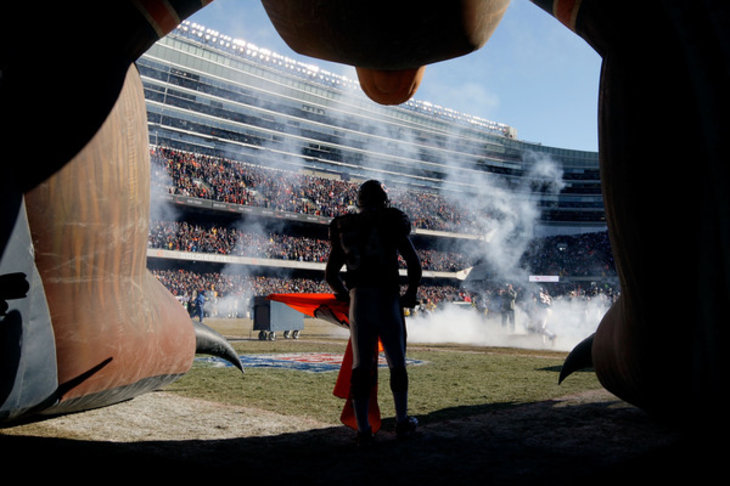 With a career that spanned so many years, it's impossible to make a definitive highlight reel, but this is good.

A solid prospect coming out of New Mexico, Urlacher set the franchise record for tackles in a season with 153. However, his career really began to flourish when defensive-minded Lovie Smith took control of the Bears in 2004. The Urlacher-led defense in 2005 (where #54 was the defensive player of the year) went to the playoffs, and in 2006 they played in, and ultimately lost, the Super Bowl. In 2012, Urlacher was awarded the Ed Block Courage Award, given to those who show a commitment to sprotsmanship and courage.

After watching long-time head coach Lovie Smith get ousted from his position following several disappointing seasons, speculation came as to whether the Bears would want to bring the linebacker back. There was some discussion early on, but contract talks broke off when they could not come to an agreement on the funds.

#54 on the field, and #1 in many of our hearts, Urlacher defined the Chicago Bears for an entire generation of fans.

Share your favorite Urlacher memories below. We'll feature several looks back at this iconic Bears over the next few days.

Update: Just because we can, here's an Urlacher feel-good memory.

Brian Urlacher Retires from the NFL