We're going to pay a visit to the SB Nation college sites of the Chicago Bears rookie class to gain some insight on the newest Bears. Today we'll talk to Dawg Sports about sixth round draft pick, Cornelius Washington from Georgia.

Share All sharing options for: Five Questions With Dawg Sports about Cornelius Washington

When the Chicago Bears took Georgia defensive end / linebacker Cornelius Washington in the 6th round of the NFL draft, it was universally lauded as a great value pick. In the months leading up to the drat, Washington saw his stock rise as far as the 2-3 round after showing his freakish athleticism at the combine. At 6'4" and 265 pounds he ran a 4.55 forty, he did 36 reps of 225 on the bench, his broad jump was 128', and his vertical was 39'. Crazy.

We had the chance to talk with MaconDawg of the SB Nation site that covers the Georgia Bulldogs, Dawg Sports, to find out a little more information about the Bears newest defensive end.

Windy City Gridiron - At Georgia Washington played both the 5 technique defensive end and OLB in their 3-4 defense, but in Chicago the Bears plan on putting him at DE in their 4-3 defense. Do you think his skill set translates well to the 4-3?

MaconDawg - "CornWash" as he's affectionately known probably translates better to the 4-3, which makes sense given that he was actually recruited by Georgia's prior defensive staff which used the 4-3 as its base formation. In the 3-4 Washington is a little too big to play outside linebacker and smaller than ideal for the defensive end spot. However in the 4-3 his size/speed combo should allow him to play a great 5 or 7 technique.

WCG - If you went off his size, speed, and strength, he's one of the most impressive athletes at the combine, why didn't that translate to more production at Georgia?

MaconDawg - Washington was actually relatively productive given Georgia's system and relative to his more heralded teammates Jarvis Jones and Alec Ogletree. He actually tallied 5 sacks and 29 quarterback pressures in 2011, and 13 quarterback pressures in 2012. Looking at the film, some of Jarvis Jones' sacks came after Washington broke down the pocket. If there's a knock on him it's that his effort isn't always consistent. Sometimes when stymied he doesn't give the second effort necessary to finish the play. Washington also struggles sometimes in rush defense, where his height is a detriment and he doesn't always use great leverage. I think the Bears see potential in him, as well they should.

WCG - He had a DUI in 2011, were there other character concerns either before or after that?

MaconDawg - No. I may have concerns about Washington's effort at times, but I know of no one who's ever had any worries about his character. In fact, after that D.U.I. he apologized immediately to his teammates and fans, and came back strong. He's always had a reputation as a good guy and a good teammate.

WCG - I read that Washington added over 40 pounds since high school, was that a testament to his work ethic?

MaconDawg - Washington actually finished in the top 3 in the 100 hurdles at the Georgia High School Association state track championships in high school. At the time he was 6'4 and 220 pounds and there were questions about whether he'd grow into a defensive end. I watched former Georgia offensive lineman A.J. Harmon, another blue chip prospect, level him when the two competed in high school and was concerned about that precise thing. But he did put in the work, and is a physical specimen. Part of that is work ethic, but to be honest some of it is just filling out and growing into his body.

WCG - A pulled hamstring limited his work at the Georgia pro day, was he a durable player during his Bulldog career?

MaconDawg - Generally speaking Washington was very reliable, especially once he filled out some and got used to the pounding involved with big time college football. He missed some practice time during his redshirt freshman year with shoulder and forearm injuries, but otherwise could be counted on to suit up.

In closing, if the Bears needed a pass rushing defensive end going into this draft, they got one. CornWash is a quarterback stalker who can be unleashed on 3rd down, and who may move into an every down role with good coaching and reps in a system that he's better suited to than Georgia's current 3-4.

Thanks again to MaconDawg of Dawg Sports for dropping some knowledge! 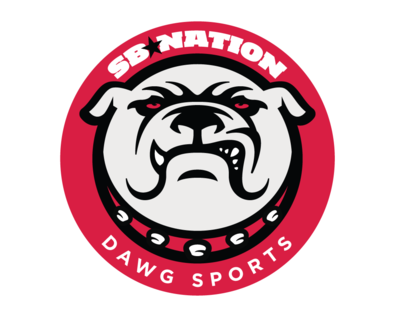 More from WCG: Which Bears rookie will have the greatest impact in 2013?