The longtime Bears veteran will return to the Bears on a one-year deal.

"It's a tough business," Trestman said. "We want Roberto back. He knows we want him back. We believe he should finish his career with the Bears. He does so much in our community. He's such a leader in our locker room. He knows how we feel about him.

Those were the head coach's words last week about veteran guard-converted-to-center Roberto Garza, and the Bears have let him know exactly how they feel now. As always, the guy in the know is Brad Biggs:

#Bears have re-signed C Roberto Garza to a 1-year contract.

Garza has missed only two games in 8 seasons, and has long remained a steady veteran presence. Taking over at center after the Bears were unable to come to terms with Olin Kreutz, Garza was marked as a perfectly acceptable average by profootball focus with a season overall of 7.2.

This allows the Bears to know who their center is, determine if Taylor Boggs could be the future, or possibly even draft a late round center to develop during the 2014 season. With Garza at age 34, it could be that his career is done before too long.

As we get details on the contract, we'll update you, but let us know how you feel about the return of the Garza.  Also, more of these, please: 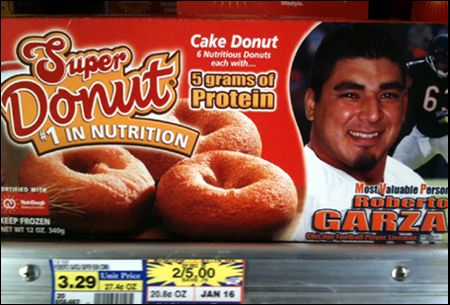