We're going to pay a visit to the SB Nation college sites of the Chicago Bears rookie class to gain some insight on the newest Bears. Today we'll talk to Chuck Workman (Flyers13), Managing Editor of Gobbler Country, about first round draft pick Kyle Fuller from Virginia Tech.

Share All sharing options for: Five Questions With Gobbler Country about Kyle Fuller

Recently we had the chance to talk with Chuck Workman (Flyers13), who is the Managing Editor of Gobbler Country, the SB Nation site that covers the Virginia Tech Hokies, about corner back Kyle Fuller.

Windy City Gridiron - I know Fuller played various positions at Virginia Tech, but can you give us more info about their scheme and how he was used?

Gobbler Country - VT plays a 4-3 set where they oscillate between running a 4-2-5 (with the nickel often occupied by a hybrid player we call Whip or even an extra corner or safety), and a 4-4 where they drop an extra defender in the box. VT isolates the field and boundary sides, so the cornerback doesn't generally follow the other team's top WR around, and the deep coverage over the top is usually the cornerbacks not the safeties. VT has a an extensive array of blitz packages, and attack from various angles, Fuller was often the man sent, and he did a fantastic job. In order to keep the play in front of them they use an Under/Robber package that doubles as a pressure front. Fuller admittedly didn't have to cover WRs for tremendously long periods as the pressure VT generated was often sufficient enough to generate enough duress from the opposing offense.

Windy City Gridiron - The Bears defense lost a bit of their takeaway luster last season, and in looking at the stats I see Fuller only had six career interceptions. Was that more from teams avoiding throwing the ball near him, or does he have suspect hands?

Gobbler Country - He played a lot of Safety early on, and was incredible in run support. When he moved to cornerback, he didn't see a ton of balls thrown his way. This past year he moved up and played that hybrid spot a lot because we once again had two tremendous true freshmen cornerbacks who were ready to play (one of them his brother Kendall). Then he got injured. His hands are anything but suspect. He commanded respect his whole career back there; opposing QBs knew where not to throw.

Windy City Gridiron - Toughness is something Bears fans expect out of their players, can you speak on that aspect of Fuller's game?

Gobbler Country - He just needs to rub some 'Tussin on it. Next question.

Windy City Gridiron - Kyle Fuller has the whole bloodline thing going on, he's one of four brothers to play at Va. Tech, how do you feel that translates to his maturity, his football I.Q. and his leadership towards his teammates?

Gobbler Country - All a big part of why I called him perhaps the safest pick in the draft, though admittedly I said that at picks 22-25. The Bears organization went a little overboard, but they must have really gotten a vibe that Pittsburgh wanted him at 15! Either I think your question answered itself with all of those intrinsic qualities that contribute to a good "make-up".

Kyle suffered through two trying years here at VT, we have grown quite entitled over the years as a fan base, and Kyle was one of the reasons we still have a bowl streak and a consecutive winning season streak that's second in the nation. You just wish his last two years had gone more like his first two. No player deserved it more.

Windy City Gridiron - With his family's blueprint on how to succeed in the NFL, and mentors he can rely on back home in Baltimore and at his alma mater in Blacksburg, is Fuller a surefire bet to be a success?

Gobbler Country - If you had 53 guys with Fuller's work ethic and intangibles, you'd have a team that contends deep into January. That's what I meant by safe. With a family blueprint like his, and parents like his, and a Virginia Tech education and mentors he can rely on for advice in Baltimore and Blacksburg, he is a surefire bet to be a success. He is all about football. Maybe you guys will like him so much, you'll book-end him with his little brother on the other side in two more years. He won't go begging out of any home NFC Championship games against Green Bay I'll give you that much.

Thanks again to Chuck Workman (Flyers13) of Gobbler Country! 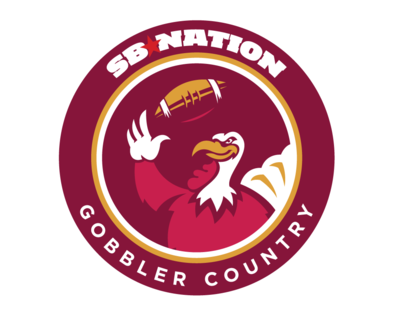