Five Questions With State Of The U about Pat O'Donnell

We're going to pay a visit to the SB Nation college sites of the Chicago Bears rookie class to gain some insight on the newest Bears. Today we'll talk to Jerry Steinberg, Managing Editor of State Of The U, about sixth round draft pick Pat O'Donnell of the Miami Hurricanes.

Share All sharing options for: Five Questions With State Of The U about Pat O'Donnell

Recently we had the chance to talk with the Managing Editor of State of The U, Jerry Steinberg, about new Bears punter Pat O'Donnell. State of The U is the SB Nation site that covers the Miami Hurricanes, and The U is where O'Donnell played his last season of collegiate ball.

Earlier this week Jerry asked me a few questions about how O'Donnell would fit in with the Bears and you can find that Q&A by clicking here.

Ed.: These 2 Q&A's were done before O'Donnell was banging footballs off the ceiling of the Walter Payton Center yesterday at rookie mini camp.

Windy City Gridiron - With O'Donnell being so athletically gifted, did Miami use him in any tricky ways?

State Of The U - Surprisingly not. I honestly do not recall any fakes that directly involved O'Donnell. He did however have a tackle that forced a fumble on the opening kick off against Pitt at about the 32 yard line in Miami's regular season finale. No play involving O'Donnell better illustrates his athleticism than that one.

WCG - I read that O'Donnell was the primary holder on extra points and field goals? Did he have any butter-finger issues last year?

SOTU - None. He is very sure-handed. I would imagine that if the Bears chose to have him as the holder for Robbie Gould he would excel in that role as well.

WCG - How often did he put the ball in the end zone on kickoffs?

SOTU - Interestingly enough, I could not find a statistic anywhere online for this when I was researching to put together a profile on O'Donnell for the draft. But I will say this, in my personal estimate, he was well above average in this area. Some of which can be credited to playing in the weather friendly confines of Sun Life Stadium. To promise the same in Soldier Field would be getting ahead of ourselves. But remember, O'Donnell spent 3 seasons at the University of Cincinnati before coming to UM, so he is no stranger to colder environments. Given the strength of his leg, I would forecast pretty decent results should he be given that responsibility in Chicago.

WCG - O'Donnell added over 5 yards to his punting average between his senior year at Cincinnati and his graduate year at Miami in 2013. Do you think this had more to do with the better weather or his hard work?

SOTU - I would have to say a little bit of both. O'Donnell is legendary for his work in the weight room. His combine results, (bench-pressed 225 pounds 23 times at the combine, 2 more than Jadaveon Clowney, and ran in the 4.6 40 range) speak for themselves. Miami head coach Al Golden went on record more than a few times praising his work ethic. So to give all of the credit to the warm weather in South Florida would be unfair. But let's be honest, short of playing in a dome, Miami is as kicker friendly as it gets for a kicker/punter.

WCG - What do you feel he needs to work on to ensure his spot on the Bears as a rookie?

SOTU - In all my years of covering and watching College Football, I have never seen a more NFL ready kicker/punter than O'Donnell. Miami had a pretty good one in Matt Bosher (now with the Atlanta Falcons) a few years back, but I think Pat was more consistent than Bosher in college. It's hard to be that impressed by a punter, but this guy is clearly not your average punter. As long as he remains the same hardworking player and can handle the winds late season, I feel he is going to be a Pro Bowl level punter with a long career at the next level.

Thanks again to Jerry Steinberg of State Of The U! 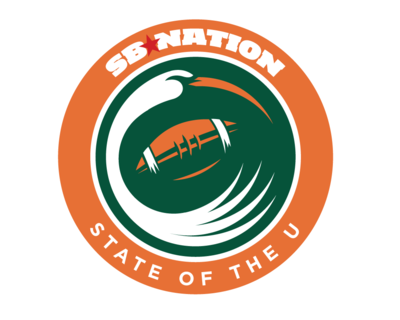