A new week, MUCH happier results! (Unless you're one of those who are rooting for a better draft pick). Not me. I'll take wins over draft position any day. I'll trust Pace to pick a player that will make a difference, no matter if he's picking at 10 or 17.

I was going to jump into the 1st Q thread as it started and suggest a "Shuggs" drinking game: Every time Shuggs makes a bad pun or joke, take a drink. Ultimately, I thought better of it. I couldn't see putting half the folks into a coma by the third quarter.

Alas, it may have been safe to call said game. I noticed Shuggs in the threads, but he seemed to be off his game (Hallelujah!) and kinda quiet.

Anyway, on to what you came for:

Holy Spam Attack to start the thread.... Flag these Martzers early and often.

billyboyxoxox: Screw the draft pick status and screw the tanking without Jeffery and McClellin dilf. Get over it. The Bears are going to make do today and martzing win out this season! 7-9 here we come! BEAR DOWN!! NOW!!

We usually have "What Dils said." But for this moment, it's "What Gruss said." (and, MAN, wasn't it a glorious spectacle?)

billyboyxoxox: Trestman the pack. May they blow the division crown! BLOW IT!!

Keep your mook to yourself, Wally!

WhiskeyRanger: Bear Down Trestman the Packers. Good to be back in a game thread. I actually kinda missed you mooks last week.

Wally007: I got your mook right here pal!!! Welcome back

The afforementioned spammers got one....

WhiskeyRanger: God Damnit! Those spammers made me click on one of their links. I was trying to reply to a post, and they posted their long ass image spam above it bumping everything down, and I tapped on an image… Kromers!.

Beer Down!: I still rick roll occasionally So… yeah… I’m stuck in the past

German_Bear: don't all Bears fans live in the past sometimes?

Beer Down!: I don't know what you're talking about 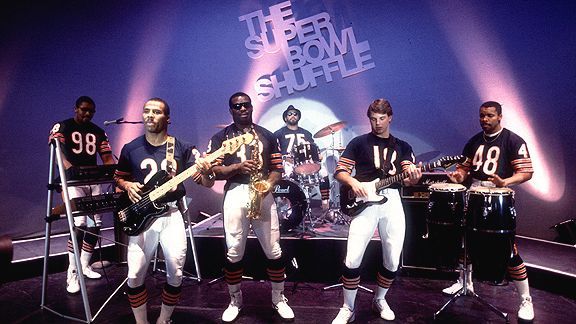 Lost, you might want to give Halas Hall a call with this one.....

LostInSTL: So apparently...If your o-line blocks the defense, you gain positive yards. TheBears might want to look into this innovative strategy.

Valid question for some, I'm sure.

C-Razzle (Tim Baffoe Tweet:) At some point it has to be asked of Jay Cutler why he hasn't stepped up and attempted to improve the Bears special teams.

LostInSTL: Say what you will about...Mariani, he fights for 1st downs.

WhiskeyRanger: He's a terrible returner. That’s what I will say.

WhiskeyRanger: OK. We can add the words "App Store" to the "things Arnold Schwarzenegger should never say" list.

Windy Cynic: you have no idea what a shitty governor that slob was

Bears-Cubs Bulls: The Challenge master IS in the house

Ed with the zinger...

LostInSTL: My only thought today...

nothererightnow: no thanks I had too many relationships start that way

Bears-Cubs Bulls: What all my special lady friends said over the years

The fashion police have arrived. TB, you're under arrest.

seandmills: Haven't watched a lotta bucs But damn.. These uniforms are atrocious. Who said "hey, what if our uniforms looks like digital alarm clocks? People would love it!"

Nut_Cracker: Hey, we're down 7 at the beginning of the 2nd qtr. Where have I seen this before?

Wally007: Come on gang, we need some hyperbole!

Nut_Cracker: Amos is a future Hall of Famer!

Wally007: With that defended pass, he has easily earned an MVP selection

German_Bear: how many first quarters without any points did we have? feels like we’re only scoring in the 2nd and 4th

DutchBear: I feel nothing watching this team today.

Much celebration....(gif made me chuckle)

Assy McGee: That a boy Carey

WhiskeyRanger: I have a better drinking game. I call it Take a drink: Take another drink. It’s self perpetuating.

Ahhhh, the old TWSS....long time since that's appeared in the threads.....

Bears-Cubs Bulls: could you make it a little bigger? I don’t have my glasses handy

BOBdaBEAR: TWSS - it is said the man later died from burn wounds.

Looks like Nomad is making his fashionably late appearance as usual...

62GTO: Well its not true, so theres that

Nomad30: I see we have points, so at least it's not a shutout.

TC53: Royal is playing and made a catch!

Nomad30: Almost like somebody knows how Smith's defense works and how to chop it up.

nothererightnow: can we have a red zone TD please

Bill Cartwright's Elbow: Only if you say six Hail Cutlers

WhiskeyRanger: And two Our Papa Bears

tfrabotta: Can we please just win To guarantee a better record than last year??

Nut_Cracker: I dunno. I feel like I want the higher pick now that the season has gone trestmanall.

Nut_Cracker: He needed the change of scenery. He would’ve imploded in Chicago.

Nomad30: Imploded or gone nuclear? Either one seems to fit.

TC53: now we have the 3rd qtr to look forward to...what is Bears' point differential in 3rd Q this year?

Nut_Cracker: infinity, for the opponent.

I'm sure anyone hearing this would think the same.

C-Razzle: "Lovie was animated"? No he wasnt…

Chitownproduct: I was gonna type the same thing lol

Defense back to its old tricks....

LostinSTL: That was a great attempted tackle...

Twice in one game? (Ms Lovie is in trouble tonight)

Gruss72: When did Lovie learn how to throw a challenge flag?

Nomad30: He did it a lot for us, it was just almost always idiotic.

TC53: refs are twice as bad now...easy to win challenges

Gruss72: there may be something to that theory

Jacqui13: Love wins again. Damn he never did that here.

LostinSTL: THAT... Is making a play.

Chitownproduct: Now that's what you call Making a play!

What Black Magic is this? (Not seeing the game, I have no idea who did what here) (C-Razzle gave me the answer)

What about the Easter Bunny?

Nut_Cracker: TOUCHDOWN BEARS!! Play Action fake. So, it DOES exist in Gase’s playbook!!!

Wally007: Its like the 'tooth fairy' you hear about it all the time, but never seen it

Why haven't I heard about this before?

Nut_Cracker: Why not a 2 pt conversion?

tfrabotta: Right? What do they have to lose?

WhiskeyRanger: Well Taking one puts us up by 2 fieldgoals. If we go for 2 and miss, 2 field goals gives them the lead. I’m not sure if you’ve heard, but Fox is a tad conservative. : )

Nomad30: Fuller just made a monster play on that one.

German_Bear: although he never looked to the ball

Mr. Titanium: Lol You know what happens sometimes when you look at ball, you misjudge it and the receiver catches it. Then yall would have worse to say. Be thankful for the play made.

MidWayMonster54: Better than losing to Pickles . (Bet that would leave a sour taste in their mouth - SGNDave)

It's one of the Seven Signs of the Apocalypse....

Wally007: Two slants in one game. WTF am I seeing?

mustang6944: Because we already have he lead If it was for the win or tie, then worry.

Nut_Cracker: lol. Was that preemptive?

They probably all do, but still funny when the mic's catch it....

Nomad30: Hey, Rodgers does that too.

Nut_Cracker: Miss one, for Robbie! YES!!

mustang6944: Glad to see someone else miss an important field goal.

C-Razzle (Brad Biggs Tweet:) Hroniss Grasu back in at center for #Bears to start this possession

Nem54 : cool, he needs a healthy off season to bulk the emery up, he is so small

So much for that, Panthers...

C-Razzle: There you go, Panthers. There was your Miami game. Go on to win it all

TC53: Looks like LOLions are going to win..next week for 3rd place in NFC North

Nut_Cracker: He can, when he's coaching the Bears.

Here we go.... (and Shuggs pipes in. I asked in the comments of last weeks BOGT: "I'm wondering if Kev might let me borrow the Pun Hammer for a moment…")

TC53: Cutler crazies at WCG getting pumped up for a Cutty lovefest

Nomad30: Whee, first December win since 2013! It’d be nice if Tampa isn’t our last win of this season like they were of last season, though.