In this installment I will be talking specifically about Bears WR Kevin White and the two injuries that, when all is said and done, will have likely taken him out of 28 regular season games in his first two years in the league. I am not a medical proffesional. Any estimates on my part regarding recovery time are purely conjecture. Sources for medical terminology, signs/symptoms, treatments and estimated recovery times are:

I really thought things couldn't get worse for the Bears on the injury front. I was wrong. As of today Ryan Pace's first three draft picks of his tenure as the Bears' GM are seriously injured and two of those three won't be seeing the field again until 2017. I know injuries happen but I am seriously debating visiting a witch doctor to see if he can remove whatever curse has been placed on the Chicago Bears locker room. Alright let's get to it. 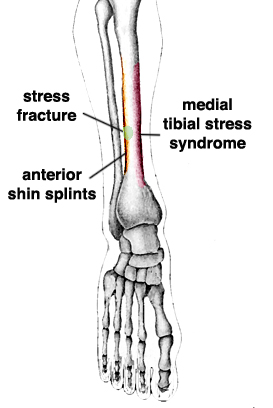 Medial tibial stress syndrome, commonly known as shin splints, is an inflammation of the muscles, tendons, and bone tissue surrounding the tibia (shin bone). it is commonly caused by over-exhertion and/or drastic change in physical activity. It is a relatively common sports injury and usually very simple to treat. Severity, and recovery times, vary from person to person. Treatments include anti-inflammatories, ice, compression, specialized stretches and rest. Upon return to physical activity taking it slow is very important. Jumping right back into the same duration and intensity of work you had prior to injury is a very bad idea.

Diagnosis of shin splints is an interesting subject because there are a number of other conditions that cause very similar symptoms including stress fractures, tendonitis and chronic exhertional compartment syndrome. We all know that last year Kevin White missed the entire season after his shin splints did not respond to traditional treatment, and he developed stress fractures, resulting in the need for surgery. The surgery conducted is called intramedullary nailing, a process in which a solid rod is inserted into the marrow canal of the tibia and then held in place by a series of screws. It is a fairly popular surgical option because it has the best chances of resulting in a well healed and aligned bone. As we all saw last year, the recovery time from the surgery is extensive and comes with a pretty hefty rehab period afterwards for elite level athletes. 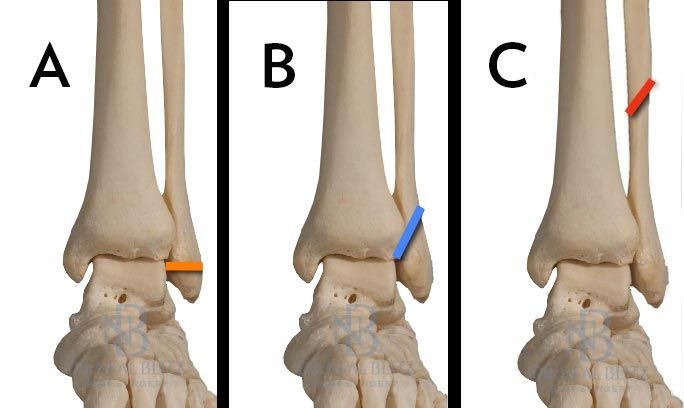 I covered High Ankle sprains in a previous installment so I won't go into detail regarding that part of White's recent injury. It's pretty obvious that he is dealing with a grade 2 or 3 sprain (read either minor or full tear) of either the posterior or anterior tibio-fibular ligaments (or possibly both ligaments). If this were the only part of the injury he would likely be looking at 4-8 weeks before he was ready to return to action much like the recovery timelines that Eddie Goldman and Jeremy Langford are currently looking at. The problem is that he is also dealing with a fractured fibula, also known as a Lateral Malleolous Fracture.

The fibula is the smaller, thinner of the two main bones that make up the lower leg. It meets up with the tibia and the talus to form what is commonly known as the ankle bone. The need for surgery, as well as the proposed recovery time, vary depending on the injury. If the fibula is fractured but not mis-aligned, and the rest of the ankle is stable then surgery for the bone may not be necessary. If surgery is necessary then, depending on the exact location of the fracture, it may entail a combination of screws, plates, or even rod to provide stabilization during the healing process.

Now I want to touch on a specific part of the paragraph above. Stability of the ankle is the key to whether or not surgery is 100% necessary. I watched as Kevin White hobbled to the sideline on Sunday. He had a noticeable limp but he did move to the sideline under his own power. That doesn't necessarily mean anything and may very well have made things worse but it is something to think about within the given context.

From a recovery standpoint it could take anywhere from 6-12 weeks after surgery before White is able to start fully rehabbing. This completely depends on which part of the injury, if not both, requires surgery to fix. Absolutely best case scenario would be a grade 2 sprain and a fracture that does not adversely affect ankle stability. This would mean no surgery for either injury, probably 6 weeks (most of it in a boot or cast) to allow the bone to heal properly, and then rehab starts (I'll guesstimate 2-4 weeks to be at least ready for full speed and contact). Worst case is a grade 3 sprain to one or more ligaments and a de-stabilizing fracture. Surgery would occur for both ligament and bone damage with hardware installed. 6-8 weeks in a cast, followed by a second surgery to remove the temporary screws, followed by another 4-6 weeks of recovery from that surgery, and finally rehabbing back into football shape.

Yet another thing to think about, if you want to feel even worse, is the compartment syndrome I mentioned in the first section. 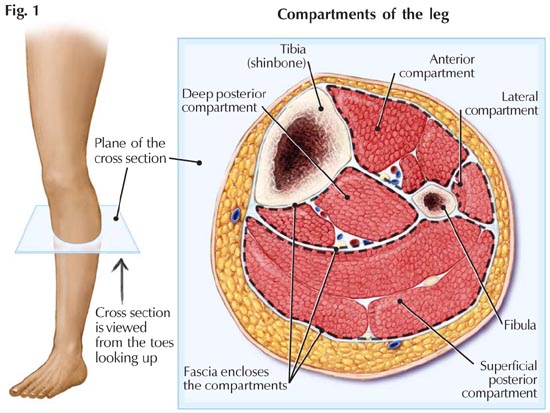 If you want all the grizzly details about the two main types of compartment syndrome feel free to check out the various medical sources, and images, around the interwebs. The only reason I'm bringing it up is that acute compartment syndrome can be a side effect of broken bones in the lower leg while chronic exhertional compartment syndrome can cause, or at the very least increase the risk of, stress fractures. I am not saying that Kevin White has, or will have either of these conditions it is simply something to think about moving forward (if you like thinking about morbid things).

So the basics of the condition are blood flow being restricted through the compartments of the lower leg. Since the Fascia which holds the various muscle groups together does not expand this restriction of blood flow can be caused by over-developed muscles, chronic inflammation, or scar tissue from previous injury. Blood begins to pool within a given compartment, causing extreme pressure on the bones and other internal elements. It can cause extreme swelling of the body part, massive "bruising" similar to that seen in hemophilia, numbness in the extremities, stress fractures, and bone splintering.

Since I don't like ending things on such a depressing note here is a .gif of a hamster eating a tiny burrito...

As always thank you for reading. Let's all send some positive thoughts in the direction of our fallen Bears and try to keep our heads up despite the current troubles facing the team (both injury and non-injury related).

The Bears still have Jeffrey and Royal (which should be a fairly potent WR tandem) but who do you think is going to step up and grab that brass ring now that White is out of action?