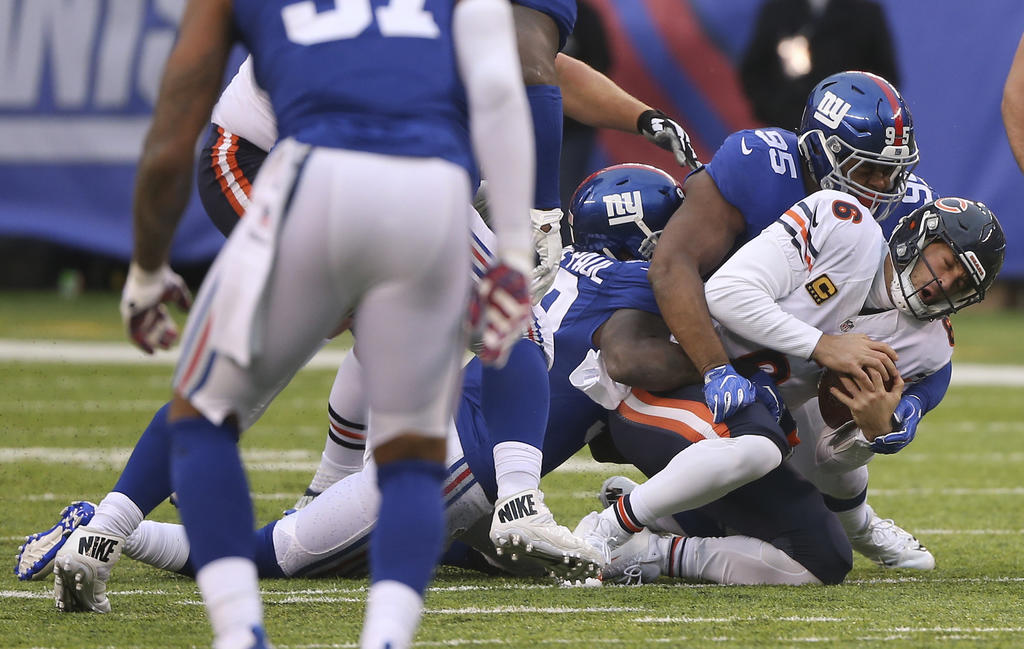 There's a lot of debate right now regarding whether or not the Bears should bring Jay back next season based on how Barkley is playing, but do they even have a choice?

So the question in the headline is obviously rhetorical since I don't think any Bears fan is oblivious to the fact Cutler is on IR. I do have to wonder, however, if many of us are simply taking for granted that Jay will have a full recovery and be back to work as the most experienced and physically gifted QB currently on the Bears roster once OTAs/Training Camp roll back around. For those of you who don't know the details of his injury, he was scheduled to undergo surgery for a torn labrum in his right shoulder approximately two weeks ago. I did a fanpost earlier this season about shoulder injuries, specifically Kyle Long's labrum tear, which provides sources for types of injuries and possible recovery times that you can check out if you are so inclined.

Now to the point. Recovery times can range anywhere from 3-8 months, on average, for labrum surgery. 3 months would put us to Free Agency before the draft. If the Bears plan to move on from Jay they could try to trade him, but would he be able to pass a physical? If so would the Bears be able to find a team willing to take a chance on a QB who, while obviously talented, suffered injuries to both his throwing hand and throwing shoulder in the same season and what would be fair market value for said QB?

If his recovery is longer (4-6 months) then a trade is likely out of the question so do they cut him to save cap space or keep him on and hope he is good to go for OTAs/Training Camp? How heavily do they weigh the possibility of him re-injuring the shoulder (No matter how fully he recovers that labrum is now weaker than it was before and more susceptible to injury)? If his recovery time goes even longer (6-8 months), and they are faced with one of those magical "cut before" salary deadlines can they really take the risk and assume he will even be the "Same old Jay"?

Jay Cutler's arm is one of his signatures. If he ends up not being able to sling the ball 50 yards through the air or laser it through tight windows anymore then that fundamentally changes who he is right? Suddenly he's a decently mobile QB with slightly above average (or even average) arm strength who turns the ball over more than most people care to see. I'm not saying for sure that this happens but we can't simply assume it won't and take for granted that we're talking about the same guy when we predict the QB situation for the Bears next year.

I don't want to make this about QB comparisons. Cutler and Hoyer both started games this season and both are now on IR. Barkley just finished his 4th start and has two more left before the end of the season so let's all just hope and pray that he doesn't meet the same end as the guys who came before him. If he doesn't get injured and, at minimum, maintains the level of play we have seen in the last 4 games, then he will be the starting QB for the Bears by default (Fales does still exist) until such time as somebody better, and healthy, steps into the picture. If he shows marked improvement, or completely craps the bed, over the next 2 games then it could fundamentally shape how Pace approaches the draft this year.

I'm personally going to wait till the season is over, and I have two more games to evaluate Barkley, before I put forth any kind of solid opinion. That said, I have liked a lot of things I've seen from Barkley and I definitely would not be opposed to seeing him re-signed for a reasonable amount and brought back next year regardless of what happens with Jay.