One of my favorite writers is a man named S.C. Gwynne, an Austin based author with a love for history, the west, and men with astounding conviction. His previous two books are about an obscure Comanche chief, and a Confederate General. Both were amazing leaders, and my thought process and leadership style was significantly impacted by each volume. Mostly, it is just enjoyable to learn about history through the words and research of such a gifted historian.

This is why I was so excited to learn that Gwynne, a very well respected academic, had written his latest book (The Perfect Pass) about the two men who invented the "Air Raid" offense. I smiled and laughed out loud in anticipation of how fun I knew it was going to be to read Gwynne expose so many forgotten moments of innovation set among the background of my favorite sport.

Summary: Hal Mumme was a lifer coach, frustrated that he was always at high schools and tiny colleges getting ground up verse large players and programs. He sought a way to turn the tables, and scheme his teams inherent advantages. In this way "The Perfect Pass" is a David and Goliath story, as well as a fascinating look at ambition and innovation clashing against established thinking and methods. While many pro and college coaches were bragging about 500+ play playbooks as early as the 1960s, Mumme and his main assistant (Mike Leach) rewrote the NCAA record books with an 11 pass, 5 run offense. It was so simplistic, that they did not even have a physical playbook, because the scheme was so easy to teach and learn.

If you love football, and I'm sure anyone reading this does, you would really enjoy this book. In addition to teaching the history of the passing game in football, it also weaves an optimistic sub plot as to how just as the invention of the forward pass saved football from becoming banished in the early 1900s, that these newer evolutions in passing and blocking have the promise of helping history repeat itself. Great quote from Teddy Roosevelt in 1909 that anyone who wants to abolish football "wants to turn boys in to mollycoddles instead of virtuous young men." But of course the concussion epidemic is real, and there are many components of the Air Raid (offensive line set up, reduced 8 man fronts, etc) that bode well for the future of the game.

There are a lot of Bears that show up in here too! Halas is mentioned, Leslie Frazier was one of the few small school college coaches (while at Trinity) to stop the early Air Raid, and of course most of the Air Raid plays were adapted fro the BYU playbook, which Jim McMahon executed to perfection in the early 80s. As a matter of fact, its not hyperbole to state that Jimmy Mac was a main inspiration for Mumme and Leach and all they went on to produce.

More than anything, "The Perfect Pass" is a celebration of innovation. Mumme and Leach were the first to use: a streamlined playbook, operate entirely from the shotgun, package plays (multi options at the line for the QB to attack set defenses from), and adjustable routes by receivers. The thought behind, and fight to implement, each of these is deep and fascinating.

Finally, as draft season approaches, this book is an incredible resource for discerning fans who want to know why scouts can't gauge OTs, QBs, and WRs from pass happy college programs. An Air Raid QB makes many reads, but all are based on simple sight alignments and body positioning (very little anticipatory reads). They never take the snap under center. Most play calls are four words or less or are signaled with a picture from the sideline. Since the routes stretch the defenders in so many directions, most passes travel approximately 8 yards off the ground and require much simpler trajectory than throws in pro systems. OTs rarely come out of a two point stance. Receivers basically run one route with 5 options. You read this book, and you understand how it could be possible that the Cliff Klingsberry's and Ty Detmers and yes Luke Falk's of the world could pass for 5,000 yards in college and lack the skillset to run even basic pro plays. It doesn't mean they are poor football players, it just distinguishes the completely different requirements of dynamically different ways to play the great game of football.

If you are the kind of guy that likes it when a color commentator uses the teleprompter to explain a play, if you are the type to call your own plays and make pre snap reads when you play Madden football, or if you just enjoy stories of great innovation... I promise you would enjoy reading The Perfect Pass. 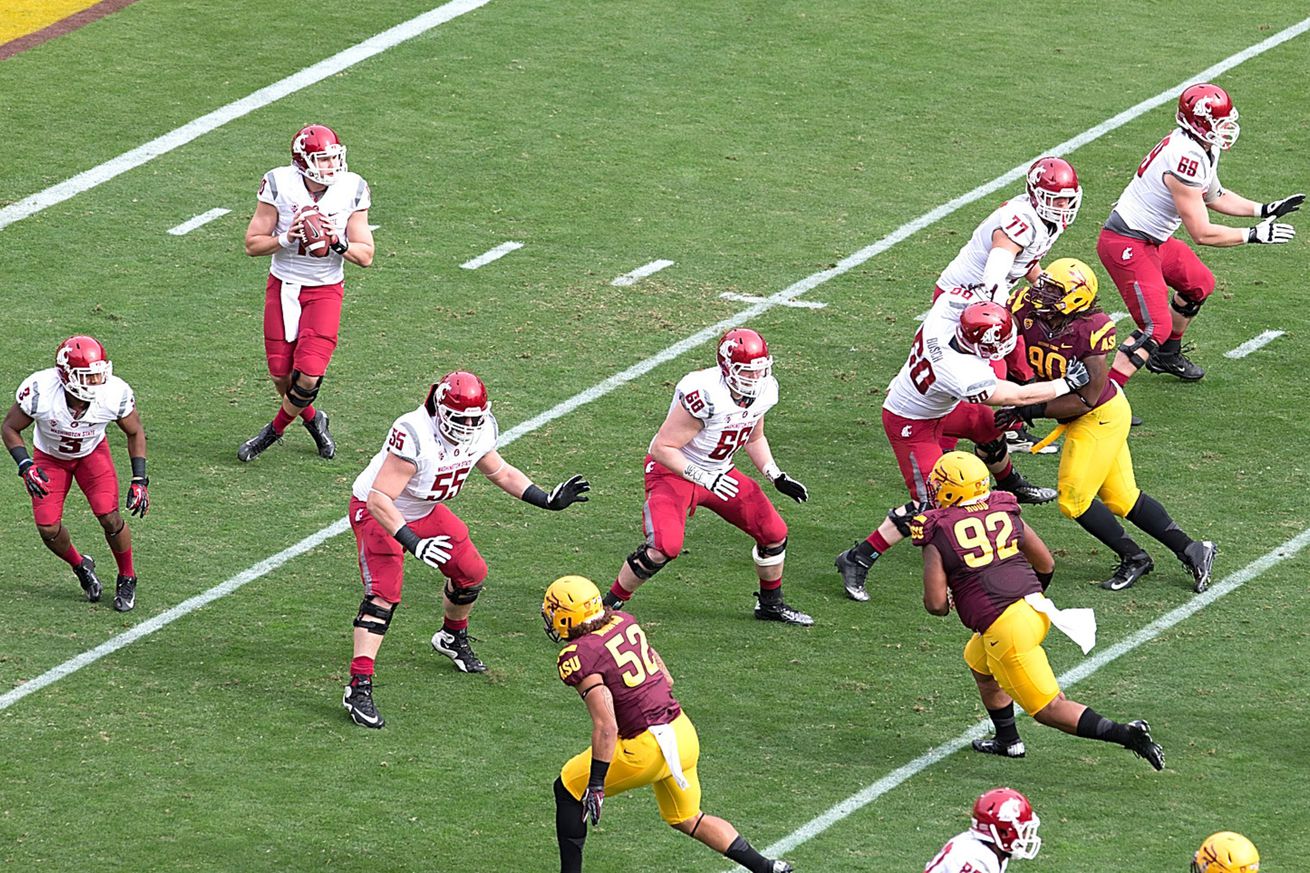 - Note the space between the O linemen. A Mike Leach invention widespread in the college and HS game today.