When the NFL owners announced the decision to eliminate the first roster cut-down period, it reassured one thing: competition is king. Previously, teams were forced to cut rosters down from 90 to 75 players just before the fourth preseason game of the year. Now, upwards of 480 players will have an additional opportunity to more film out for their respective teams and the other 31 teams in the league. There will be only one cut down following the preseason, from a 90-man roster to a 53-man. Needless to say, Ryan Pace will have much of the 53-man roster decided before the final preseason game; however, many players will greatly benefit from additional practice time and extra game reps. I'll highlight five players on the current roster benefiting from these additional snaps and practices. 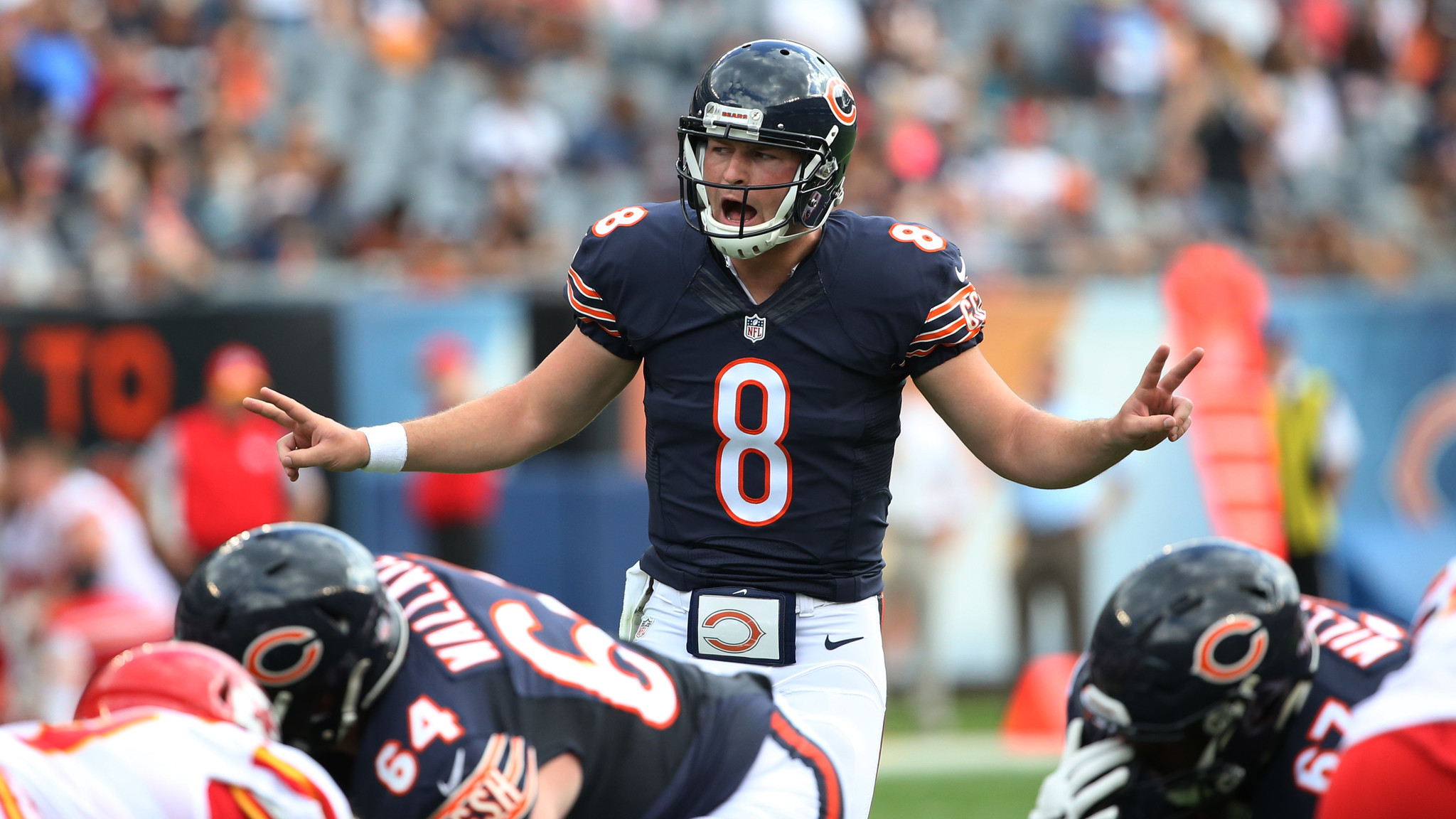 One of the bright spots during the preseason last year was the solid play of Connor Shaw. Shaw, who arguably played himself into roster consideration during the preseason, suffered a gruesome leg injury against the Kansas City Chiefs last August. During the preseason, he was 11-for-16 for 132 yards and threw for two scores. While those numbers are not staggering by any means, the offense moved the ball more efficiently with Shaw under center. Shaw's familiarity with the terminology of offensive coordinator Dowell Loggains worked to his advantage last year. But the NFL is a "What have you done for me lately?" type of league. With the addition of first round pick Mitchell Trubisky and free agents Mike Glennon and Mark Sanchez, one could assume Shaw will see a very limited amount of snaps in preseason. However, with Glennon and Trubisky likely to sit the fourth game, Shaw will have an opportunity to put tape out to the league. Will Shaw wear navy and orange past the preseason in 2017? It's hard to say, but he should be thankful he'll have another opportunity to show what he's a capable NFL quarterback. 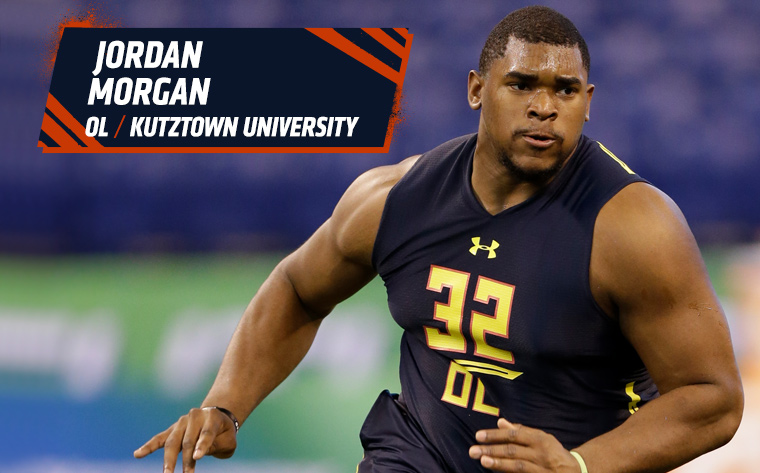 At Kutztown University, Morgan started 43 of 44 career games at left tackle, became two-time team captain, MVP and All American, and the 2016 Gene Upshaw award winner, given to the nation's top Division II lineman. Unknown to most before the draft, Morgan caught the eye of NFL talent elevators early in his draft process. Ryan Pace selected Morgan as a developmental offensive lineman with future starting potential. Initially, Morgan will slide in and compete at guard. During his time at the Senior Bowl, Morgan impressed the Bears new offensive line coach Jeremy Washburn. Morgan's transition inside began immediately. In an interview with Dan Durkin of The Athletic, Kutztown head coach Jim Clements stated when Morgan returned to Kutztown after the Senior Bowl, he started taking snaps at center. While physically Morgan appears ready to perform in the NFL, his technique will need polished. Initially as he accommodates to the level of competition and position change, Morgan will need game reps to work what he has learned. The fourth game will allow Morgan critique his own game. I anticipate Morgan as a reserve OG/OC this upcoming season with an opportunity to become an eventual starter in 2018. 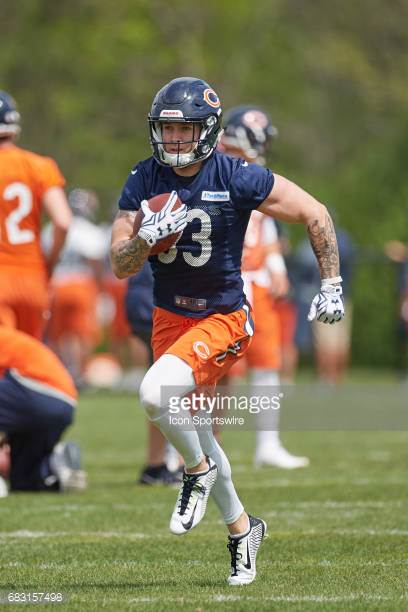 Want to know more what kind of football player Tanner Gentry is? Just ask possible 2018 #1 overall pick Josh Allen. Allen could speak on Gentry's stats, 72 catches for 1,326 yards and 14 touchdowns last season at Wyoming, big play ability, and/or development as a receiver. However, it's Gentry's competitive nature that sets him apart. Consequently, Gentry grabbed the attention of the media during Bears rookie camp when he showed instant chemistry with Bears 1st round pick Mitchell Trubisky. The Bears wide receiver position battle will be one to continually monitor during the preseason. In a deep veteran position grouping, Gentry will have to earn reps during practice if he wants to see action in the preseason. The question then becomes if Gentry can play special teams on the NFL level. Personally, I see Gentry as a practice squad candidate. However, with his physical traits and competitiveness, don't be surprised if he ends up on a NFL roster this fall. 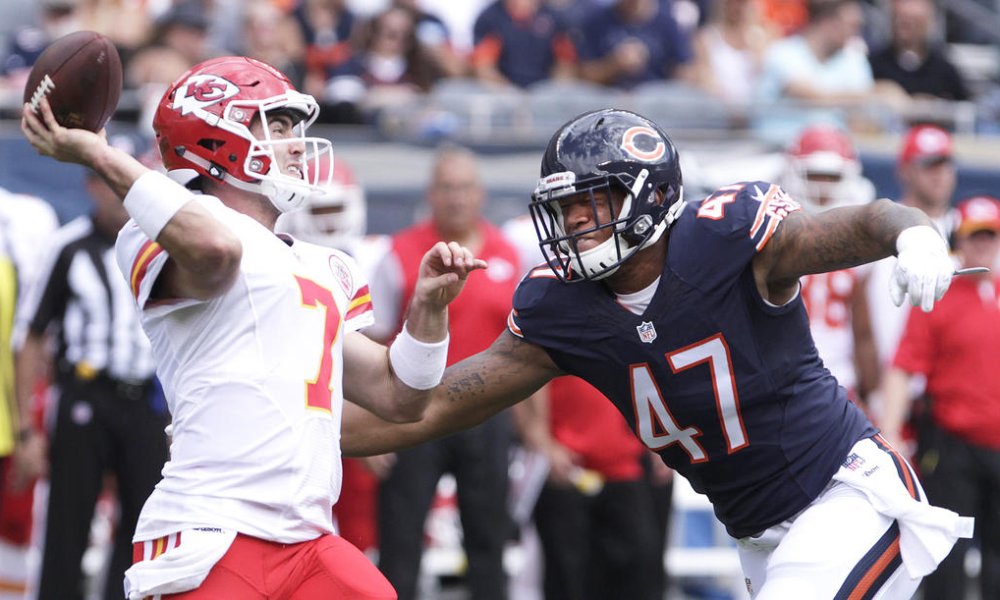 After being placed on the illness/non-football injury list last season, Roy Robertson-Harris is changing positions from OLB to DE in his second season in the league. As a result, Robertson-Harris has spend the off season bulking up as he prepares to play 5 technique in the trenches. With his size, speed, and strength, Robertson-Harris could push Mitch Unrein at DE for reps in the preseason. However, with a change in position, one could assume he will need work to refine his technique. Consequently, the more opportunity to play, the better his technique will become. Nevertheless, Robertson-Harris is an intriguing prospect, but the change in position and year off football place his back against the wall when it comes to making the 53 man roster. If I was a betting man, I'd expect Robertson-Harris to be a practice squad candidate. 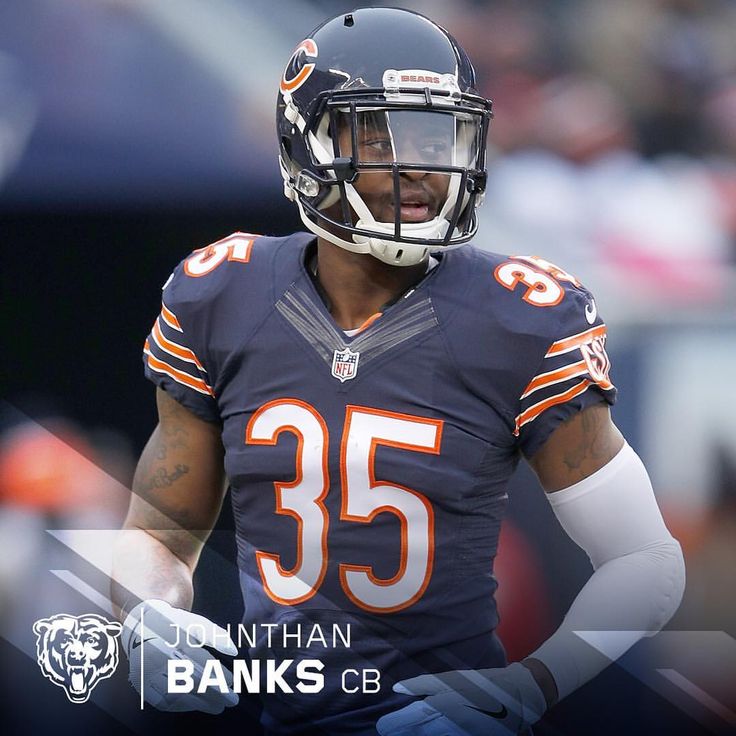 The NFL stands for Not For Long. Nevertheless, for Johnthan Banks, his career could be entering a crossroads. After starting his career in Tampa Bay, Banks was traded to the Detriot Lions before being claimed off waivers by the Bears. However, last season was his least productive year during his career. Banks played two games last year for the Bears at the end of the season. As the roster is currently constructed, the Bears will enter training camp with upwards of 17 defensive backs. While the former second round pick has the size Vic Fangio prefers in his cornerbacks, Banks has to prove he can put it all together to stick on the 53 man roster. For a player fighting for his career, that all important fourth preseason game just may be all the opportunity he needs. For Banks, it's an opportunity for him to stay in the league.

Unfortunately, after the fourth preseason game, thirty seven players from each team will be released as teams trim their rosters in preparation for week 1. To put that in perspective, 1,184 players will be told their services are no longer wanted. That's nearly 41% of the league without jobs after 4 weeks. The fourth preseason game might not stand up to the high standards we as fans place on the league; however, with established veterans, rookie draft picks, and undrafted free agents competing for jobs, the opportunity the fourth preseason game represents could be the one chance a player needs.