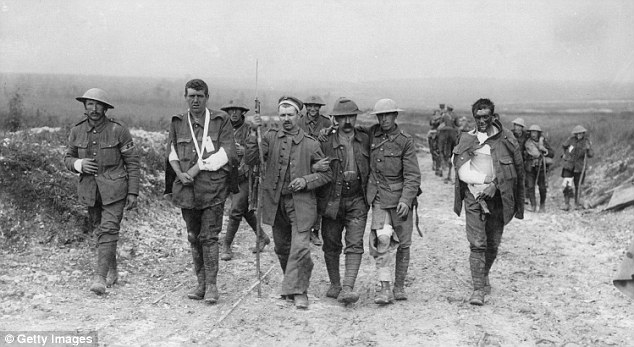 New season, new installments of the most informative/depressing Fanpost series around. As always, I am not a medical professional. Recovery estimates quoted in this, or any other installment of the series, are purely conjecture. Sources for this article are as follows:

When I started this Fanpost series during the 2016 pre-season it was really only supposed to be a one-off rundown of concussions and the NFL protocol. At the time we had Eddie Royal, Zach Miller and Kadeem Carey in various stages of return from the protocol and a lot of questions around WCG as to why some guys were taking more time to get back on the field than others. Of course I had no clue, at the time, the extent and variety of injuries that would occur during the season. Five Fanposts later I had covered concussions, multiple types of knee injuries, high ankle sprains, torn labrums, sprained thumbs, soft tissue injuries, shin splints and broken bones.

With Training Camp around the corner, and people already reading far more into OTA participation than they should, I have decided to kick off the first installment of the 2017 season with a look at the "Walking Wounded" on the current Bears roster.

Two things before I get into the breakdowns:

A) If I have covered a specific injury in a previous article I will provide a link rather than giving the fully detailed breakdown here. This will help keep this from being a 5000+ word post.

B) I do not view participation at OTAs as full recovery from an inury nor do I view being held out of one or two practice sessions during OTAs (White) as a sign that recovery is not on track.

With that said, let's take a look at some of the high profile, extended timeline injuries that many of the presumed starters are facing.

Long suffered a torn labrum during the preseason. It didn't cause him to miss much, if any, action during the regular season and he opted out of surgery to repair it. It's worth taking a look at this breakdown by Howard J. Luks MD. Regarding labrum injuries and how, in many cases, surgery isn't always necessary. I'm not overly concerned with this injury having any immediate effect on Kyle's play time at the start of the season. That said, there is a chance it becomes an issue further down the road.

The ankle injury he suffered in week 10 against Tampa is a much larger concern. Standard recovery has a timeline of 3-5 months post-surgery. This is partly due to the need for a second procedure to remove the stabilizing hardware placed in the ankle from the initial surgery. This would leave me assuming that his initial recovery is complete, or close to it, but the second stage of recovery still needs to mentioned. That 3-5 months is all about the ankle itself healing to the point that it can effectively, and painlessly, support weight. It does not include regaining full range of motion, regaining full strength of the muscles, or cardio re-conditioning. In my opinion Long starts training camp on the PuP list but is cleared to play week 1 of the regular season at the latest.

I'm loathe to put a guess out there regarding McPhee since last season I was sure he would be back for week 1 and he ended up being a no-go for the first part of the season. I am, however, optimistic regarding the weight loss when it comes to helping limit further deterioration of his knee during the season. He's essentially dealing with a meniscus issue (the cartilage that acts as a buffer between the bones that make up the knee) which can never truly be fixed, only treated.

Houston and Grasu both suffered the same injury (the second such for Houston) around the same time. Grasu tore his ACL during the preseason while Houston injured his during week 2 against the Eagles. Historically speaking both should be good to go, though possibly to a limited extent, for training camp. Even with a recovery timeline that can go as long as 9 months that would put Grasu's recovery complete by mid/late May and Houston ready to go by early June. The fact this is the second injury for Houston to the same knee does give reason to doubt his ability to fully recover and be effective in the NFL. I even gave my opinion last season that I thought he was done in the NFL, let alone for the Bears. According to this interview, however, he is ready to prove me wrong.

Trevathan is a completely different story. The diagnosis of a ruptured patellar tendon was attributed to Danny during week 12. I'm going to be blunt, this is one of the most catastrophic knee injuries one can suffer. In the best case scenario only the tendon was injured and he is facing a 9 month recovery plus re-conditioning meaning he either goes on the PuP or IR to start the season and comes back around the midway point. Worst case, and honestly more realistic scenario would be that the tendon rupture, and resulting destabilization of the structure within his knee, caused his patella to dislocate from its normal position. That dislocation has the potential to cause fractures in the patella itself, and damage secondary ligament, tendon and cartilage structures in the knee. If that is the case I'm not going to be surprised if he doesn't see the field again until 2018, if at all.

Miller suffered a reoccurrence of a Lisfranc injury that he suffered back in 2014 when Jason Pierre Paul stepped on his foot during week 11. Surgery for the injury involves two separate procedures. The first procedure re-aligns and secures the tarsals with plates and screws. After a 9-12 week healing process the second procedure is used to remove the hardware. Simple math would tell us this adds up to around 4-5 months after recovery from the second procedure. While it's the expected bravado Miller has gone on record stating that his foot is "near 100% if not there already". I don't think it's out of the realm of possibility that he has finished healing and will be a solid go for training camp. If his foot is close to 100% now then he should even have some time to re-condition prior to the start of training camp as well.

Kevin White...this kid catches all the breaks, just not the good kind. I honestly don't know if the Bears are being super cautious with Kevin due to his value as a high draft pick or because they think he's truly fragile. From a purely medical standpoint he's had more than enough time to recover from surgery and re-condition prior to OTAs. I definitely understand the idea of not "pushing it" during a time when all anyone does is run around in shorts. That said, he needs to be full go, no questions asked, at the start of training camp.

I wasn't able to find much detail regarding Jackson's injury other than "fractured leg". I did see an update regarding him having screws removed but that doesn't shed much light on things either. Since his injury occurred in late October (not long after White suffered his) it's pretty safe to assume he is expected to be fully healthy and reconditioned by the start of, or shortly into training camp. 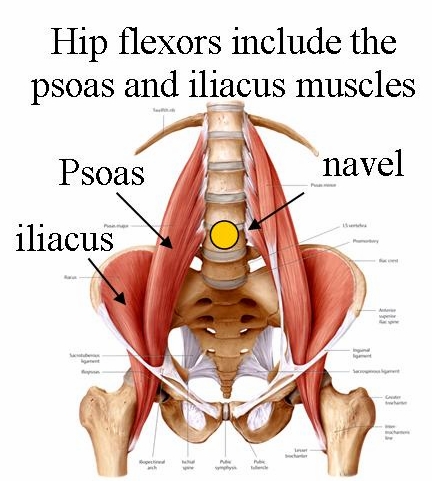 So I have to say I hate the ambiguous wording used in injury reports and articles. "Hip injury" could mean any number of issues but I finally found an article which narrowed it down to a hip flexor injury. As the picture above shows you, the Hip Flexor helps to connect the upper leg, pelvis, femur and lower spine. It is a major part of the "core", a massive group of muscles which help provide stability and range of motion for the legs, hips and abdominal region. Common symptoms are pain when raising the leg or bending at the waist. For a guy whose job description is to, bend at the waist and push through 300+ pound men on a repetitive basis this is not a fun injury. I wasn't able to track down a date for his surgery but he is still on the road to recovery. The problem with putting an estimated return time on Howard is that, most of the time, Hip Flexor injuries heal without the need for surgery. In fact, only the most severe strains (read tear) even require surgery so recovery timelines aren't really set in stone. This is one where we just kind of need to sit back and wait to see how things progress.

As always, thanks for reading and let me know in the comments what your thoughts are regarding the players discussed.

How many different injuries will I be covering this season?