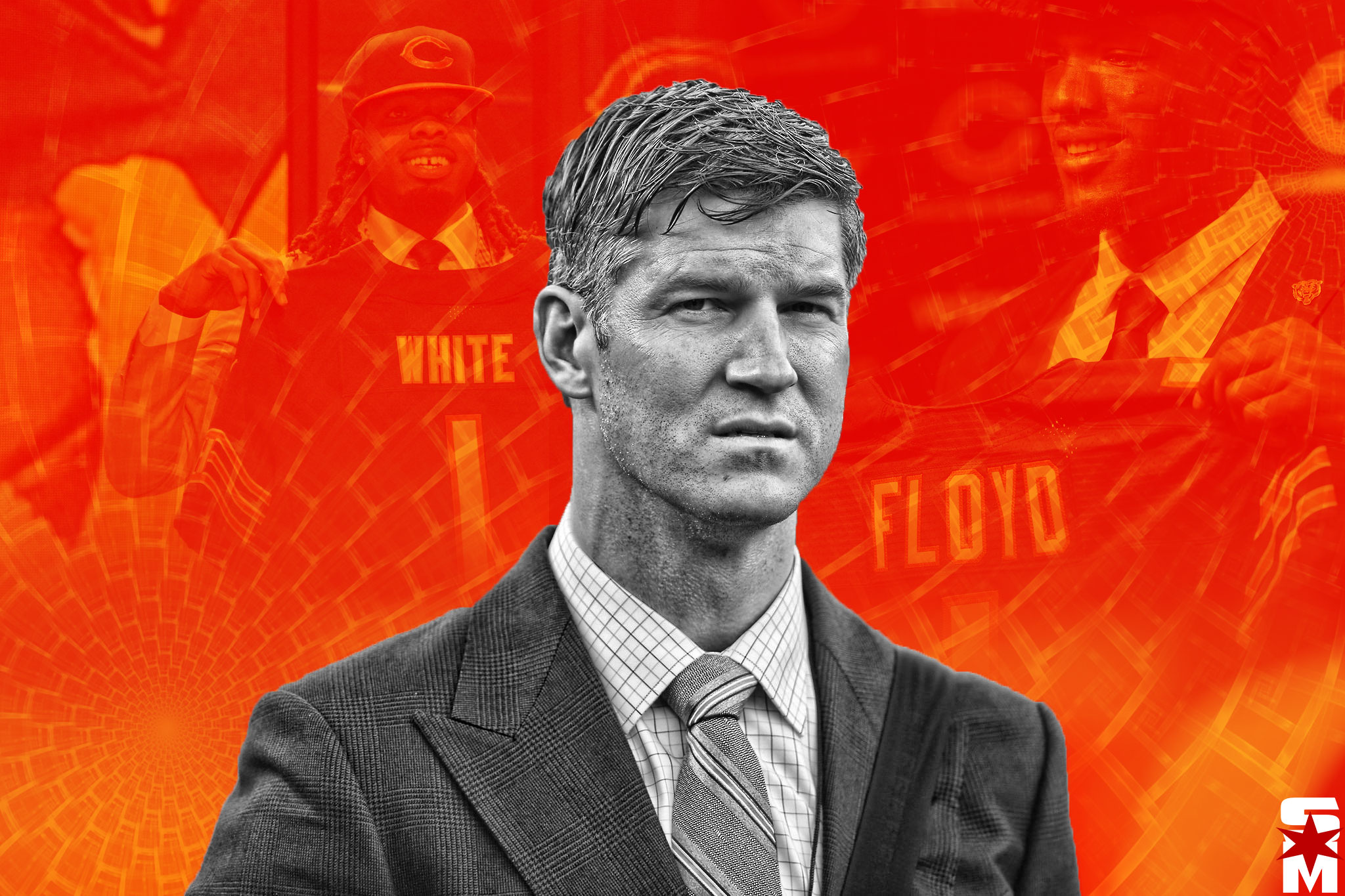 Dear Ryan (can I call you Ryan since we both attended state schools in Illinois?),

You have your new coach and his staff in place. You're well on your way to freeing up tons of cap cash. But coming next Friday is a vital key to the Bears success: the combine. Just a few requests from a gray and grizzled Bears fan:

1) Don't fall in love with the freaks. Combine performance in timed drills should be far down the list on your draftee evaluation form. Bigger, faster, stronger guys have a decided advantage over their competition in the NCAA. Not so much in the NFL. This is especially evident in the players from smaller schools. 2nd and 3rd round picks for Shaheen and Cohen last year was, well, frigging nuts. In those rounds we HAVE TO draft full-time starters.

2) Don't try to be the smartest guy in the draft. Because if Belichick is involved, you're not.

Which brings us to point 3). WWBD...wear a brightly colored elastic bracelet with those letters on it. And live by it. What Would Belichick Do? There's a reason that ONLY the Patriots can be considered a dynasty these days. Belichick's overriding philosophy in the draft is that it's about building a team, not trying to collect talent. Belichick is always looking at how a player is going to fit on the roster and how he can contribute to the team. It's probably not coincidence that New England leads the league in number of college graduates and number of former team captains. BB wants players that are foxhole guys...guys who would play football for free on Tuesday afternoon if there were no NFL. Guys that will change position if asked.

4) Put New Orleans in the rear view mirror. Any success down there can be attributed to a HoF QB and an offensive genius. Hopefully we have that, but let's not make assumptions.

5) Put a little more faith in Coach Nagy's insight and opinion than your own. He's the guy who has to work with the guys you draft. While your at it, every time you look at your list of where players are 'slotted' remember that in three years when the pundits do the Redrafting the 2018 Draft column,,,well...your list was pretty much wrong. Use the rankings as a guide as to the value that the other teams put on players. And then ask Nagy what he wants to do.

So when the combine arrives, let's focus (as we already have been, hopefully) on game film, interviews with the draftees and teammates and those who coached them in school. Find the foxhole guys. And don't worry about someones 40 being two hundredths of a second slower, or their hand size or height being a bit less than prototypical.

This draft is pretty deep in WR, CB, and interior linemen. Use that #8 pick on a potentially great pass rusher (a not so deep position) or trade the hell down and get more picks in the top 60. The odds will be with you and, I hope, so will the spirit of Belichick.