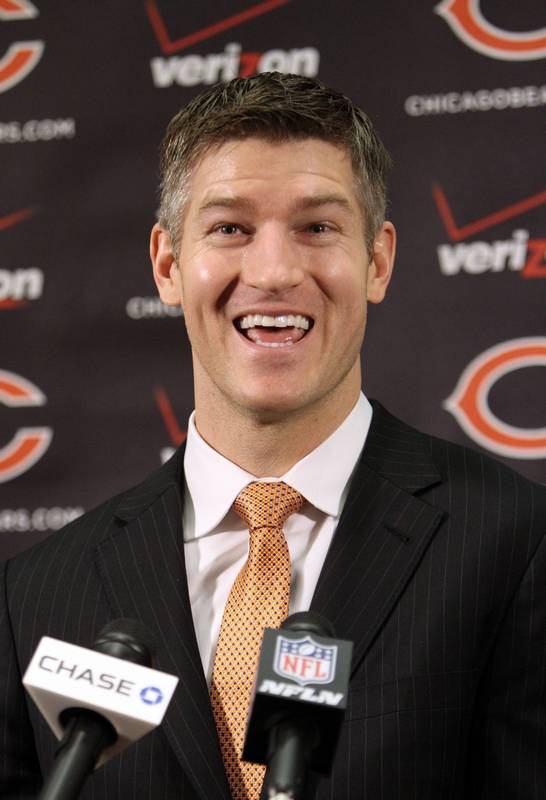 The NFL is a copy cat league and is copying Ryan Pace. The media largely blasted Ryan Pace for moving up from Pick #3 to Pick #2 in the 2017 NFL draft to get QB Mitchell Trubisky when they already paid Millions to proposed starting QB Mike Glennon. Here we are just 1 full year later and in the 2018 draft this idea had spread like wild fire. The other GM's in the NFL were clearly envious of the "CONVICTION" that Ryan Pace had for drafting Trubisky. You call it conviction, I call it stones, guts, fortitude, bravery boldness, etc etc. It was a BOLD MOVE to take Trubisky when Glennon was already declared the starter. CLEARLY the NFL took notice.

The goal of this article isn't to discuss the "controversy" of the Trade from #3 to #2 to get Trubisky. That's been done to death already. This is to analyze the history of drafting a QB in the first rd while having a starting QB already in place. Honestly, it hasn't occurred much in the past 20 years.

First off, let's go back in time to look at some of the media backlash from the drafting of Trubisky.

Articles were written about Glennons "feelings" being hurt.

From the Chicago Tribune's own Rich Campbell "Glennon felt as though he had been cheated on, according to people in the know. The Issue is about relationships. The trust between Glennon and the Bears decision makers has been damaged."

Really like Trubisky as a QB prospect but signing Glennon to big money, then trading a ton of assets to move up ONE spot and get QB is dumb.

Now let's look at the post Pace/Trubisky trend for the rest of the 2017 NFL draft and the 2018 NFL draft.
2017
-Chiefs draft Patrick Mahomes (after trading their '17 third rd pick and '18 first rd pick) already had Alex Smith making $14 mill.
2018
-Browns draft Baker Mayfield with Tyrod Taylor already declared the starter $16 million salary
-Jets (traded up) to draft Sam Darnold having already declared Josh McCown the starter AND signing Teddy Bridgewater at $10 million and $6 million respectively.
- Bills trade up for Josh Allen (lolz) while already paying AJ McCarron $4.9 million. I can't find if he had been declared starter yet, seems to be an open competition.
-Cardinals trade up for Josh Rosen while already declaring Sam Bradford the starter AND signing Mike Glennon at $15 mill and $5 mill respectively.
- Ravens trade up to draft Lamarr Jackson with Joe Flacco clearly the starter and a salary of $24.75 MILLION (yikes).
OK, so now what? Looking like a whole lot of "Hurt feelings" "Trading Up" and "hedging of bets" at the QB position going on out there. When looking back at the history of first round QB's taken in the past 10 years, this hasn't occurred that often. With some exceptions that we will look at later, QB's taken in the first rd have mostly been handed the keys to the franchise by having weak camp battle competition or just being outright declared the starter for week 1.
Here's a list of the QB's who were drafted recently (last 10 seasons) and were starting by game 1 or the majority of games of their rookie season.
Carson Wentz, Deshaun Watson, Jameis Winston, Marcus Mariota, Blake Bortles, Johnny Manziel, Teddy Bridgewater, Derek Carr, EJ Manuel, Geno Smith, Andrew Luck, RG3, Ryan Tannehill, Cam Newton, Blaine Gabbert, Christian Ponder, Andy Dalton, Sam Bradford, Matt Stafford, Matt Ryan, Joe Flacco
Here's a list of QB's who had to "earn" their starting job at some point in the season from an entrenched starter, but ultimately ended up being the starter.
Mitchell Trubisky Jared Goff, Paxton Lynch, Tim Tebow,
Also, some nice fellow on Reddit already compiled some interesting data. Over the last 20 years this is a list of QB rookies drafted in Rd 1 who DIDN'T end up starting a game of their first year.
Mike Glennon ended up playing 4 games of very bad to mediocre football and Trubisky was forced to start the remainder of the season. Therefore he won't be a part of this data group. The "Plan" to sit the kid didn't work out. Also, with the exception of Jake Locker, ALL of these QB's were drafted 10+ years ago.
Doubling down on the QB position regardless of feelings and money just doesn't happen anymore. Ryan Pace did it in 2017 and now all of a sudden it has happened 6 times since then. I'm willing to bet it happens plenty in 2019 as well. Ryan Pace is the trendsetter. The media blasted the Bears for Paying Glennon and drafting Trubisky at the time and now it's silence when other teams do it. Take a bow, Ryan Pace!

Have you "forgiven" Ryan Pace for paying Glennon $16 mill and then trading away draft picks to move up from #3 to #2 to draft Trubisky?