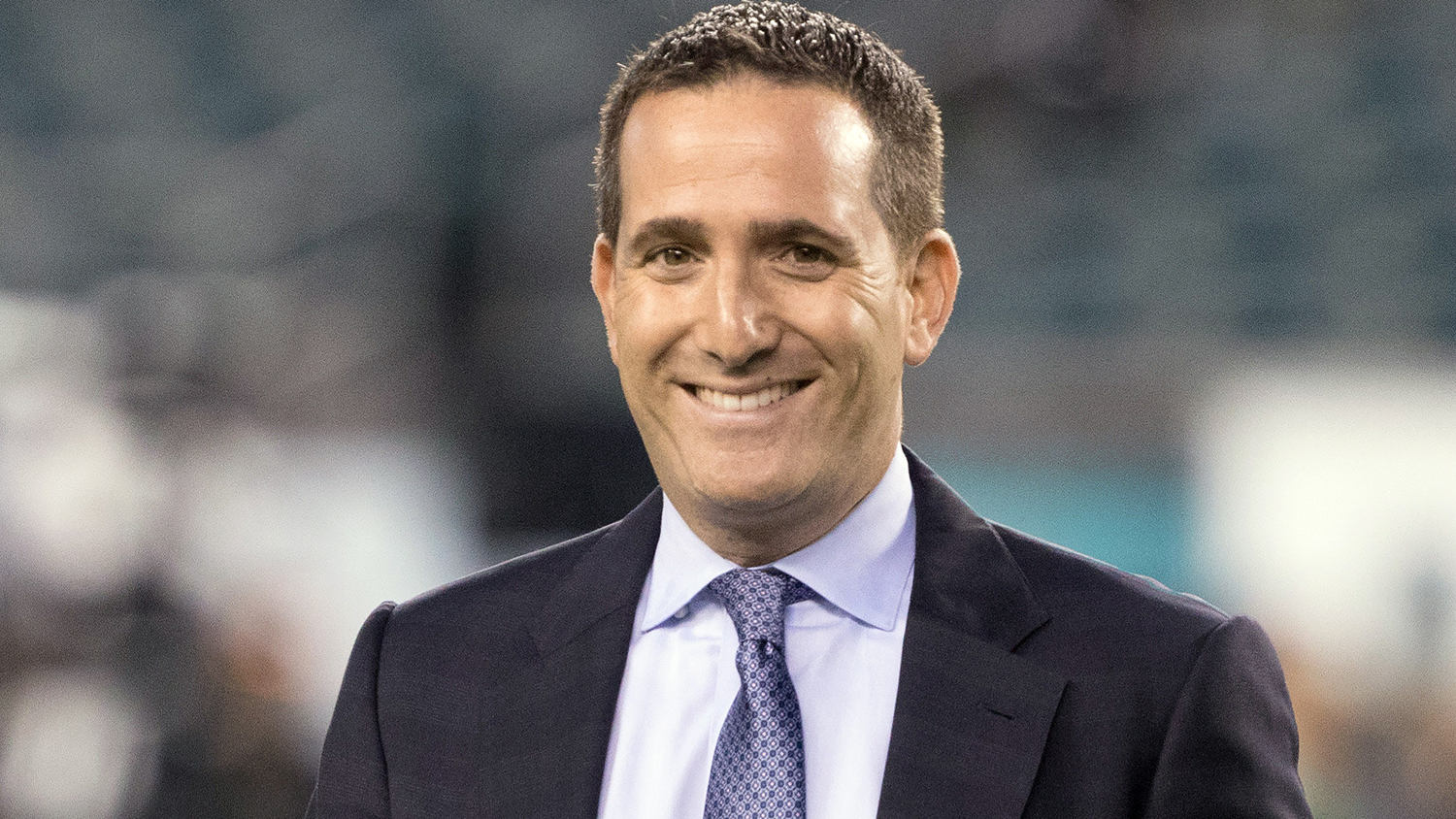 First of all, this is a must watch. Go watch it and come back in 20 minutes and we’ll discuss it.

Brett Kollman takes a stab at identifying Howie Roseman’s building plan. I’m not sure Kollman is right about all of Roseman's thinking, but I’m not coming up with my own stab at it, so I’m using his.

Now, perhaps Roseman isn’t such a genius, he’s just the flavor-of-the-year after winning the Super Bowl. I nonetheless found this video fascinating, and I know that some think the Bears are being built similarly to the Eagles. As it turns out, if we want to be like the Eagles, it’s not as simple as just hiring a new coach.

Kollman lists 5 facets of the Howie Roseman formula, and the first 4 at least are really interesting:

1 – Starting, backup, and "currency" QBs are important.
2 – Commit high-value resources to the OL/DL
3 – Spend money at safety, NOT cornerback
4 – Right tackle is the new premium "OL" position
5 – Be ready to change and adapt every season

Let’s discuss how Ryan Pace is doing against these by going over each of the first 4, then listing out what exactly he’s done against each, then seeing how well it matches Roseman’s formula.

- On a 5-point scale, I’m rating how well Pace follows Kollman’s interpretation of Roseman’s criteria, not on what I think of that criteria, what I think of the players Pace has selected or anything else. If he follows the Roseman Formula exactly, he gets a 5. If Pace follows a philosophy that is thoughtful, but nothing like Roseman’s, he gets a 1. It doesn’t mean Pace is a failure, just that he’s nothing like Roseman on this piece of criteria.

- In terms of "big" commitments, I’m using Rounds 1 and 2, or big free agent signings. Hard to qualify what a "big" signing is, but as an example, I would call Allen Robinson and Trey Burton big FA signings, but not Taylor Gabriel.

- Ryan Pace has had 4 off seasons to work with. At this point, his body of work is large enough to evaluate. If you don’t think so, or think he's somehow not responsible for his choices due to past regimes or any other reason, then nothing in this piece – or anything I write ever – is for you.

Details: Pace inherited a fairly large commitment in Jay Cutler. In Brian Hoyer, Pace got a fairly typical backup QB at a typical price. Matt Barkley was picked up on a flyer, so I’m not really including him, but it was a good flyer to take. Pace not only drafted Trubisky but traded up to draft him, committing major resources.

Pace’s score: 4 out of 5. Pace appears to approach the QB very similarly to Roseman, and the only reasons I'm not giving him 5 out of 5 is that because Pace hasn't been able to flip QBs like Roseman, in part because of another reason, which is missing so badly on Mike Glennon, projecting him to fill a job he wasn't capable of filling.

Otherwise, Pace has taken a similar approach to Roseman at QB, as this fan post by TJGOBIG suggests. I was ecstatic about the Trubisky selection for the very reason that I think QB is everything. As much as the Glennon signing was a flop, it does fit the Roseman model to spend resources on two different guys. Glennon was hoped to be a starter and a "currency" QB, it just didn’t work out, but it was also a bit more of a leap than any Roseman has taken, draft picks aside.

This year, Pace invested fairly big resources in Chase Daniel, one of the same guys Roseman invested in, to make sure the Bears have an adequate backup. I was initially critical of the Daniel signing for what I considered to be big money, but I had somewhat changing my mind before seeing the video, and I'd say Kollman's piece seals it: signing Chase Daniel was a good move.

My only knock on Pace in regards to the QB, in addition to what a miscalculation Glennon ended up being, is that it took him 2 years before he really started addressing the position. I’ll give him a pass on needing 2 years to move on from the enigma that was Jay Cutler, but I can't give him 5 out of 5 here as far as acting like Roseman.

It may not work out, but I think Pace has gotten the QB approach mostly right, and it's the most important thing, just not the only thing.

2 – Commit high-value resources to the OL/DL

Implications: I consider it a fact that these aren't big resources invested in our OL. Leno and Massie are average investments, not big ones, and next to nothing has been invested behind them. Josh Sitton was well paid, but in and out in 2 years and therefore not a big commitment. The OL has two second rounders, but no first rounders besides Long, the only really big commitment in the bunch with his big contract extension. I think Pace has made an average-ish commitment to his offensive line but even if you consider the commitment above average, Roseman has made bigger commitments to his offensive line in terms of contracts and high draft picks.

Our DL is effectively 5 players when including the 2 OLBs, so we should actually have more big investments, yet Pace’s big moves consist of one first rounder, one second rounder, one big extension in Hicks, one big band-aid in McPhee, plus mostly JAG types of players.

The Bears' and Eagles' OL/DL seem to perform to the level of their investment. Bears have an average-ish OL and an average-to-above average DL, but below average when you factor in the OLB position, among the least proven in the league. Meanwhile, the Eagles' OL is arguably the very best in the NFL, while the DL is one of the best.

Pace’s score: 2.5 out of 5, a 3 for OL and 2 for DL. I think Pace has done a decent job with the OL overall, but he’s going thin at OT for the second straight year and has never made a big commitment there. In terms of resource allocation, Pace’s 3-man DL is ok, but he has really neglected the OLB position for a couple of years now.

3 – Spend money at safety, NOT cornerback

This is the first criteria that really got me thinking and might change my view on roster building. Prioritizing QB, OL and DL is kind of "duh" but spending big money on S instead of CB – because big money S’s make much less than big money CB’s – is genius, IMO.

Pace’s activities: This criteria doesn’t include draft resources, it’s literally about spending money. As of right now, Pace is spending big money at corner between Kyle Fuller ($16MM AAV) and Prince Amukamara ($9MM), but a small amount of money at safety because we have guys on rookie contracts.

Pace’s score: 1 out of 5. It doesn't mean Pace is wrong, just different than Roseman. I personally have had no problems with the way Pace has built this secondary, but it’s not at all what Kollman thinks Roseman would do. This past season, Pace put big money into Fuller and good money into Amukamara. Now, perhaps Pace will re-sign Amos and/or Jackson to big money, but it’s well-documented that Pace took shots at Stephon Gilmore and AJ Bouye for big money, but I’ve never heard about him going after a big money safety. If Pace wants to be Roseman, he needs to flip this formula.

I was in favor of Pace getting 1 of the 2 big money CBs a year ago, but apparently, Roseman would not have been and I’m likely going to change my thinking on the value of the position to match Roseman's.

This one also opened up my eyes a bit. I do think Kollman oversimplifies the "blind side" preference of where teams used to put their edge rusher. You typically line them up over left tackle because it's the weak side, without tight end help, not because it's the QB's blind side -- that's just a bonus. So, you put your run blocker on the strong side, since he gets TE help on passing plays. Problem is, it only works when the TE stays in to block. As more and more offenses send their TEs into passing routes, RTs get exposed in the passing game, and defenses exploit the weakness by moving their best pass rushers to the strong side. The Eagles in particular thrive off of their TE play in the passing game, so they need RTs who can live on an island. Having to keep a TE in to block wouldn't work for them, and the guess here is that it won't work too well for us either.

Pace’s score: 2 out of 5. Perhaps you think that's a low score for a player that most consider to be average for his position, but Massie is exactly what Kollman criticized in the video – a good run blocker and inconsistent pass blocker who gets assigned to RT as a result, and it costs the offense on third downs. There’s no backup plan here, and not much attention towards the OT position overall. Pace has neither brought in any competition for Massie nor invested any draft resources into improving the position (I don’t count 7th rounders).

By the end of the season, I have little doubt that Bears fans will agree, Massie sucks at pass protection, even late in the season, but that's just my opinion. That Pace hasn't prioritized RT the way Roseman has, is a fact. For a team like the Bears that is going to count on TE play, I predict that they're going to need to make a bigger investment at RT than they have.

It's possible that Pace is the one ahead of the game here. Instead of prioritizing OT play, Pace prioritizes interior line play. This is seen by starter-level commitments to Long, Sitton, Kush, Whitehair and Daniels vs. just the 2 guys at OT. If this works out that OG is in fact the new premium OL position, then Pace will be the genius that other GMs try to copy. For now, though, Pace is 14-34 and Roseman is a Super Bowl champ.

5 – Be ready to change and adapt every season

I’m going to skip this one because it’s really subjective and we would need more time to really evaluate how well Pace adapts, since we’d be measuring a year-to-year change and recency. If I gave a score it would be on the low side for this reason: If Pace studied Roseman's moves, it isn't reflected by this most recent off season, even with the similarities in the approach to backup QB and head coach. Pace paid big for CB and didn't go OL or DL in the first round. He didn't try to find a CB later in the draft the way Roseman has done either. Pace rather appears to prioritize ILB, drafting 2 this year, including the top of Round 1, just 2 years after drafting Kwit.

So is Ryan Pace following the Howie Roseman formula? Four years in, not too closely. Aside from investing big in the QB position, and hiring an Andy Reid protégé as head coach, Pace is not building a team the way Roseman does. Pace doesn’t make many big commitments at OL and DL, pays big for CB but not S, and doesn’t especially prioritize RT. If Pace is really adapting to league trends, we might see some of this thinking going forward but for now, Pace appears to be on a different path than the one Roseman is on.