I've always found the positions of kicker and punter kind of fascinating.

I think one of the reasons is because most of the players filling these roles look like average guys. You almost feel like you could be out there doing what they do...but then you remember you don't have a leg that can boom a ball 40-plus yards.

When I think about it in ancient battle strategy and techniques, the kicker would be an archer - they're not down in the fray, but, rather, they inflict their damage from a distance.

As Bears fans, we really only tend to think about Robbie Gould when this position comes to mind. Partly because he was so good (one of the best to ever do it, honestly) and partly because I don't think the Bears had too many standouts over the years.

When I started to look into Bears kickers of yesteryear, I came across Mac Percival. 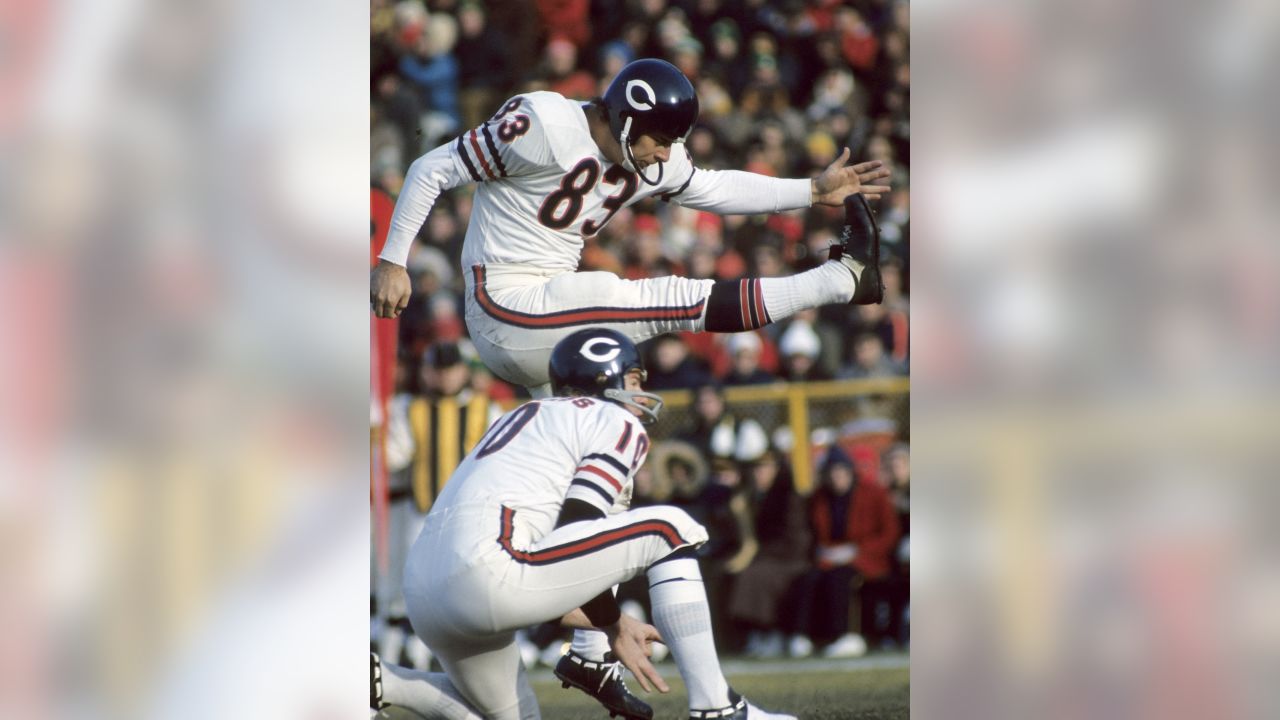 Percival played for the Bears from 1967-73, before finishing his career with the Dallas Cowboys in 1974. The Texas native lived up to the "everything's bigger in Texas" stereotype with his 6'4", 220 lbs frame - that's a big guy for a kicker in any area!

Percival is probably best remembered from his infamous Fair Catch Kick in a game against the Packers (gross).

I never heard of a "Fair Catch Kick" until I read about Big Mac. Apparently, it's one of the rarest plays in the game. In fact, I was having trouble finding official info on it and had to resort to Wikipedia (I know, I know...) for the below blurb:

My understanding of the obscure rule is this:

You would obviously have to be within field goal range to even think about pulling this off, and on that day in 1968, the Bears called for a fair catch on the Packers 43-yard line. Taking advantage of :26 remaining on the clock, and catching Green Bay off guard with the gutsy call, Percival buried the field goal to break the 10-10 tie and give the Bears a 13-10 win.

Thanks to YouTube, we can all jump in a time machine and witness the play right here...

Percival also tied a Bears record in 1968 by kicking five field goals without a miss in a single game to beat the Eagles.

For more stories regarding feats by Bears kickers/punters from over the years, check out this cool piece from the Bears website.

Thanks for tuning in and as always...