When I saw these questions on this week’s SB Nation Reacts, I knew our fanbase would lean heavily towards firing both head coach Matt Nagy and general manager Ryan Pace. The only thing that surprised me about the results were a few of our fans willing to see Nagy stick around with Pace getting the ax.

(Check out this nifty image slider!) 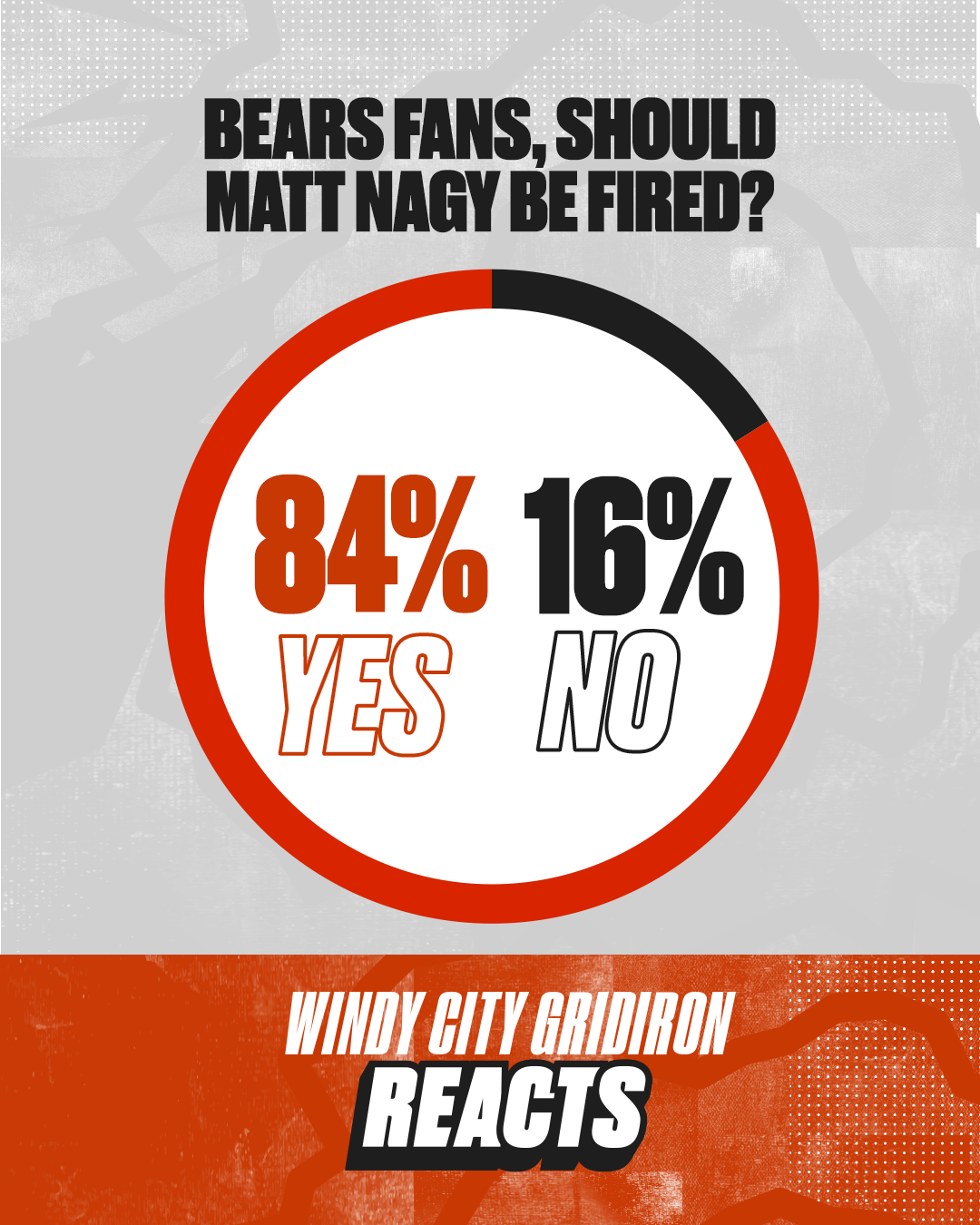 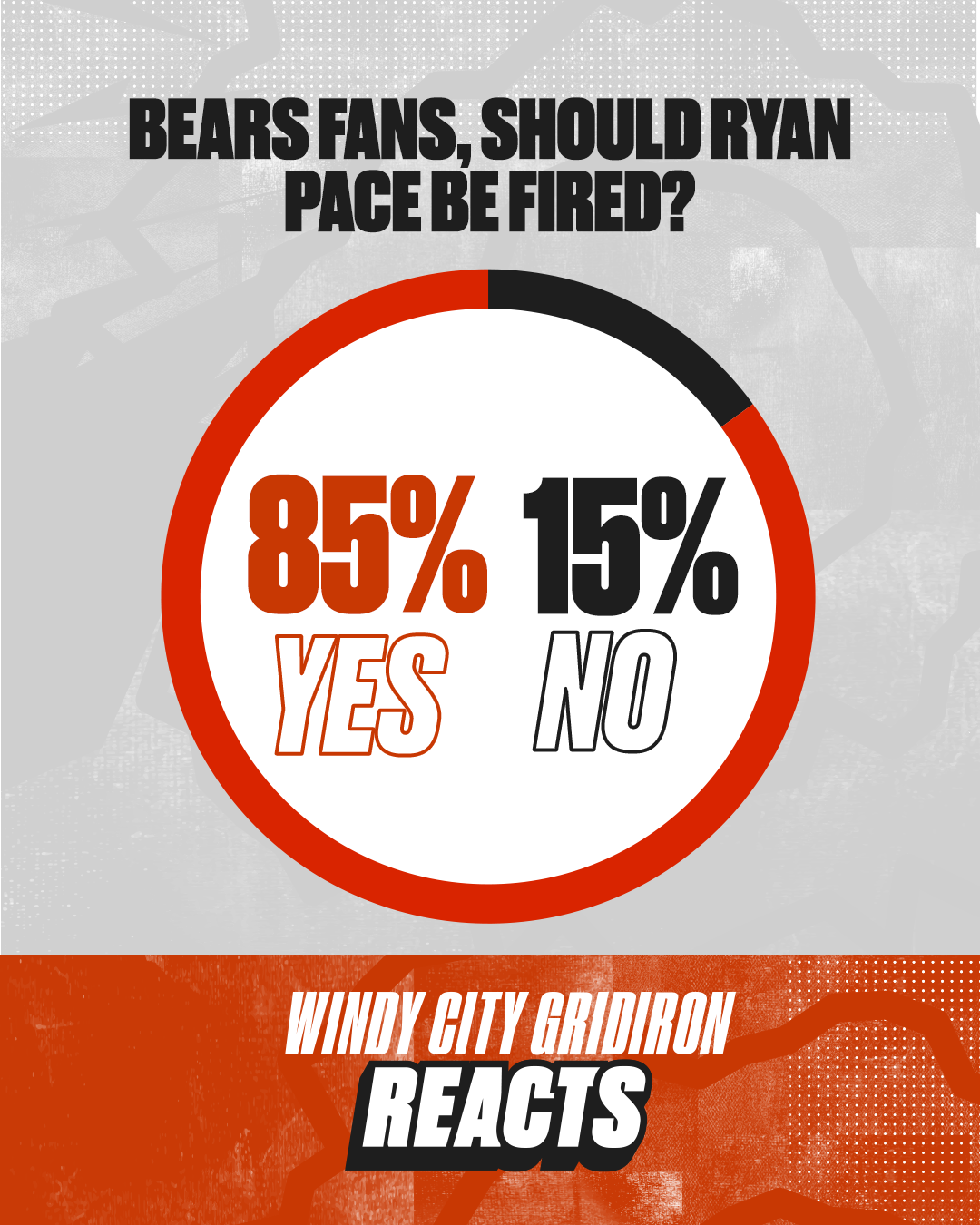 I think both are gone after the season, but hiring a new general manager then letting him make the decision on Nagy could be a way they go.

I would have liked to have seen a, “Should the Bears fire Team President Ted Phillips?” — if only to see how close it would get to 100% yes — but since SB Nation Reacts didn’t give us that one, I’ll float that poll here.