Bears fans among the least confident in the NFL, but we’re excited for a playoff game!

Share All sharing options for: Bears fans among the least confident in the NFL, but we’re excited for a playoff game!

After three straight wins, our fans had their confidence level up to 51%, which was our highest since week seven (76%) when the Chicago Bears were preparing to face the Los Angeles Rams.

We all remember how that game went.

At that point in the season the Bears were 5-7 and our confidence in the team was at al all time low of 3%, but the Bears rebounded with three straight to get to that back up to 51%.

But then the Green Bay Packers gave us a reality check.

With a current confidence level of 31%, our fanbase is the third least confident in the NFL. We’re only ahead of fans of the Dallas Cowboys (22%) and fans of the Philadelphia Eagles (11%).

But while our confidence in the team may be low, 72% of our SB Nation Reacts’ voters are excited the Bears made the playoffs!

The postseason means I’m pulling out the sweet slider image below... 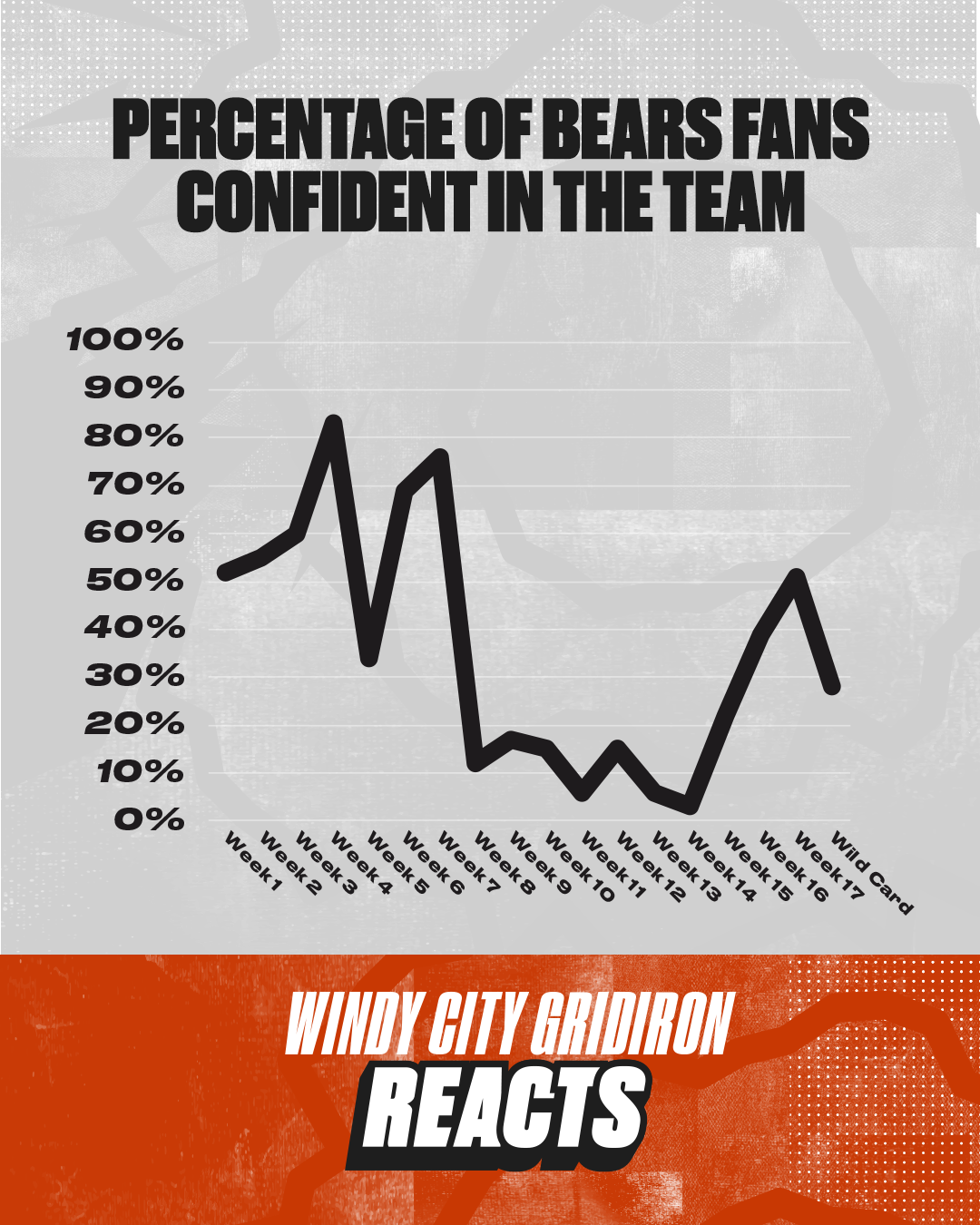 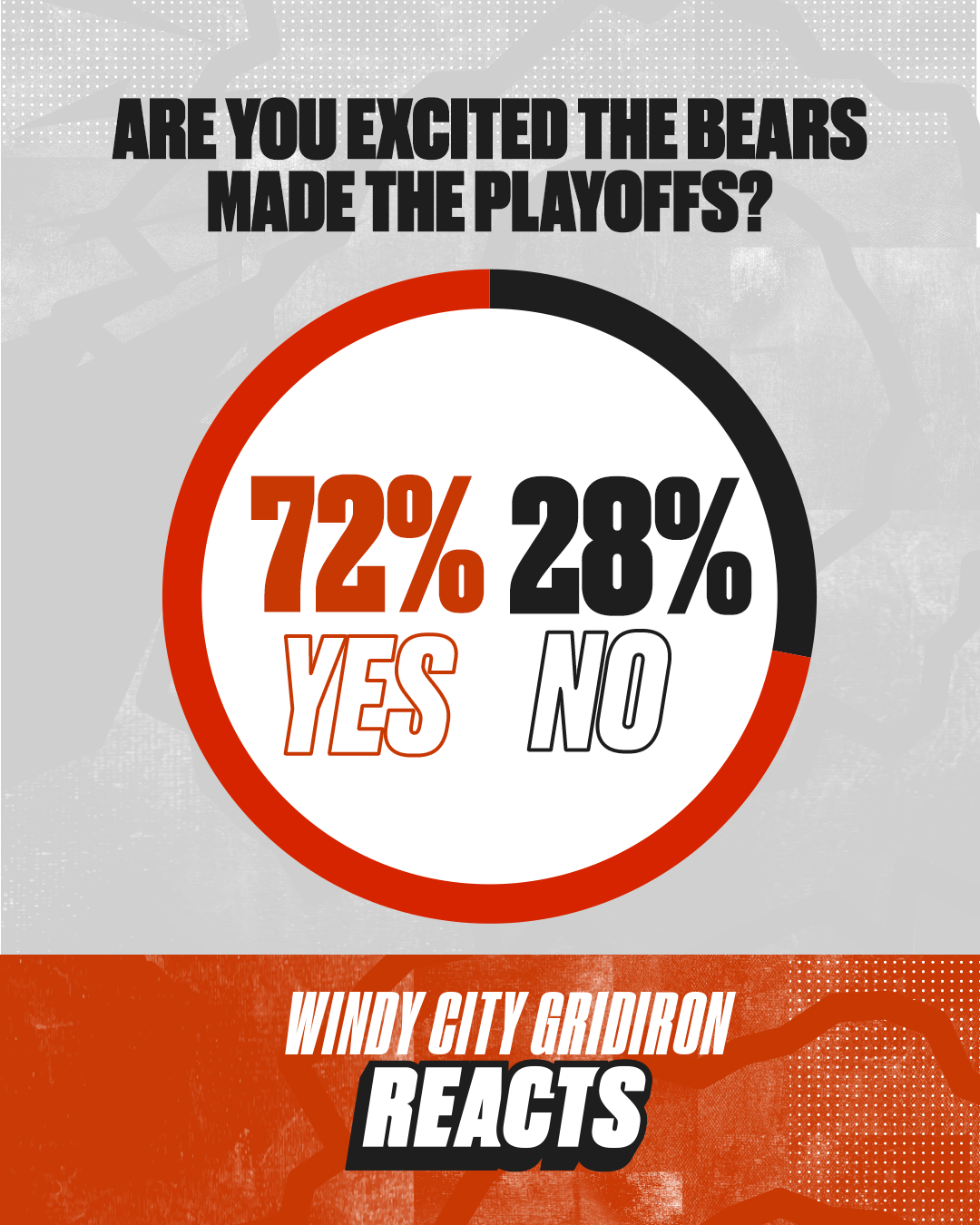 If the Bears can somehow knock off the New Orleans Saints on Wildcard Weekend, that would line them up with a divisional round match-up against the top seeded Packers.

And another reality check?

I’m not even sure a win in New Orleans would boost our confidence that much knowing a rested Aaron Rodgers would be waiting.

What are your thoughts on the Reacts’ results this week?

You guys down on the Bears but fired up for postseason football?