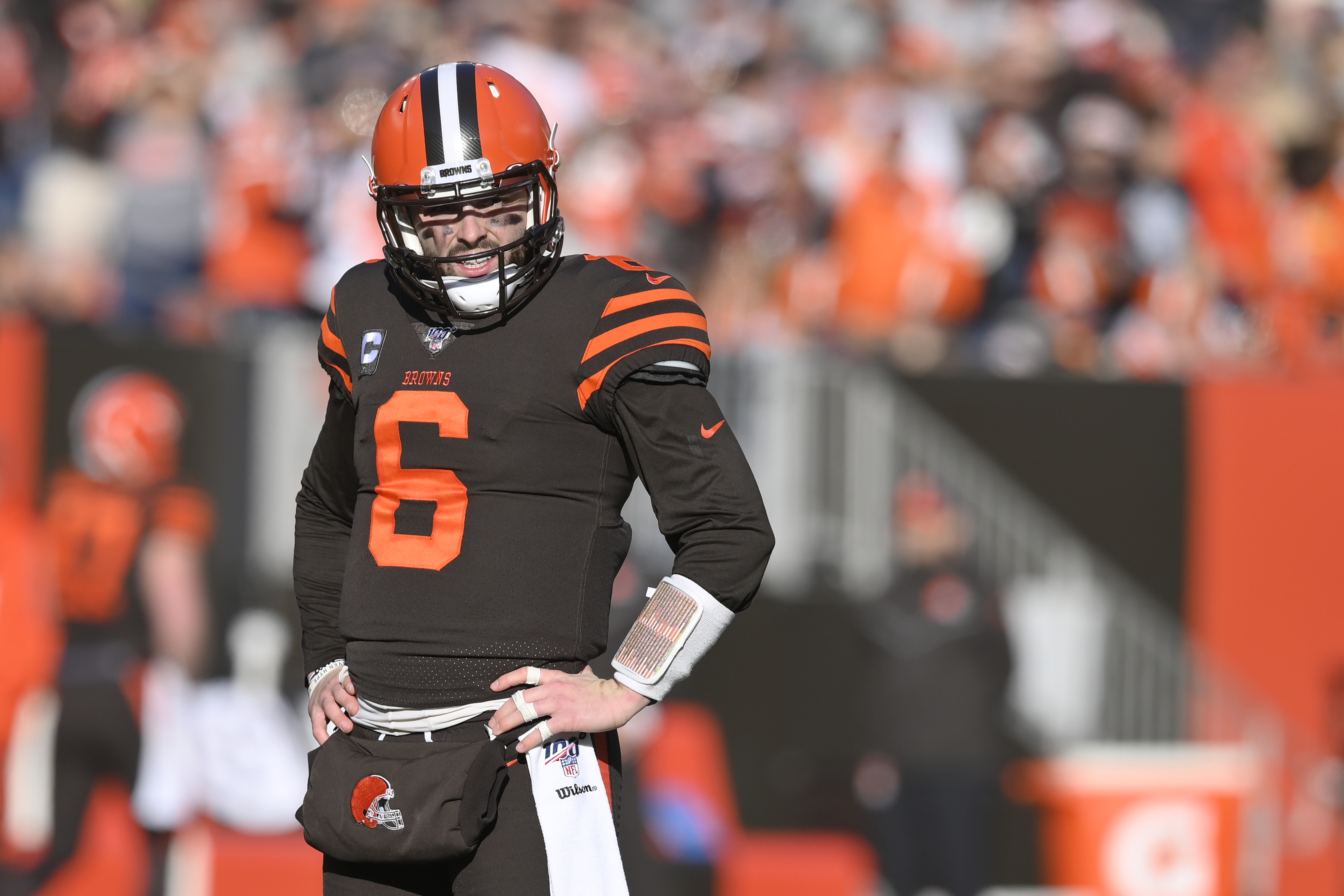 I've been stating lately how really hard it is to be an above average NFL QB. Full disclaimer, I'm probably getting a lot of this wrong. I don't watch every snap of every game by these QBs. I have seen all of them play but I'm going by stats more than anything. These are the tough calls that GMs get paid big bucks to make. They need to watch every snap of every game and talk to their old coaches and teammates and use more information than we've got, but the overall dilemma they face is one we're totally qualified to discuss.

Baker Mayfield is a fine quarterback but taking a look around the league, I don't think he's above average. Further, I think it's extremely difficult to win a Super Bowl without either an above average QB or a cheap QB. The Browns have picked up his 5th year option for $18M, a no-brainer, keeping him on the team through 2022. But, after that, he will be seeking the contract of a NFL starter, which tends to start around $30M AAV these days.

Would you, as Cleveland Browns GM:

B) Prepare to lose Baker Mayfield. You could try to trade him for a pick, but in the end you might have to let him walk and pick up a comp pick.

Let's look at exactly how hard it is to be "above average" based on a list of 32 projected starters in 2021, where franchise QBs are considered above average:

* Health is a big factor for this player. With good health and a good team he will likely be at least one tier higher and possibly even 2. He could also be on his way out of the league.

For "franchise" there's only room for 3 more among Mayfield, Justin Herbert, Trevor Lawrence, Kyler Murray, Zach Wilson, and the other 3 QBs from 2021, without knocking someone else off the list. What if Joe Burrow picks up where he left off and progresses? What if Carson Wentz rediscovers his elite form playing behind the Colts O-Line? Maybe Josh Allen will falter. Maybe Stafford will fade. It's such a high level of play you have to maintain to be better than half the QBs in the league. Sorry Dan Jones and Drew Lock, I know you're young, but it's Year 3 so you're below average until you prove you're not.

You get a franchise QB, you have a guy you can conceivably win a Super Bowl with, and while you might wish and hope he reaches the elite level that only 3-4 guys at a time are at, you're not looking for an upgrade. Fans of teams without franchise QBs will say "He wants big money! I'm glad we don't have that problem!" but you basically pay that player whatever he asks to keep him in your franchise and the price goes up every year.

It's the solid starter that kills you. Kirk Cousins doesn't suck, but his contract does. I think you could win with him on the cheap, but not on a solid starting QB contract of $25M per year or more. Ditto Jared Goff. They're not bums, which is exactly what kills you. 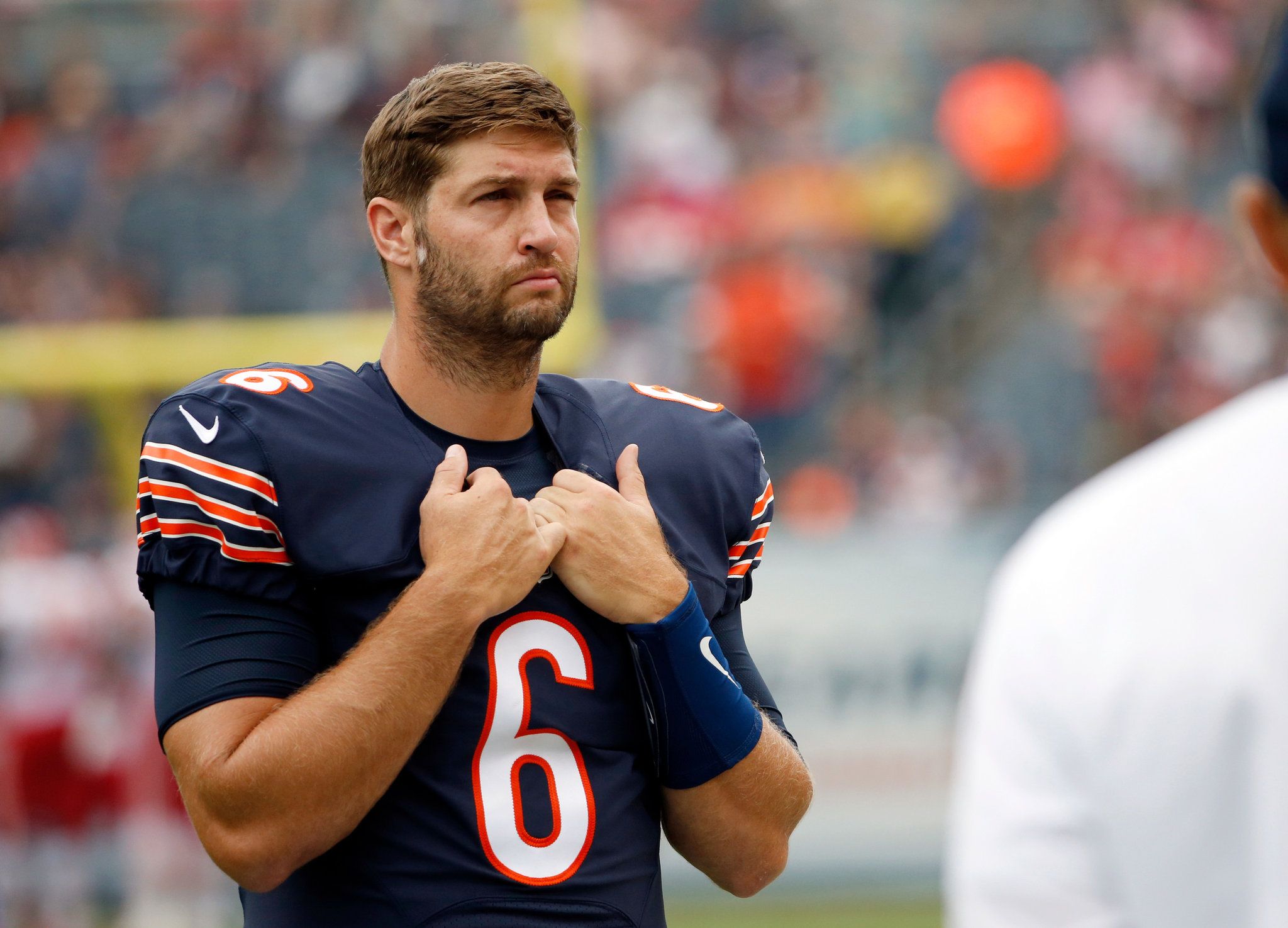 Apologies to Jay Cutler fans, but he's a case in point: In 2013, we faced having to sign him to a big contract, or letting him go, with teams like the Titans waiting to snatch him up. So, Emery signed him to one of those franchise QB contracts. I personally was a bit stunned by the contract terms, but I would have not been happy to see the best QB in franchise history walk away, and I think that goes for a majority of (though certainly not all) Bears fans. Yet, and if you can't face this, we can't talk: It didn't work out. There are many reasons and many culprits, but the fact is that Cutler never again had an above average season, and never again played on a winning team. If you're going to go 5-11, 6-10 and 3-13, might as well get someone young or at least cheap.

If you don't like that example, I'm putting Cutler in the same category as Kirk Cousins, who is a totally solid QB. But, do you think the Kirk Cousins acquisition is working out for the Vikings? 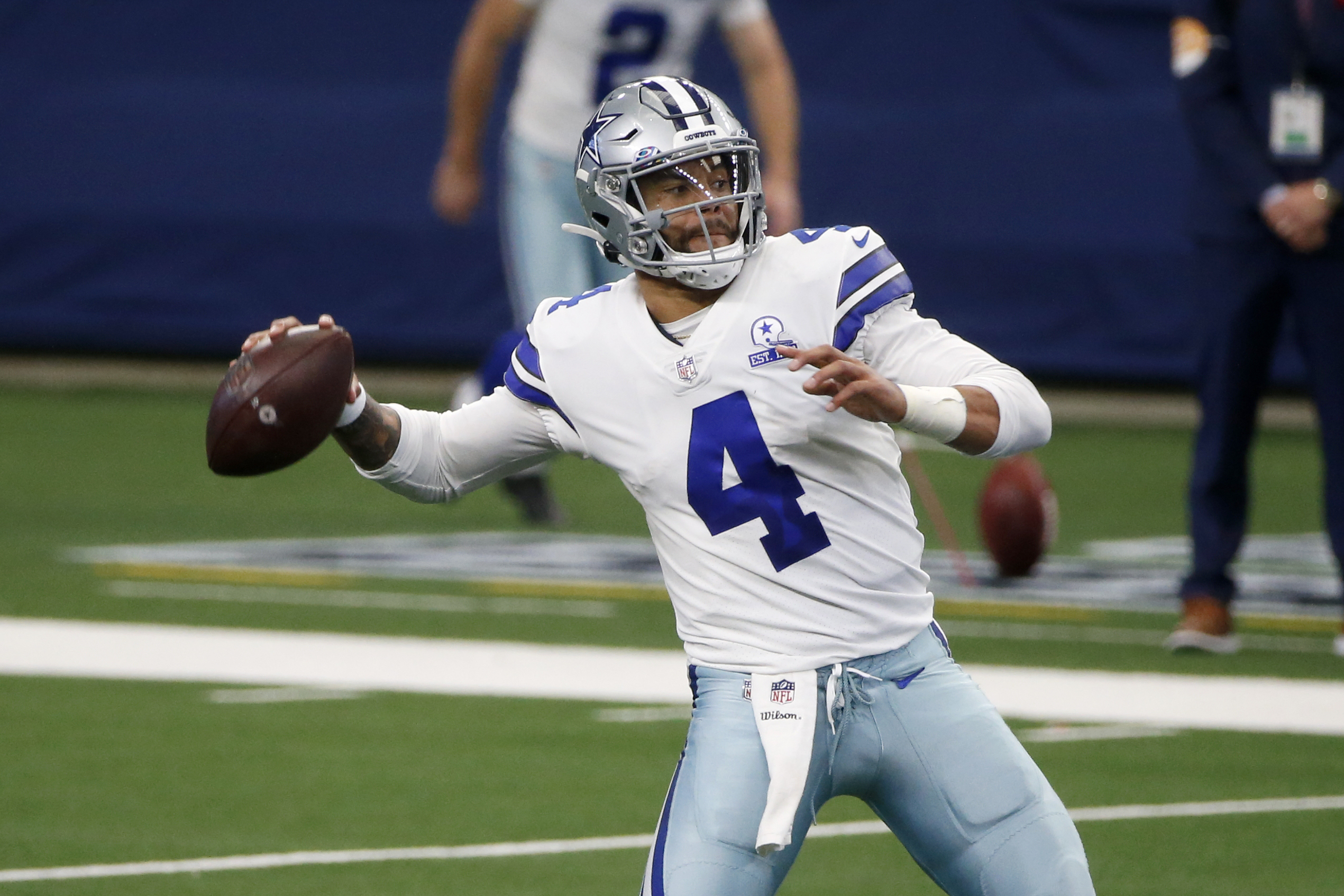 You pay a franchise QB anything he wants to keep him on your team. But, you don't want to pay big money for mediocrity. You pay for above average play or you take a cheap player.

Here's the big problem with that statement: Is there really that big a difference between Baker Mayfield and Dak Prescott?

There are Bears fans suggesting the Cowboys would somehow be better off letting Dak walk and allocating his salary to other positions, but I think what Dak is getting is fair for what he provides. So if Dak really is worth $40M AAV, Mayfield is worth at least $30M AAV right?

Probably, but you have to draw the line somewhere. Mayfield has plenty of talent to work with in Cleveland (how about that?) including a great run game but the best he's come up with is a league-average performance. He makes a lot of plays but also leaves plays on the field that Dak makes. You put good talent around Dak and he'll likely break through for a MVP one of these years.

That to me is a big difference and it's worth paying for. Truth is, Dak is probably overpaid by $5-10M, but it's the chance you take for a franchise QB who could still become elite. But overpaying an average guy, a non-difference maker, by $5-10M is how you kill your team.

Obviously it gets murky. I prefer Prescott to Carr, so do you still pay Carr while letting Mayfield walk? It's a tough call and GMs get paid big bucks to get those calls right.