Which teams were the biggest winners/losers of the 2021 NFL Draft?

Welcome to SB Nation Reacts, a survey of fans across the NFL. Each week, we send out questions to the most plugged-in Chicago Bears fans and fans across the country. Sign up here to join Reacts.

Share All sharing options for: Which teams were the biggest winners/losers of the 2021 NFL Draft?

There were a bunch SB Nation Reacts polls that went our after the 2021 NFL Draft, and for a change the results came back favorable for our Chicago Bears. There are no trophies for winning the offseason, but after going 16-17 the last two years the Bears could use some good Juju for a change. Hopefully they’ll be able to ride the positive vibes though the offseason.

There are two different Reacts polls that are sent out;

The 74% of the votes that gave an A to the Justin Fields pick was all us, as was the 79% of votes that gave the overall Bears draft class an A, but the biggest winner and biggest loser of the draft were both national questions.

The Bears were the overwhelming favorite for the biggest winner from last weekend, with the Houston Texans voted the biggest losers.

We have the winners/losers graphs in a slider format, so check that out here: 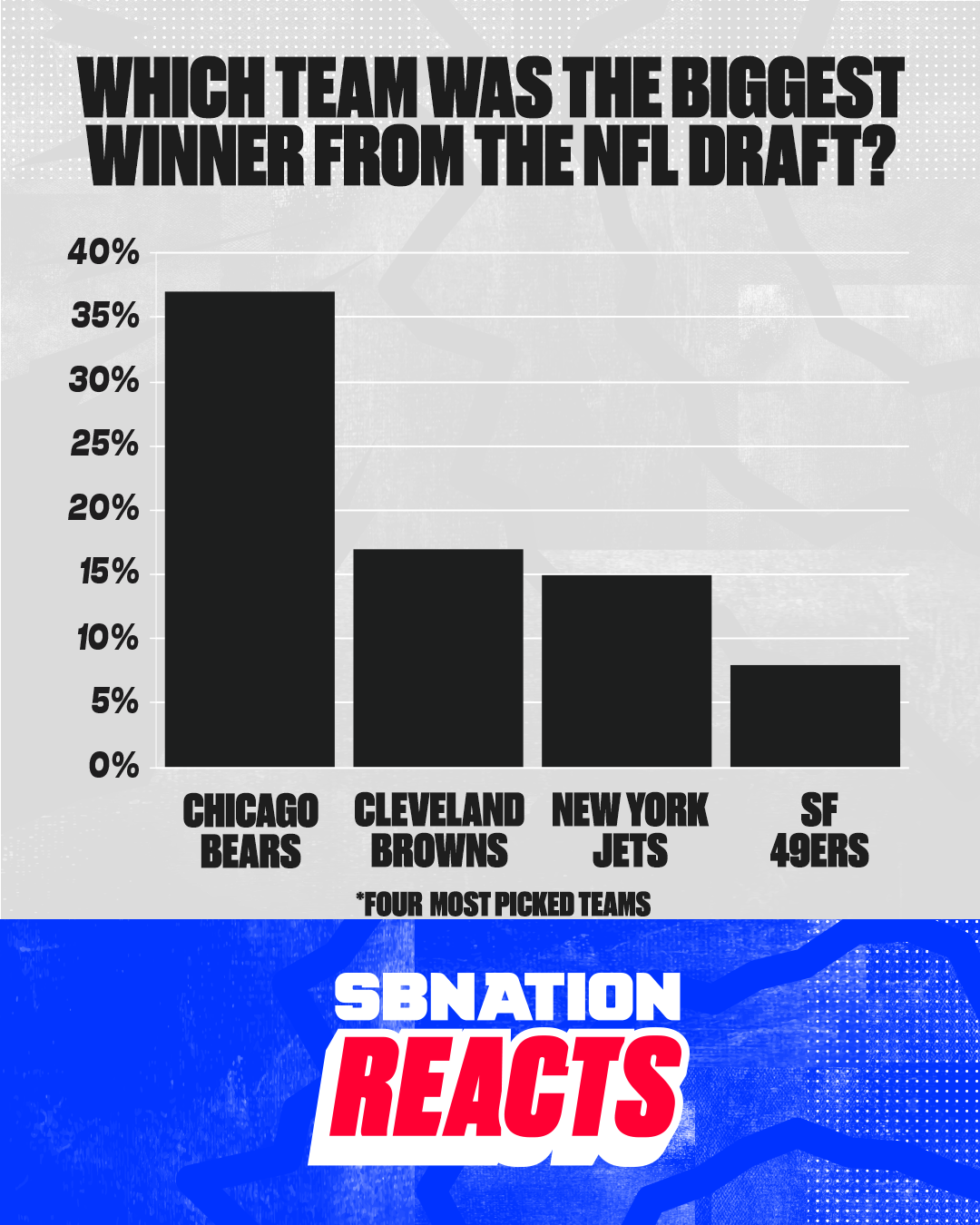 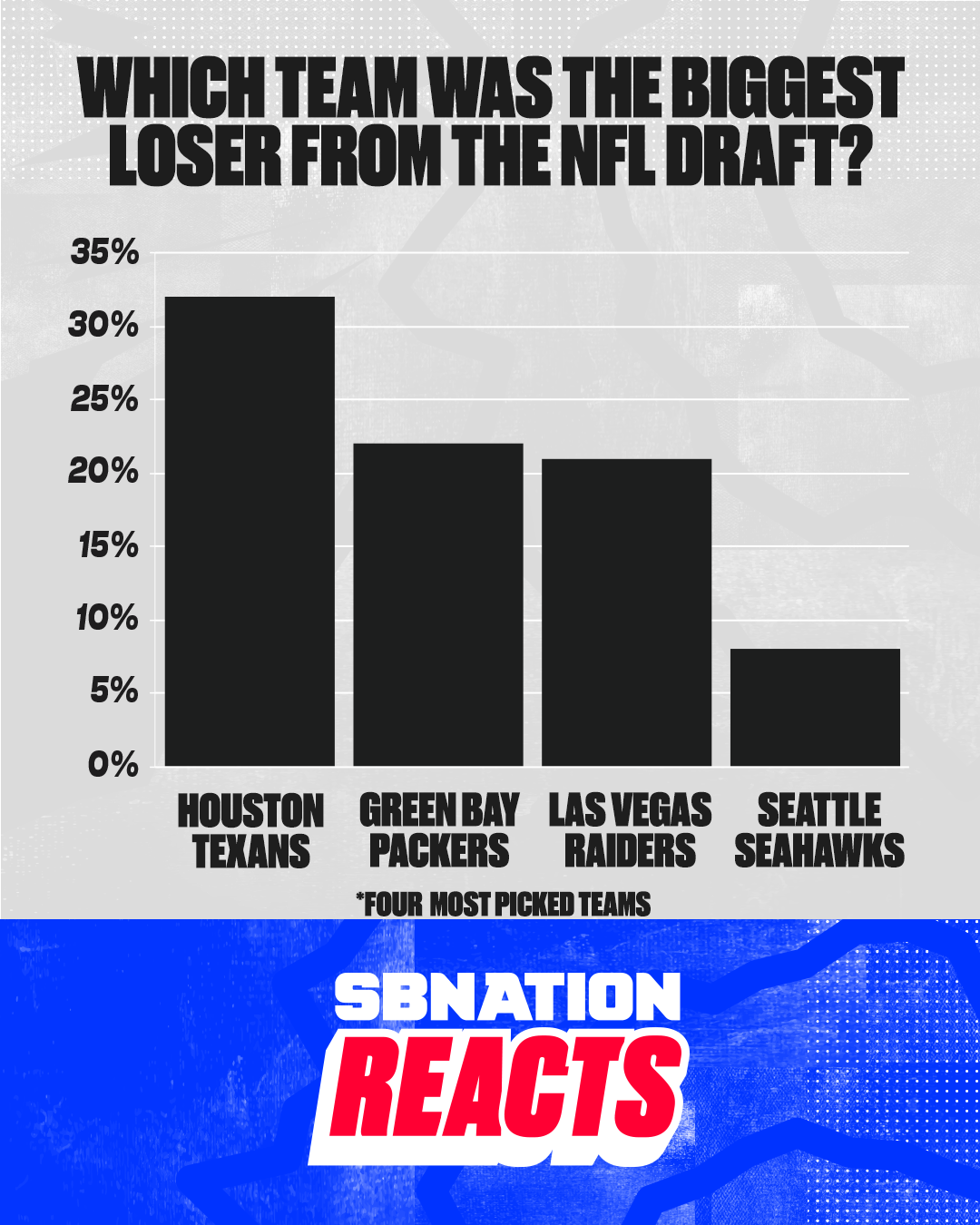 Here are the complete results from the two polls:

Who was the NFL Draft’s biggest winner?

Who was the NFL Draft’s biggest loser?

I would imagine the second biggest loser up there was spurred along by all the Aaron Rodgers drama that broke last week. Nationally speaking, NFL fans are down on Green Bay right now, but their fans aren’t too happy either, as evidenced by their fanbase having the 31st ranked confidence level after the draft.

Bears’ fans, SB Nation Reacts is a neat way share your voice with fans across the NFL with their fun and topical surveys. Each week they’ll shoot out some questions to our plugged-in fanbase, and we’ll share the results here on Windy City Gridiron. Sign up here to join Reacts.