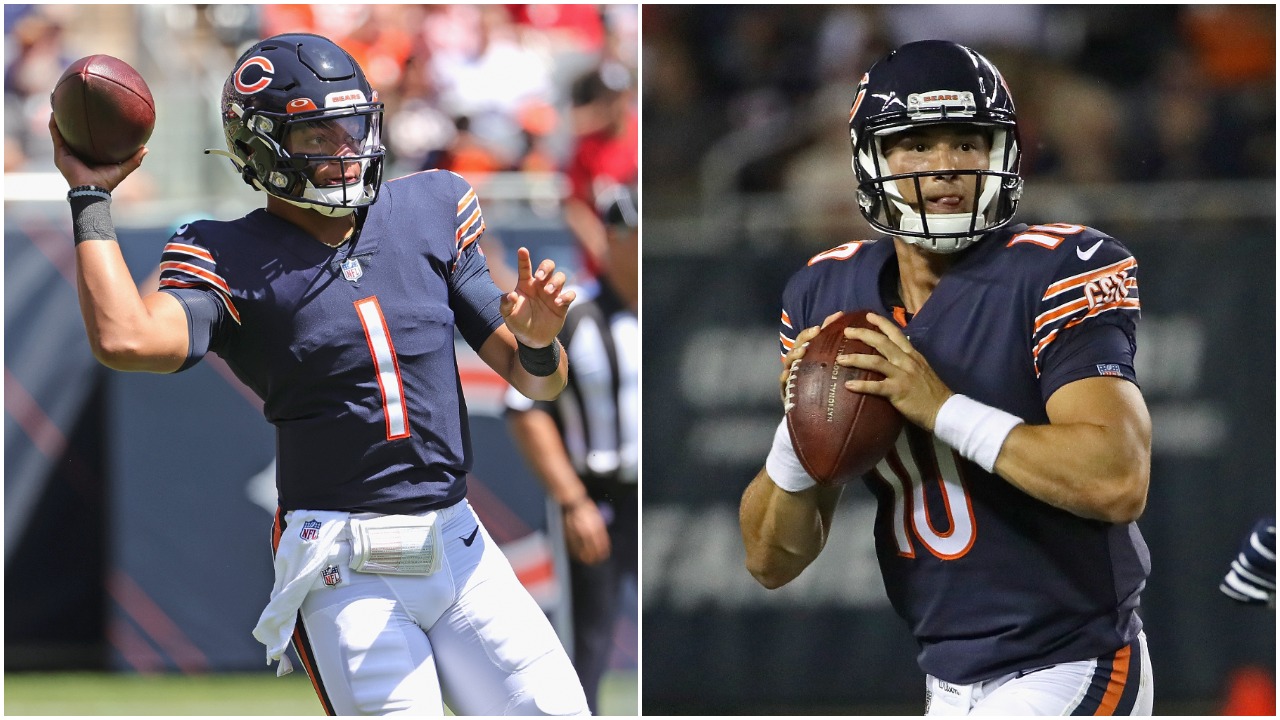 Trubisky returns to Soldier Field to face off against Justin Fields

Former Bears 2nd overall pick Mitchel Trubisky returns to Soldier Field to take on his old team with his new one, the Buffalo Bills. Though he is the 2nd string quarterback, he will start and play most of the game. Meanwhile the Bears seek to put quarterback controversies behind them as Dalton will lead the first team offense halfway through the second quarter, hopefully to a few scores, before rookie QB Justin Fields takes over to try and prove he has what it takes to start. The Bills, a surprisingly solid team, carried by Josh Allen and Stefon Diggs, were poised for a deep playoff run, and were legitimate Super Bowl contenders, and hope to stay that way this season. Meanwhile, the Bears started last year strong and fast, before stalling out. Though they made it to the playoffs, they struggled through injury and deterioration against a far better team. They hope to put the foot back on the gas pedal with a lot of younger players and a speedy WR core. Let’s take a look at some things to look for in Saturday’s game: 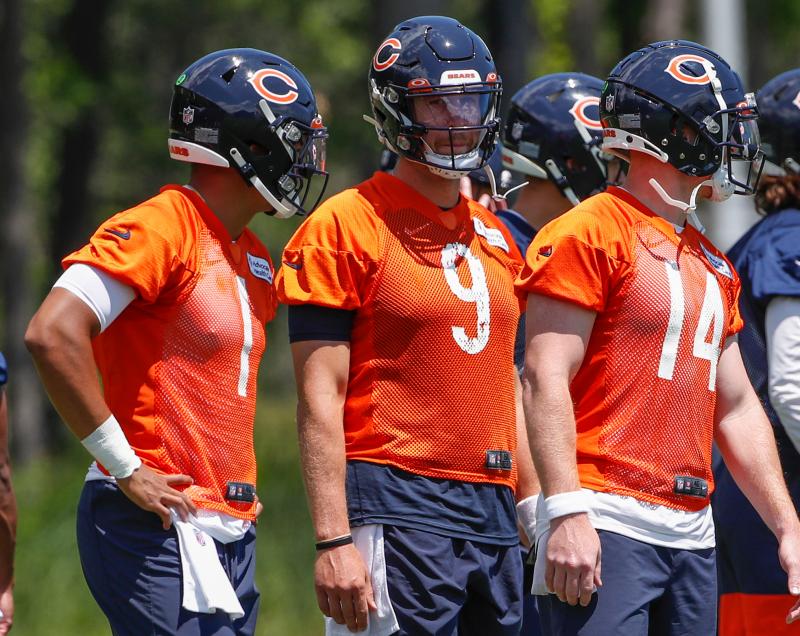 It’s been an uphill battle for rookie QB Justin Fields. The Bears announced that Dalton would play reps with the first team until at least preseason, but as camp progresses, Fields has proved himself a quick learner as he rapidly encroaches on Dalton as the starter. Earlier this week, he started splitting reps with the first team, before suffering a groin injury, making him take a limited role for the past two days of practice. It shouldn’t be a big deal healthwise, but he might not be at his full potential for this game. Foles played for a very limited time last week, so he may see some more light this time. Next, we have the crew making sure our QBs stay healthy: 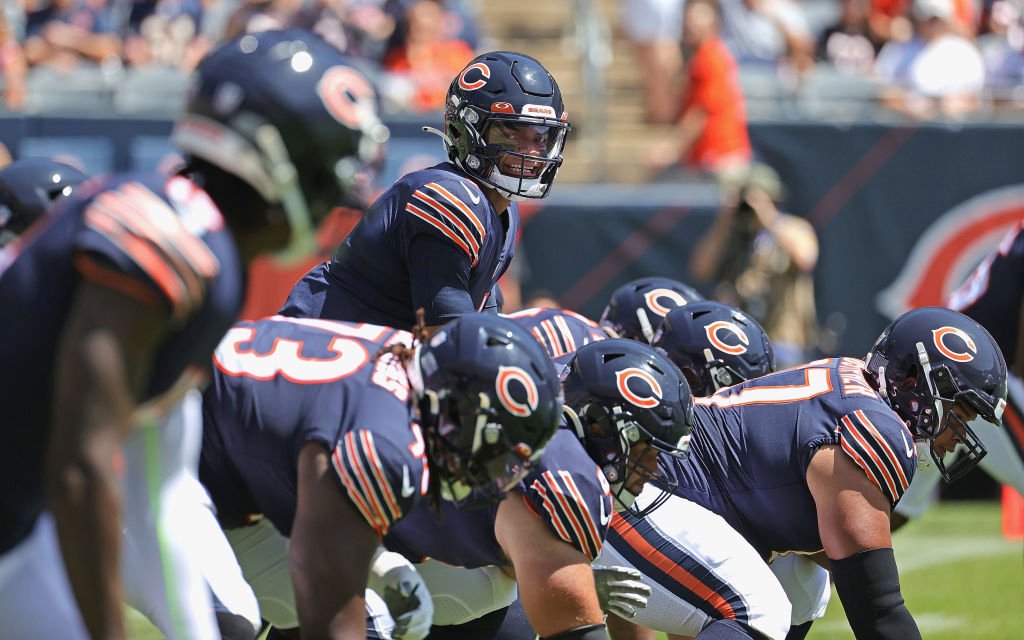 With all the injuries to the O-Line, fans have been increasingly worried. However, Wilkinson, Simmons, and Bars filled in well to lead the Bears to over 150 rushing yards, not allowing a single QB hit. With Daniels healthy again (as well as Borom), this frees Bars to compete at tackle, as with Borom (who impressed for about a day and a half before getting injured). Peters, another tackle the Bears signed this offseason, will not play this week, but Nagy hopes one of them can fill the LT/RT positions while Germain Ifedi and Teven Jenkins remain injured.They need to give QBs like Fields and Dalton the most opportunity to make plays with: 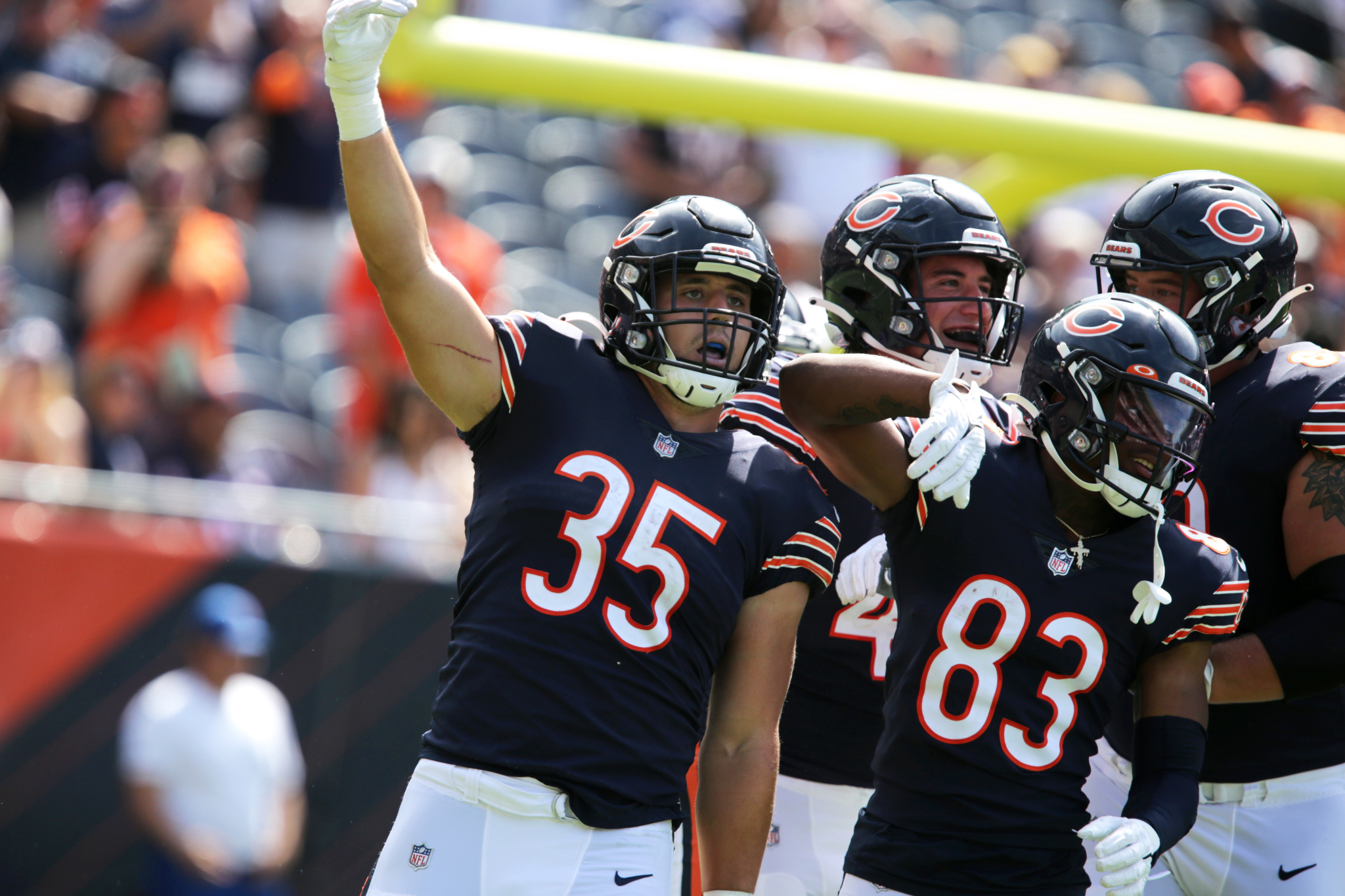 Dazz Newsome and Ryan Nall pose in the endzone

The Bears made a lot of adjustments to the WR/TE/RB positions this offseason. Kmet passed Graham to be the starter, though I get the sense they plan to split snaps like they did for the end of last season. Jesse James was also brought in, and has a great connection with Fields, and got a 30-yard touchdown last week. At RB, Cohen is still injured, so the Bears brought in Damien Williams and Khalil Herbert. Williams made a splash at camp as a receiving back like Nall and Cohen. Meanwhile, Herbert played many snaps against the Dolphins, and impressed Nagy. At WR, we still have Robinson, Mooney, Wims, and Ridley, but Rodney Adams has been doing very well this offseason after a while on the practice squad, and looks to be the WR4. The Bears also brought on speedy Dazz Newsome in the draft, as well as another 3 fast FA receivers, Marquise Goodwin, Damiere Byrd, and Jon’Vea Johnson. We may see a bit more of Newsome, Johnson, and Byrd with the cuts of Thomas Ives, Jester Weah, and Justin Hardy this week. Several of these players are also in another unit to focus on: 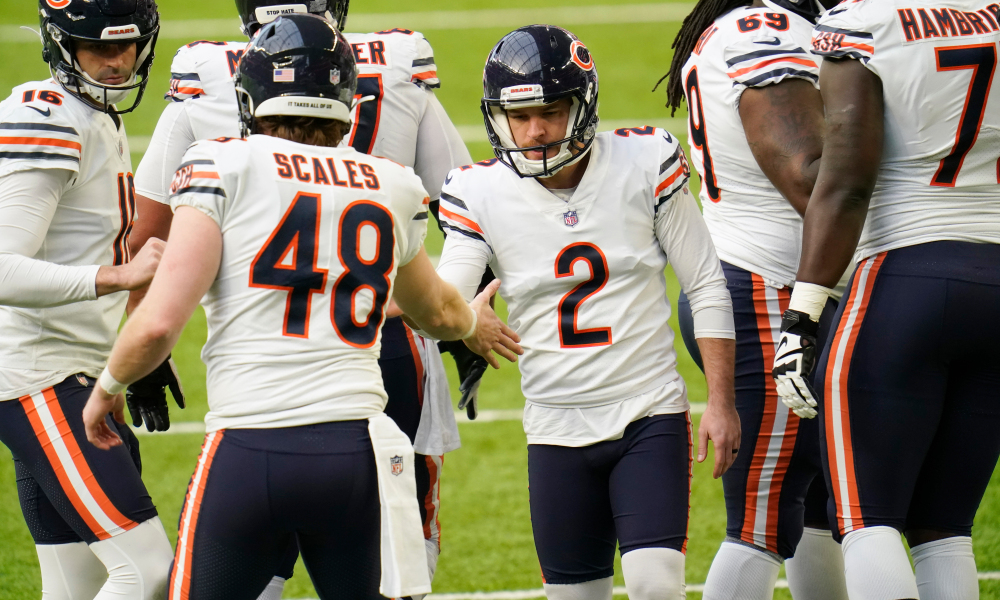 The Bears had special teams woes on both punts and punt returns last week, much to the dismay of ST Coordinator Chris Tabor who has cultivated a great unit in the past. Last week, Safety Jordan Lucas (a surprise at both PR and KR) and Jon’Vea Johnson both fumbled punt returns, and the unit struggled against the Dolphins returns by Jakeem Grant and Jaylen Waddle. Chris Tabor is looking to ILBs Alec Ogletree and Christian Jones to step up in place of Sherrick McManis and Cordarrelle Patterson. At PR, Dazz Newsome surpassed Damiere Byrd on the depth chart, though neither returned a punt last week. Khalil Herbert continues to be the man at KR, though Tabor surprised us by putting Lucas at both return positions last week. At Kicker, Cairo Santos and backup K Brian Johnson have been perfect. Santos only kicked once, while Johnson knocked a 53 and 44 yarder. Johnson definitely has a future in the NFL, though Santos is still the starting kicker for Chicago.

Other Things to Watch

Is Trubisky as good as the Bills say he is?

Can the Bears keep "it" going, and also start faster than last week?

For more Bears news and updates, as well as Bear talk and more, join the Chicago Bears Discord Server