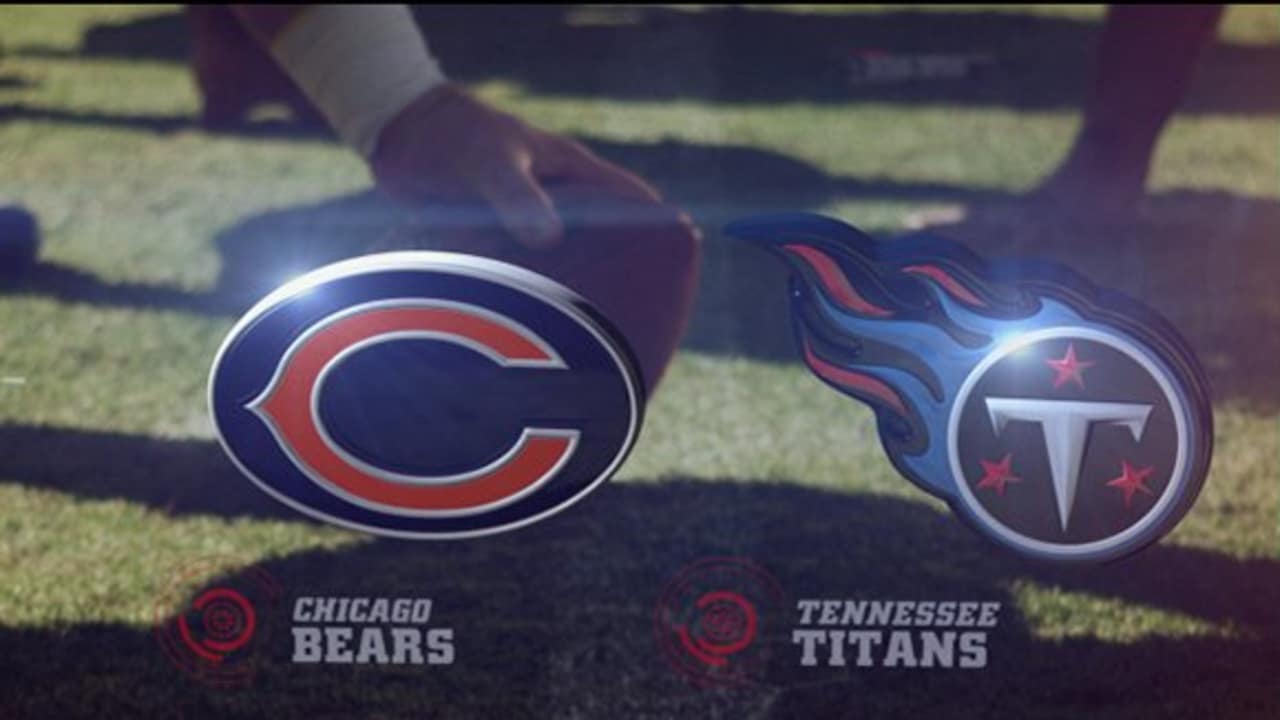 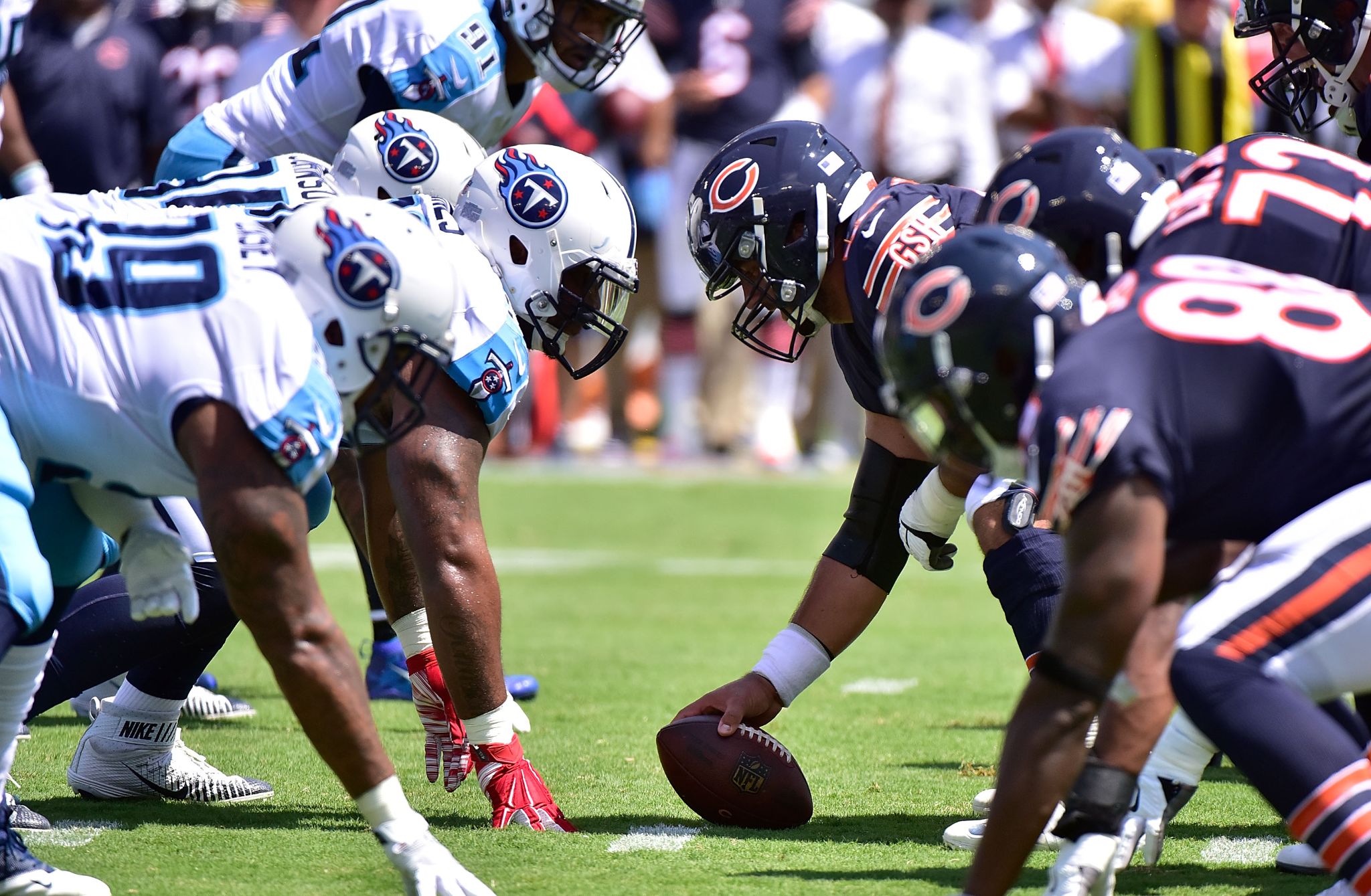 The NFL 2021 Preseason wraps up for the Chicago Bears as they travel to Nashville to face off against the Tennessee Titans. The Titans have made themselves a powerhouse with the emergence of Derrick Henry and A.J. Brown, and the signing of Ryan Tannehill. They hope to continue that trend after acquiring Julio Jones. The Bears are coming off a beating from Buffalo and hope to come back this week and go up to 2-1 on the road against the 2-0 Titans, who are down 2 coaches (including HC Mike Vrabel) and 3 players (including QB Ryan Tannehil) due to COVID precautions. But that’s not why this week is important. This is a crucial game for many Bears players who are just on the edge of the lineup. Roster cuts are on Tuesday, and the Bears need to trim the roster down from 80 to 53. So not only are players trying to earn roster positions, some need to earn spots on the practice squad as well. 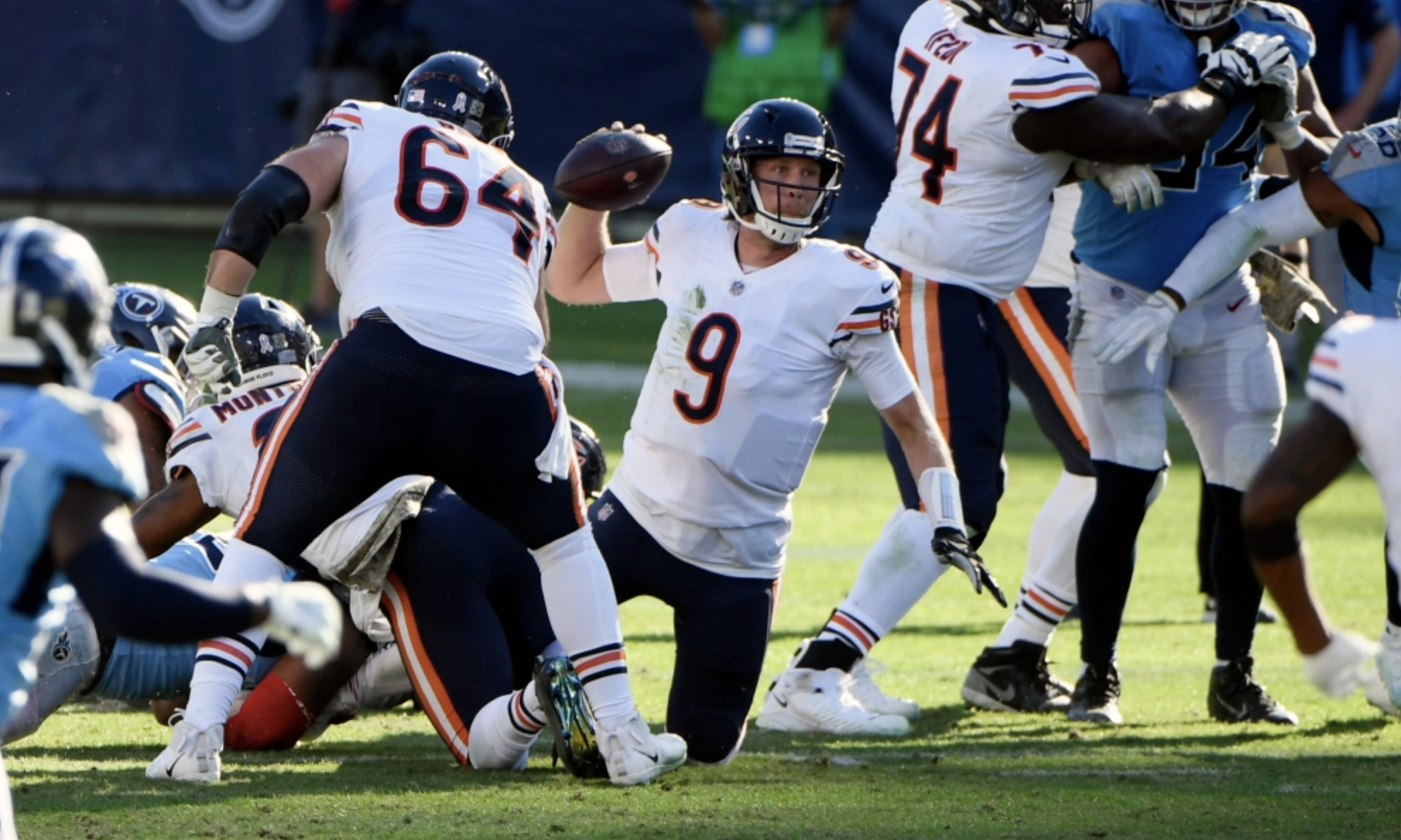 With most of the starters out and resting ahead of week 1, here are a few position battles and players looking to make the roster or stay on the radar for the practice squad. 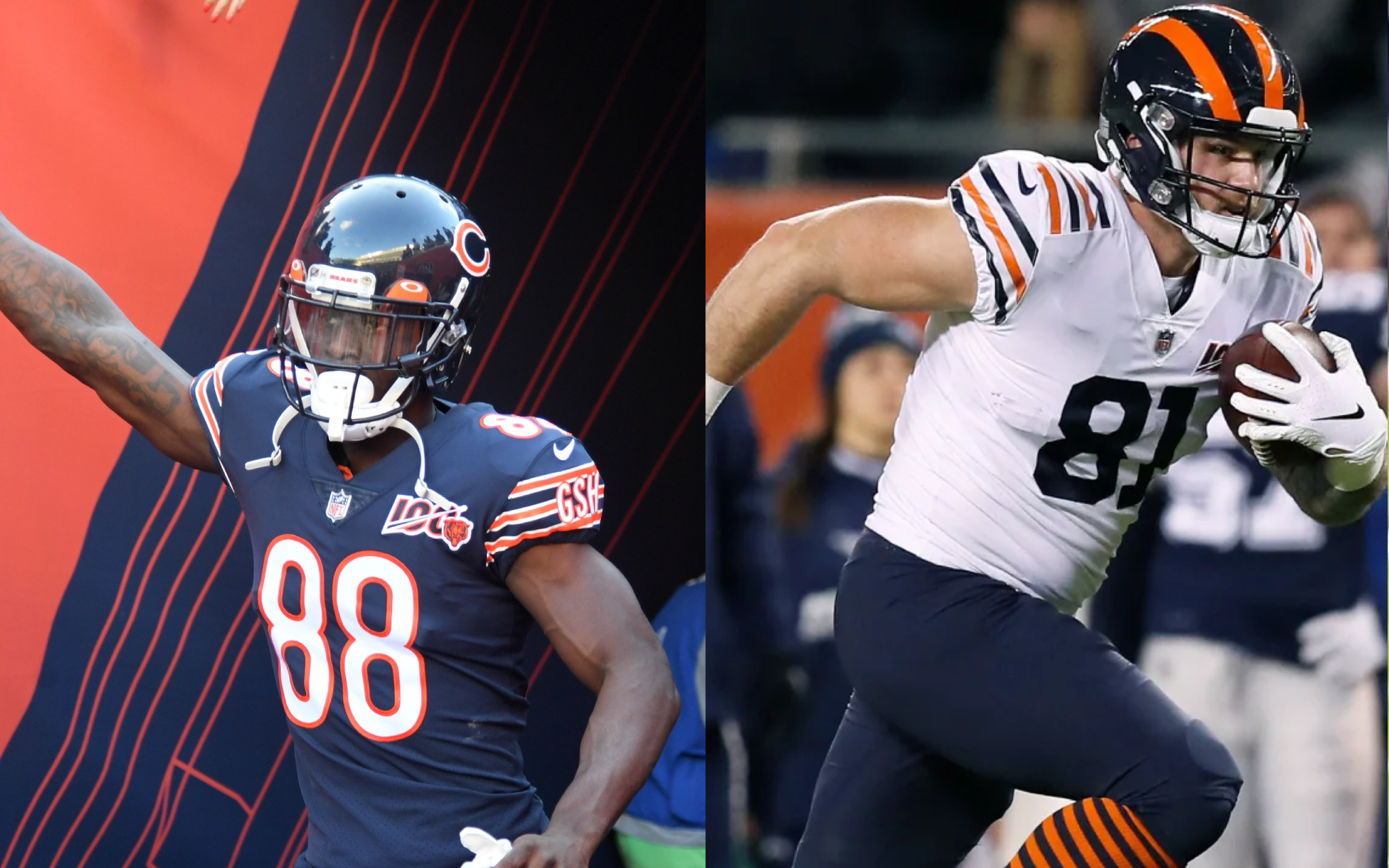 The offense for the most part is set. The big position battles are JP Holtz and Riley Ridley trying to stay on the roster. Jesse James came to the Bears this offseason and definitively locked up the TE3 spot. Now JP Holtz needs to prove that the Bears could take a 4th TE, all while beating Jesper Horsted to the spot. Holtz has not played yet this preseason, and is questionable going into this game. In addition, there has been a lot of changes at WR this season. Miller was effectively replaced by the likes of Marquise Goodwin. Damiere Byrd was also brought in and is solid depth at the WR position. The cut of Javon Wims should have been a roster lock for Ridley, though Rodney Adams has quickly risen this offseason to prove he has what it takes to make the 53 man roster. Now Ridley, who was inactive most of last season, and disappointed this past few weeks, has to compete with Chris Lacy and Dazz Newsome for that last WR spot. At the same position, Jon’Vea Johnson and the newly brought in Isaiah Coulter are competing to be on the practice squad. Johnson should have a lock on that spot due to his work as a returner, and may even have a path to the roster if he impresses tonight. The O-line situation is more simple. The o-line is effectively locked up, with Alex Bars, Larry Borom, Elijah Wilkinson, and Teven Jenkins (though injured) being good depth behind the starters. Redmond, Eiselen, Hambright, Wheatley, and Simmons will need to fight it out to get on the practice squad. Nick Foles most likely has a lock on the active roster, but a 3rd QB isn’t near necessary. Either way, we’ll probably see a quarter or more from him in the second half of today’s matchup. 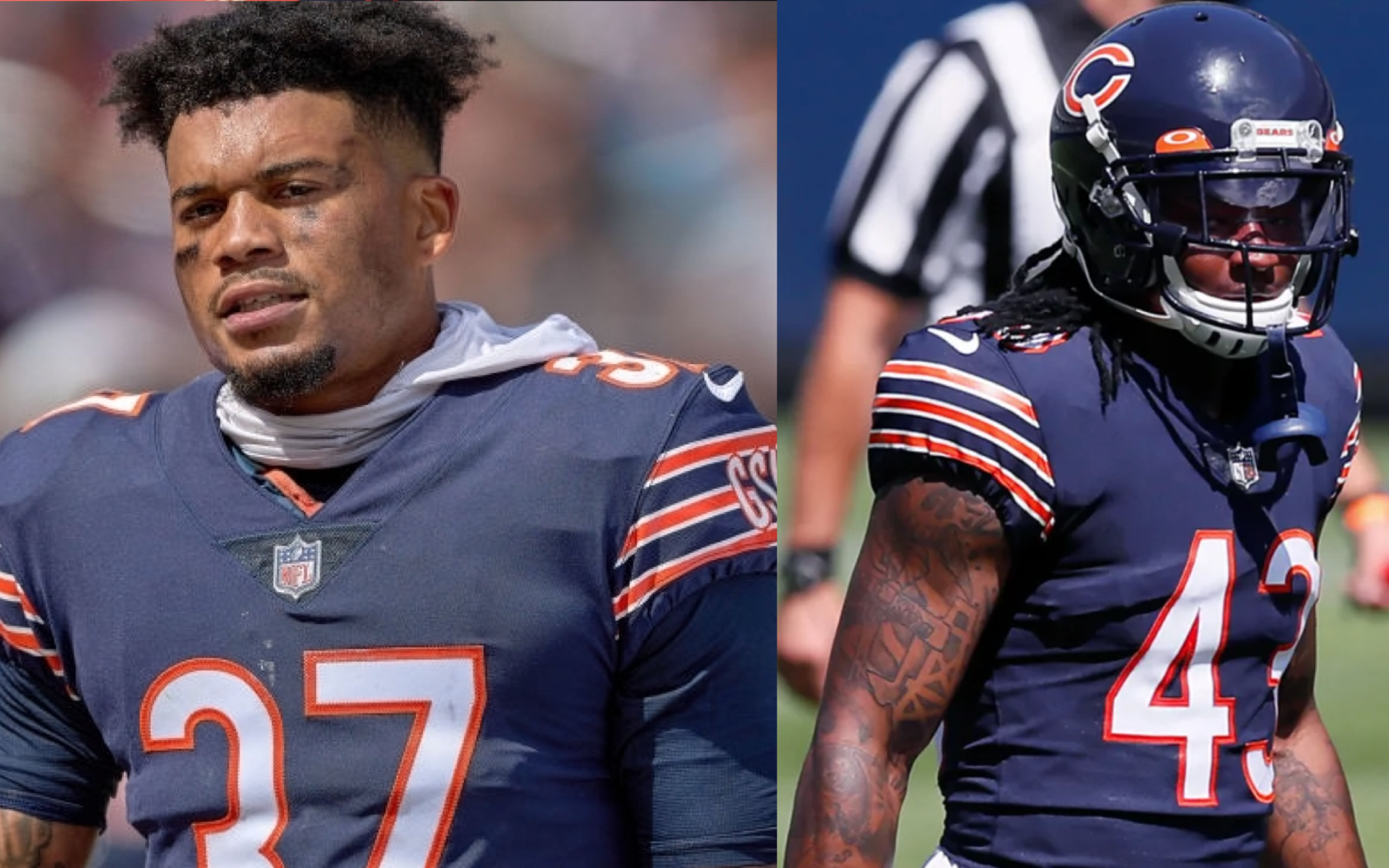 The battle for some of the preseason favorites is a little steeper. The Bears certainly have plenty of DBs, but that doesn’t stop players like Teez Tabor and Marqui Christian from standing out. They’re looking for the Bears to make room for them on the lineup. Some players they could pass up at that position include Duke Shelley and Thomas Graham Jr., though that’s very unlikely due to them doing well so far in their respective early careers. However, with Xavier Crawford injured, they are on the fast track for the practice squad, and maybe could compete for the 2nd string positions at safety or NCB sometime in each of their futures. Meanwhile at the linebacker position, Ogletree and Jones have locked down the 2nd string slots inside. Caleb Johnson, Joel Iyiegbuniwe, and Josh Woods may seek to open up a slot at the position as a 5th backup all in all. I think if anyone could be outstanding enough for the Bears to make extra room for, it would be Caleb Johnson, even though he’s listed behind both on the depth chart currently. However, he definitely deserves to be on the roster, even only for his Special Teams reps. In addition, OLBs Sam Kamara and Charles Snowden battle for the attention of practice squads league-wide. Also consider that DL Mike Pennel and S Jordan Lucas remain on the IR (which counts towards the 80-man roster) so cuts of those players may make space for more. 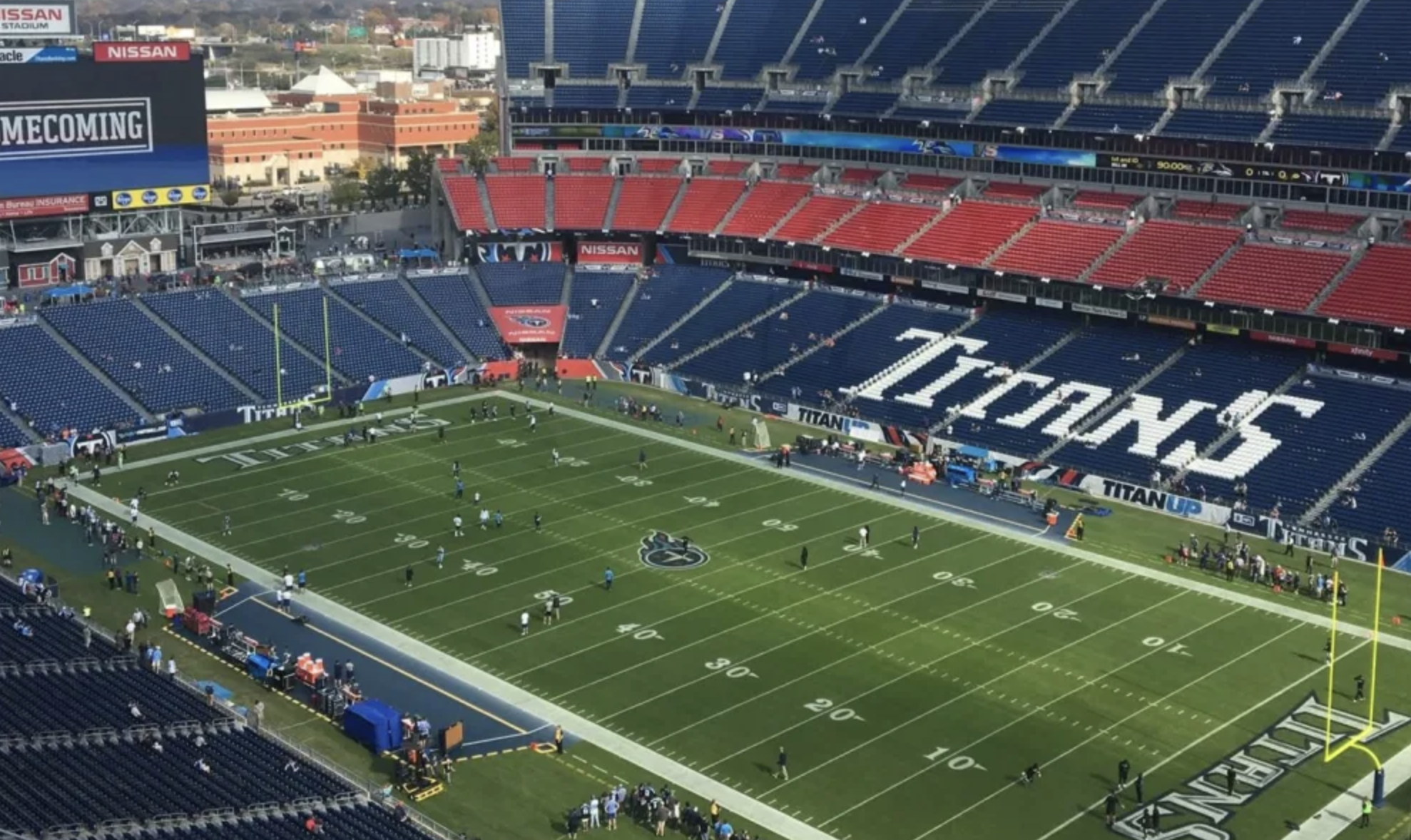 Chris Lacy and Jon’Vea Johnson are listed on Special Teams, meaning they have an easier shot at the roster.

At RB, Cohen remains on the PUP list, meaning Herbert and Williams will fight it out for the RB2 spot in Chicago, while Nall and Pierce fight for the last RB roster spot (if the Bears even have one this season). Nall may have a lock there due to his special teams work, including being a backup at LS.

Bears may want to keep on Brian Johson and Nick Foles as trade capital or extra insurance. Most likely, Foles is active and Johnson ends up on the practice squad.

Could Vaughters or Kamara pass Attaochu for 2nd ROLB?