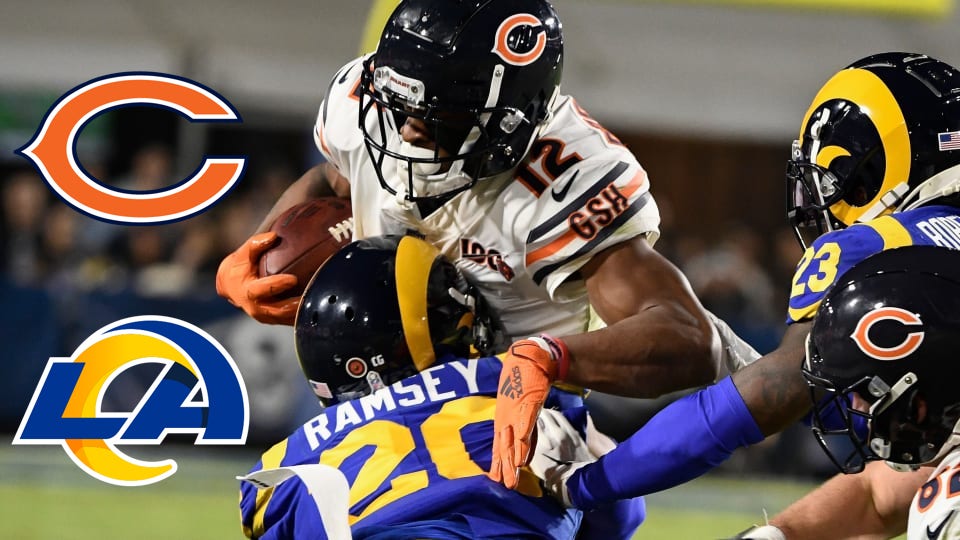 Week 1 has finally arrived, and Bears @ Rams is one of the most exciting games of the openers. The Rams are once again real playoff contenders, meanwhile the Bears must prove they’re still relevant. Ryan Pace and Matt Nagy are banking on the Bears making the playoffs if they want to keep their jobs another year, and they’re hoping all their changes will make the Bears more energetic. The Rams have played the Bears many times over the past few years, and each time is just as exciting as the last. Let’s take a look at what to look for this game: 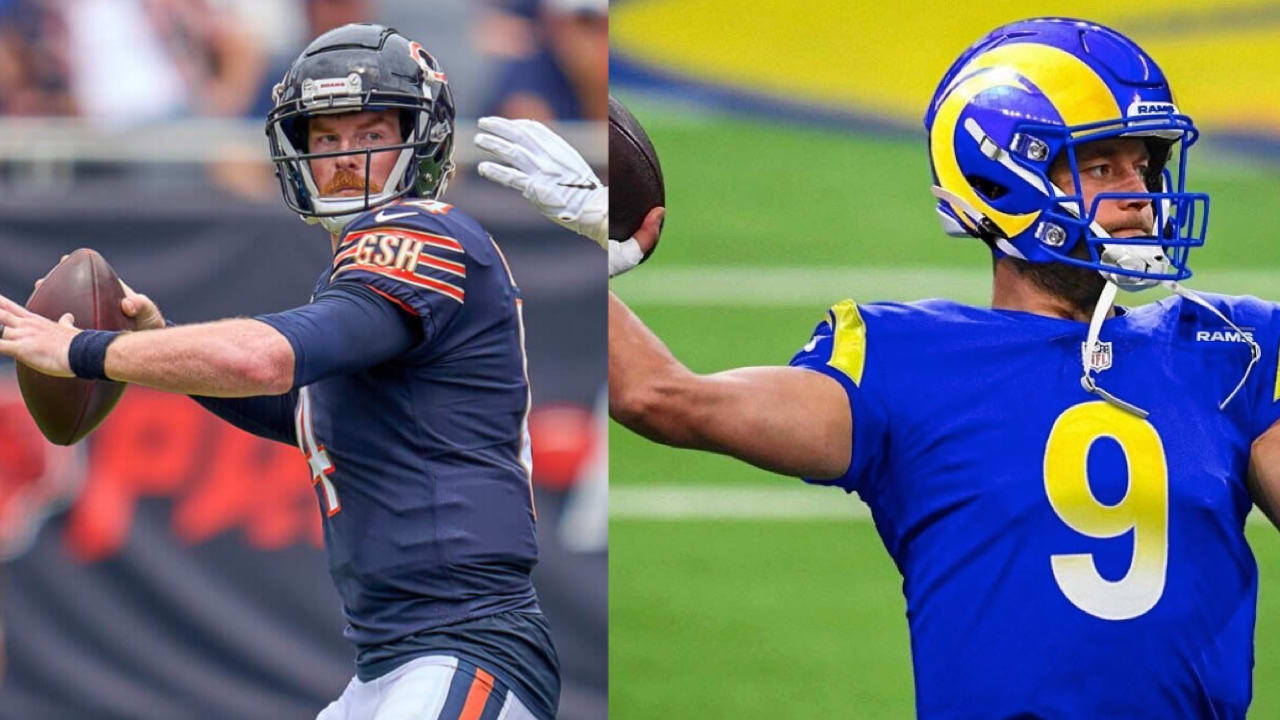 Both teams brought in new quarterbacks this offseason, but neither is unfamiliar. Andy Dalton is entering his 10th season in the NFL, after 8 seasons with the Bengals and 1 with the Cowboys. The 33-year-old believes this will be his peak year, and he will enter the season with something to prove, and a young but talented Justin Fields to protect his job from (and hopes his o-line can protect him from the Rams dominant d-line). Meanwhile, Matthew Stafford is no stranger either. The Rams and Lions did a QB swap this offseason, moving Jared Goff to the Lions, and Stafford to the Rams. Needless to say, the Bears are quite used to taking down Stafford and hope to keep up that trend this week. 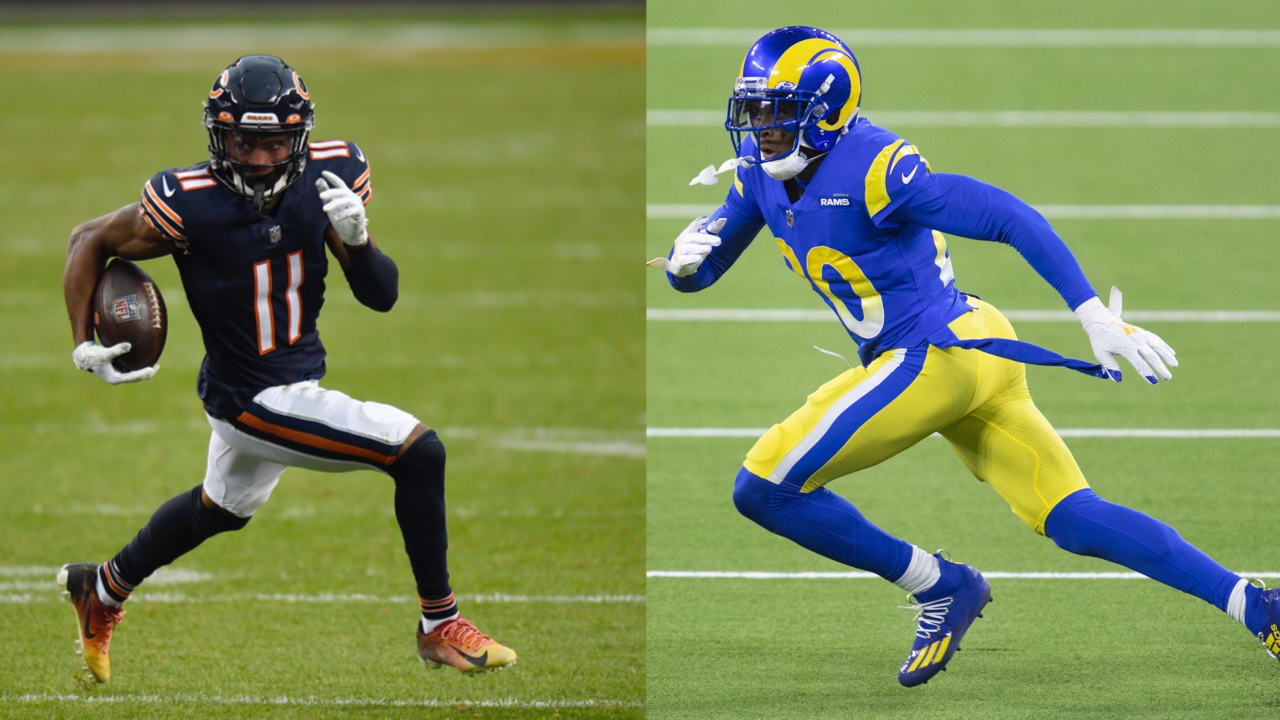 The Bears headed in a new direction with their receiving core this offseason. They went with speed. Darnell Mooney already locked down WR2, but they also brought in the speedy Marquise Goodwin and Damiere Byrd (they also have Dazz Newsome and Jon’Vea Johnson on the practice squad). Nagy is clearly going for a faster offense with more momentum, but he’ll have to do a better job of play calling if he really wants to win (a screen pass on 3rd & 14 won’t cut it). They’ll line up against Jalen Ramsey, Darnell Mooney’s rival. 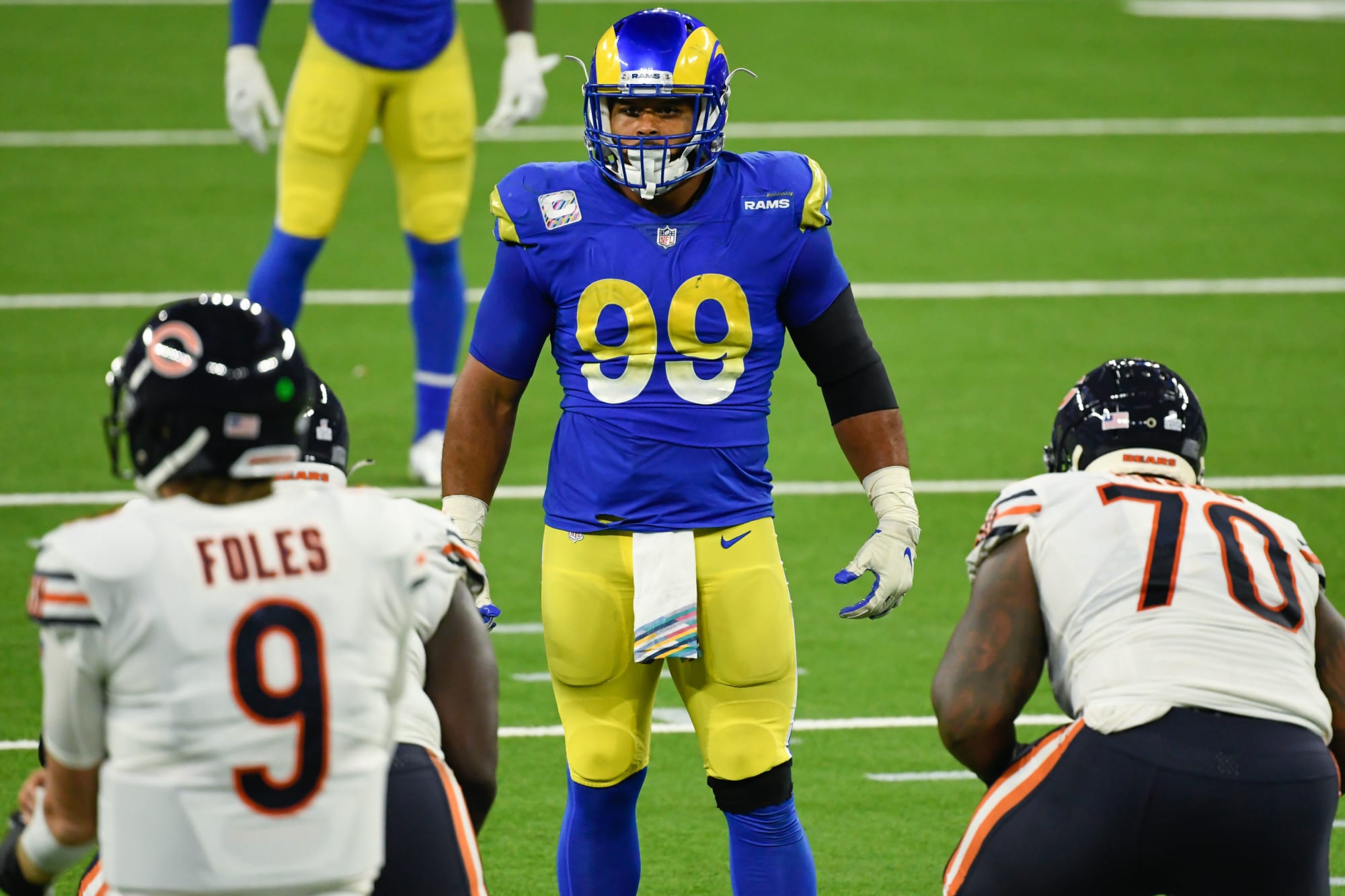 The Rams are heavy favorites for this upcoming game. Especially with the pass rush. This includes one of the best defenders in the game of football currently; Aaron Donald, and former Bear Leonard Floyd. The Bears brought in a few new faces to improve their o-line this offseason, including 39 year old Jason Peters, rookies Teven Jenkins and Larry Borom, and Elijah Wilkinson. Since last year, Ifedi has moved to RT, Peters will start at LT at least until Jenkins returns, and Daniels will start at RG after missing some of last season. Mustipher will continue getting reps at C, with Whitehair at LG. Meanwhile Alex Bars, Larry Borom, and Eijah Wilkinson will be backups for those positions. Protecting Dalton and giving Montgomery lanes to run through will be crucial, especially for this game. 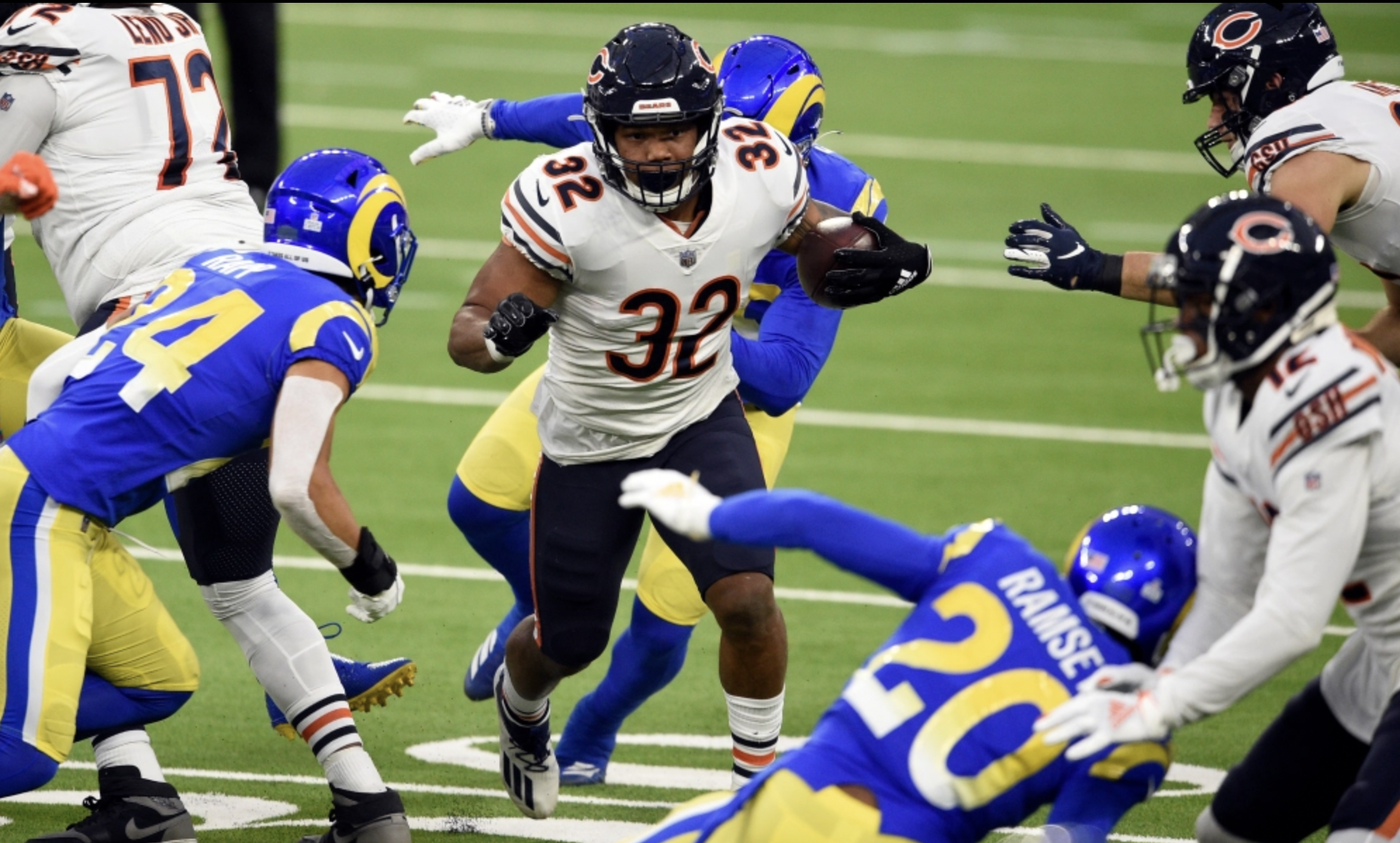 The only player the Bears are likely to be missing from their starting lineup is NT Eddie Goldman. Khyiris Tonga will be the backup at that position. He impressed in the preseason, so we’ll have to see what he can do against the pros. However, the main worry for the Bears defense is the cornerback position. Jaylon Johnson is stepping up to CB1 in his second year in the NFL. That’s not the greatest worry at that position, however. That goes to the other 2nd year defender, Kindle Vildor, playing at CB2. Many are worried if he can step up to the challenge. I believe he did well vs the Saints in last year’s wild card game when Jaylon Johnson was injured. But can he be a permanent starter in the lineup? In addition, Duke Shelley is starting as the slot CB. He took over those duties last year, and was just about average. We’ll see what happens there. Perhaps Marqui Christian, Artie Burns, or Xavier Crawford might earn some CB reps. Another defender to watch is Alec Ogletree. He impressed at camp and will start alongside one of the best ILBs in the game, Roquan Smith, while filling in for the injured Danny Trevathan. Many are hopeful for him to take that job away from him altogether. On the offense, look out for TE Cole Kmet, who appears to have surpassed Jimmy Graham on the depth chart at that position. Also look out for Khalil Herbert to try and make a run for the RB2 spot, which currently belongs to Damien Williams. 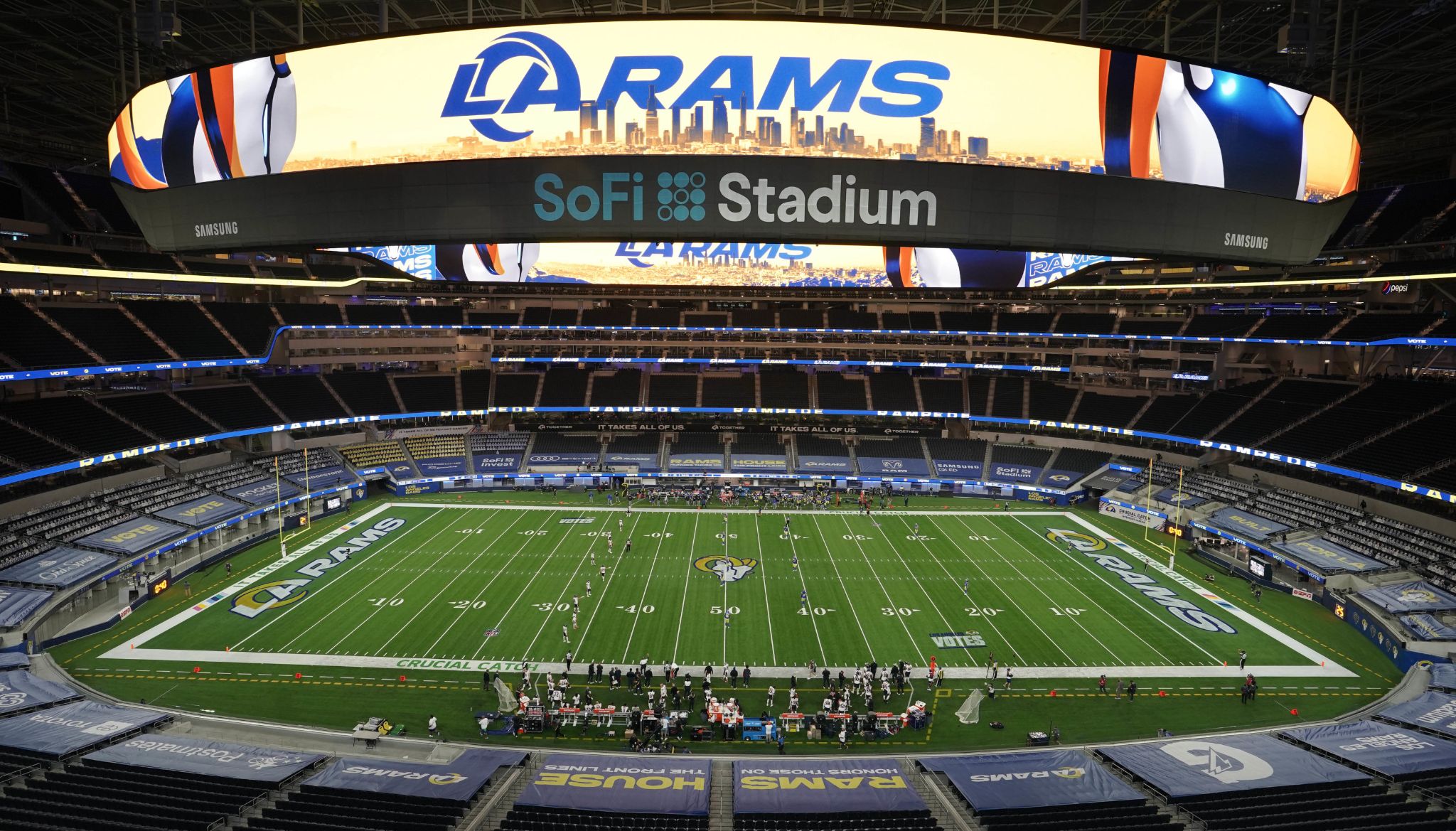