Neither sack the Bears allowed this week were what they seemed initially. Lester breaks them down here:

Despite what you may have heard from a former reality TV star that built his social media brand by pandering to fans, the Chicago Bears pass protection still has some issues. There are ways to scheme around those, and offensive coordinator Luke Getsy has done so, but when it's time to drop back and push the ball downfield, Chicago's pass pro breaks down more often than not.

Regular readers of Sackwatch will be able to tell you that sacks aren't solely on the offensive line, but for as many pressures that Justin Fields has gotten himself into, I'd guess he's avoided as many, if not more. Getsy has done a nice job protecting his offensive line with bootlegs, play action, max protection, and by letting them run block more than pass block, but Chicago's front five have had issues all year long.

Pro Football Focus tracks pressure percentage allowed on "True Pass Sets," meaning no play action or rollouts, no screen passes, and a time to throw over two seconds, so none of the quick game is included. Basically, it's a drop-back pass play asking the pass protection to hold up, and the Bears are dead last in the NFL.

On Sunday against the New York Jets, the Bears only called 8 plays that required a true pass set, and in those, they allowed pressure on 5.

Sack 41 - 3rd Quarter 15:00 - Nathan Shepherd and John Franklin-Myers
Watching live, I had this one on center Sam Mustipher. The nose tackle, Nathan Shepherd #97), works to Sam's right, and Sam stays with him. The Jets run a late twist that may not have been planned, but regardless, John Franklin-Myers (#91) comes around after being initially picked up by right guard Teven Jenkins.

What should have happened is Mustipher passing #97 off to Jenkins and then being in a position to pick up #91 coming back to him. But Mustipher turns, sticks on the nose tackle, and wasn't ready.

But Jenkins wasn't ready for the twist either. He was knocked deeper into the backfield by Shepherd, and Shepherd got a piece of this sack.

Franklin-Myers looped around his teammate and got half of this sack too.

So let's say that Mustipher played this by the book. If he gives Shepherd to Jenkins so he can pick up Franklin-Myers, then Trevor Siemian is still getting sacked because Jenkins didn't get Shepherd.

I got to split this sack allowed on Mustipher and Jenkins.

But I also got to share this cut-up of Jenkins because the good from #76 outweighs the bad.

Sack 42 - 3rd Quarter 10:36 - Bryce Huff
This was a nice play design by the Jets. They show a late blitzer after the Bears already had their pass protection set up front. They threaten the right a-gap that Teven Jenkins has to account for because the center is going to his left. My guess is that #57 was initially called the Mike when he was lined up over Chicago's left side, which is why Mustipher was focused on his left a-gap. The Bears had already committed their pass protection left, Mustipher had his head down for the shotgun snap, and there wasn't enough time to relay to him that #57 moved before he snapped the ball.

So with an empty set, the three Jet defenders now on Chicago's right side were the responsibility of Jenkins and right tackle Larry Borom.

Jenkins quickly checks his a-gap, the linebacker #57 bails, so he then shifts focus to his b-gap and defensive lineman #91.

Borom's job is to protect his inside gap first, and once he realizes Jenkins was there, he wasn't quick enough to pop back out for Bryce Huff (#47).

I initially thought to pin this on Borom, but I can't do it.

There were 9 seconds on the play clock when the ball was snapped, so there was plenty of time for Trevor Siemian to reset the pass protection. If Siemian alerts Mustipher that the Mike (#57) was on their right side now, then the center is responsible for the right a-gap, the right guard has the b-gap, and the right tackle has the edge rusher.

Anyone blaming Borom for not getting out to a wide 9-tech defensive end after first being responsible for his inside gap is just looking for a reason to complain about Chicago's second-year tackle.

This one is on the quarterback.

I'm guessing that Justin Fields will be back playing at some point, and if he returns then this dubious record could still be his. 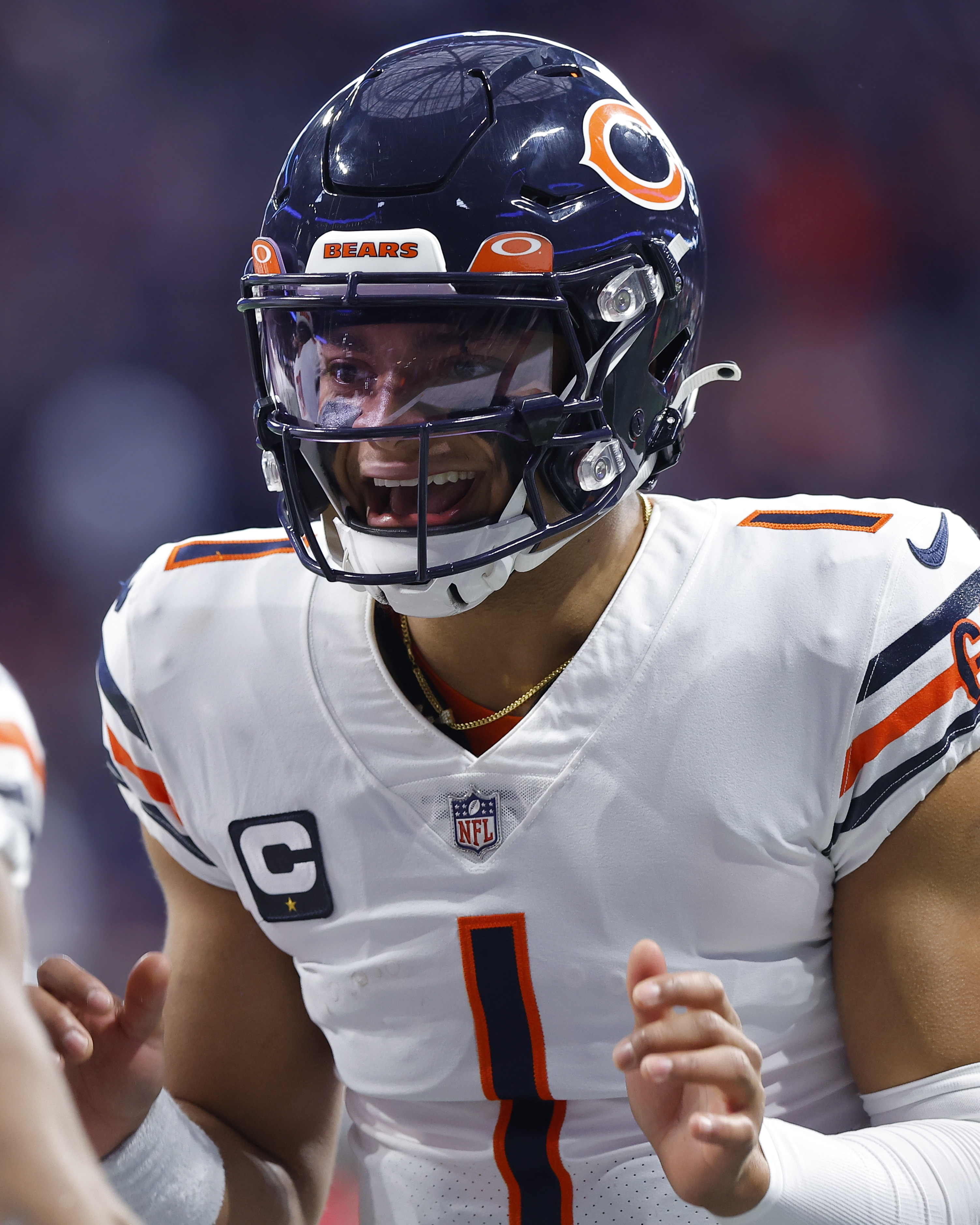 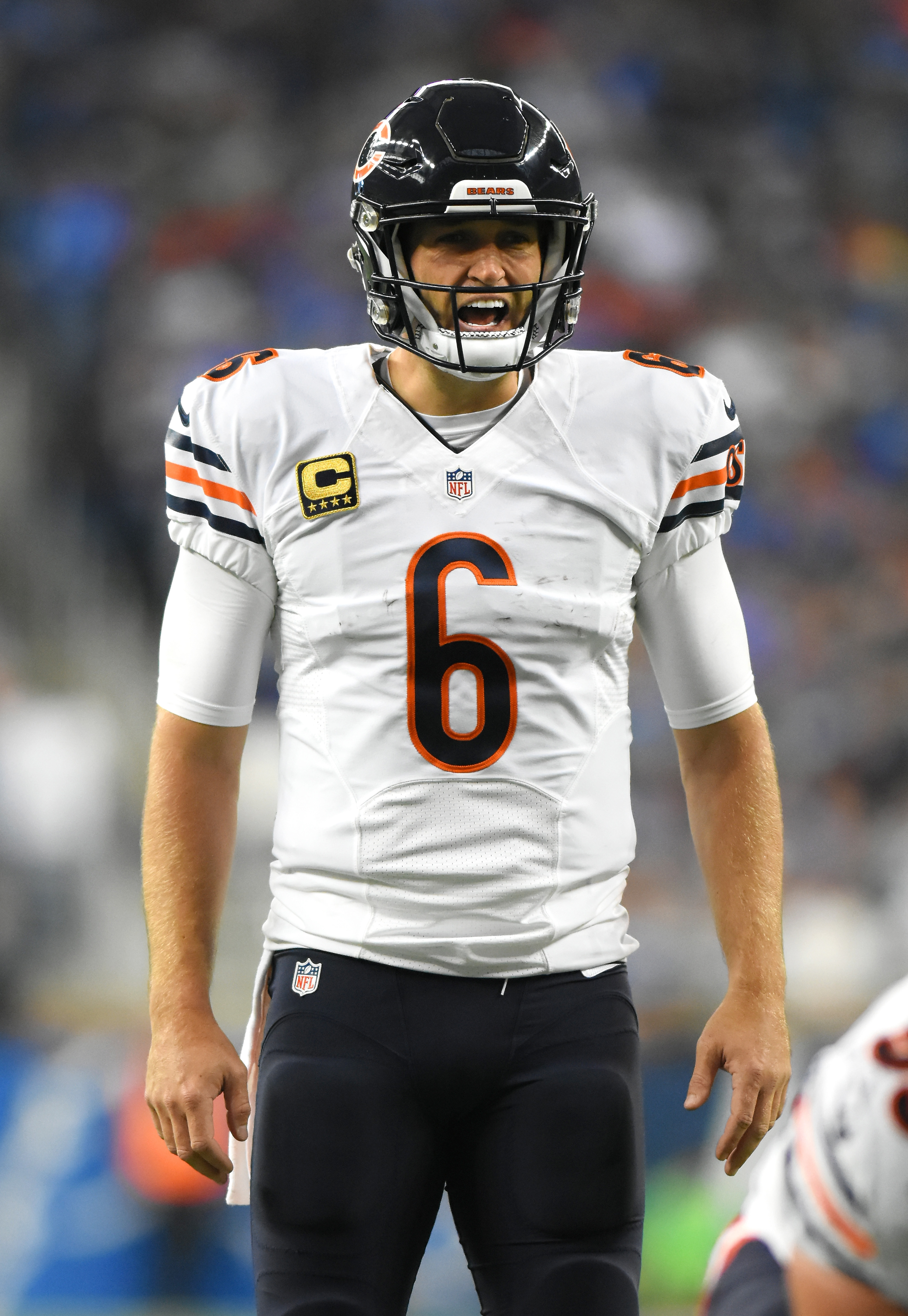 Here's the historical Sackwatch after 12 games: