Share All sharing options for: Let’s check on the fan confidence from Bears and Packers fans

The latest fan confidence poll results are in from SB Nation Reacts for all 32 fan bases, and fans of the Chicago Bears and the Green Bay Packers are at different places right now.

Chicago fans just watched their team pull out an unexpected win against the team that was in the NFC Championship game a season ago, while Green Bay fans just sat through a disappointing week one loss to an NFC North division rival. Bear fans are cheering for a team in year one of a new regime, so many are expecting some growing pains, while Packer fans have perennial postseason expectations for their franchise as long as Aaron Rodgers is under center.

The Bears travel to Green Bay for Sunday Night Football and they’re looking for their first primetime W in Wisconsin since Jay Cutler, Shea McClellin, and Tracy Porter helped them to a Thanksgiving night win in 2015.

Here’s how fan confidence is trending for both fanbases. 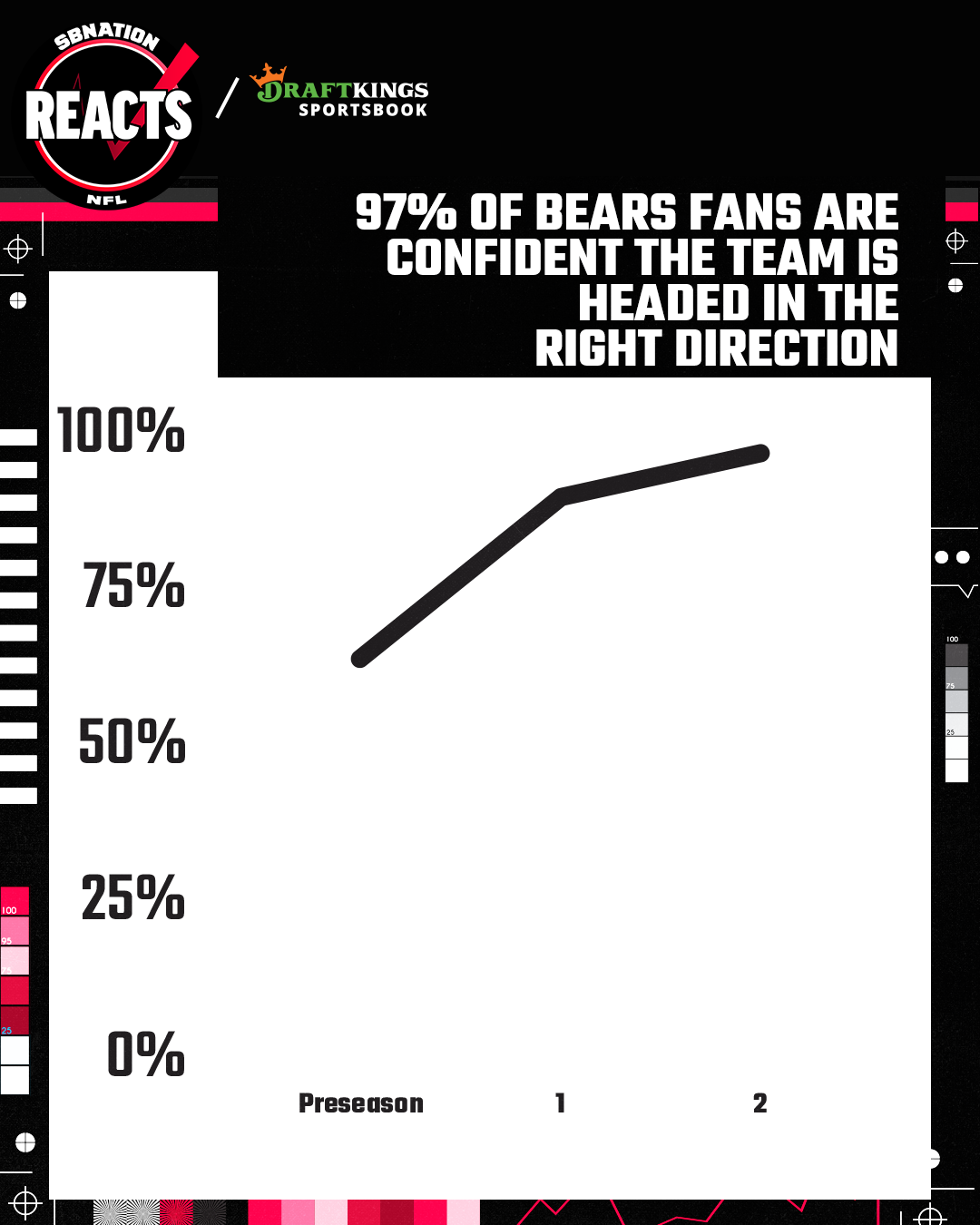 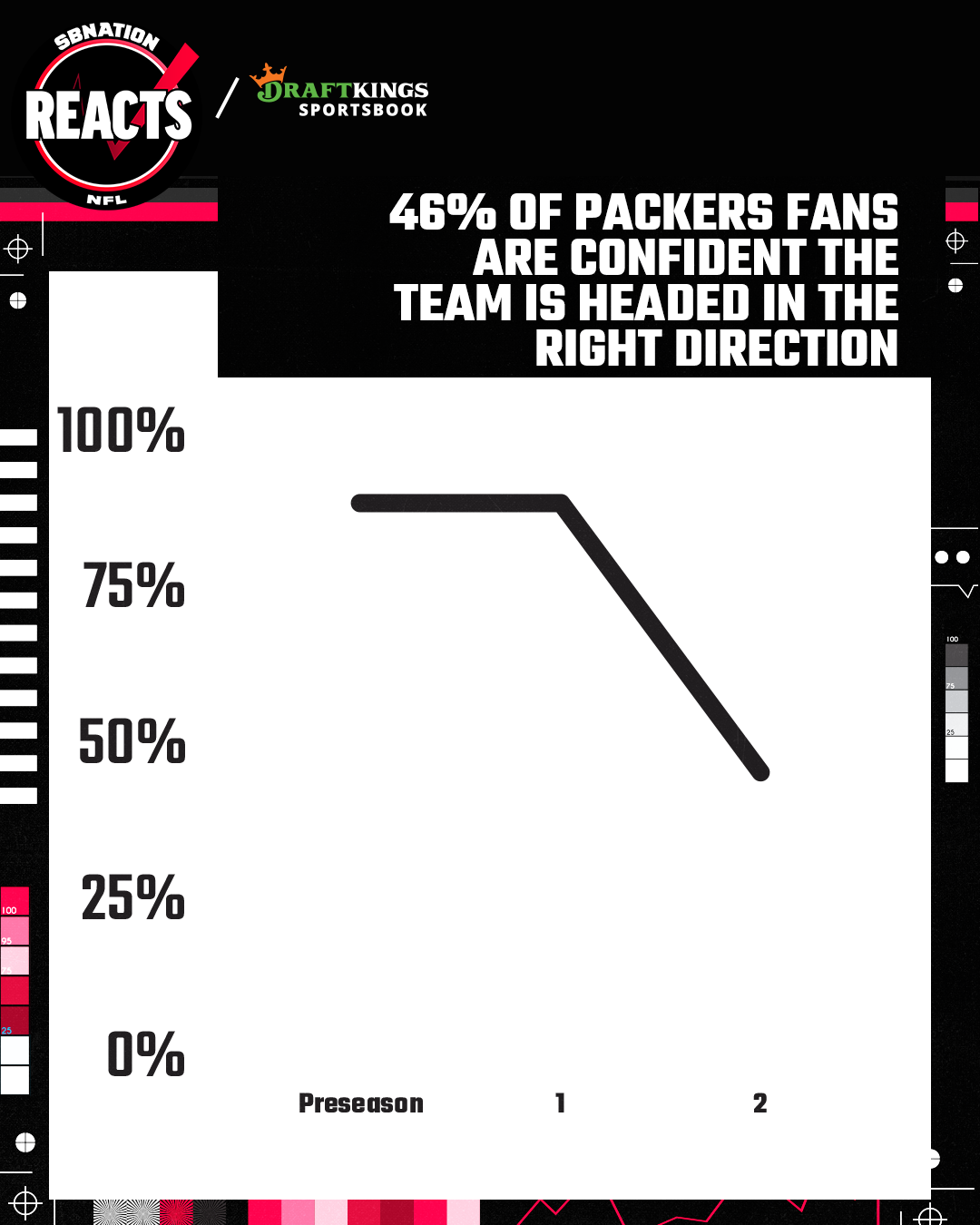 Fan confidence in Bears and Packers heading in opposite directions

Welcome to SB Nation Reacts, a survey of fans across the NFL. Throughout the year, we ask questions of the most plugged-in Chicago Bears fans and fans across the country. Sign up here to participate.