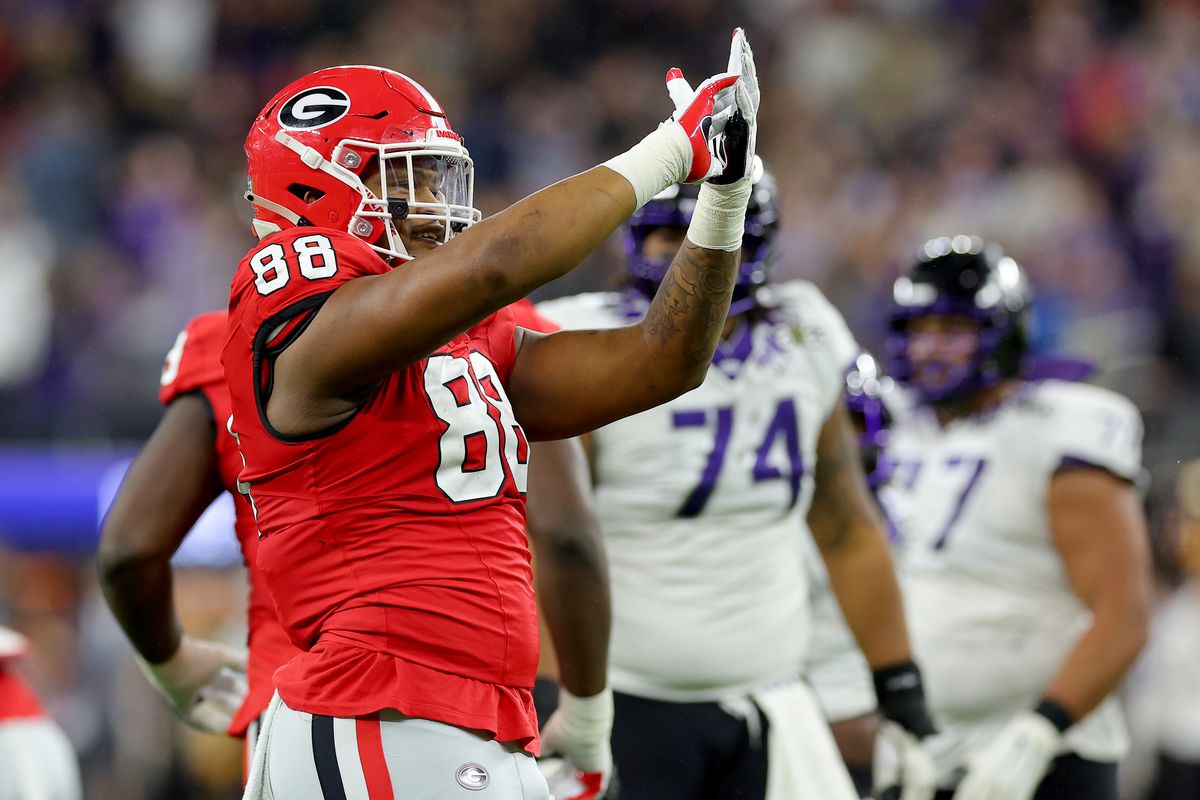 The words you’re about to read don’t matter.

Or, at least, they shouldn’t matter. In fact, I, the one writing them, hope they don’t matter.

The Bears have the number one overall pick in the upcoming 2023 NFL draft, the first time they’ll be picking at the very top of the draft since 1947, when they weren’t even halfway through their stay at Wrigley Field.

I don’t know what this is supposed to feel like. Now that it’s here, I still can’t figure out what exactly it is I’m feeling. Except my unwavering love for Lovie Smith, of course.

But the Bears don’t just have the first pick, they probably have a franchise quarterback, too — speaking of not knowing what to think or how to feel. And that hasn’t happened since well before Wrigley was even built.

The Bears have the worst record in the league, the third worst team in the league by overall DVOA, and the worst defense by defensive DVOA. But they have the first pick, over $100 million in cap space, and they have Justin Fields. And that’s a pretty good place to start.

For the sake of this article, I’m not going to mention the trade rumors surrounding Fields, or the suggestion that the Bears keep the first pick and use it to select Alabama QB Bryce Young, because, quite frankly, neither of those things are going to happen, and we’ve all been doing this long enough to know that.

I’m also not going to reserve any words beyond this paragraph for the possibility of the Bears trading out of the first pick. If you couldn’t figure it out from the hook, I hope they trade down, they should trade down, and they probably will trade down.

But if they don’t — which, while unlikely, is probably a little further into the realm of possibility than any of us want to admit — the Bears should take Georgia defensive tackle Jalen Carter.

This isn’t about Carter being a truly special athlete, player, or prospect. It isn’t about him trumping Alabama edge rusher Will Anderson in any of those categories, either — Carter’s only competition for the best overall prospect in the class.

It’s about positional scarcity around the rest of the NFL, and — most importantly — positional value to the Bears.

Your argument for Anderson over Carter, if you don’t simply think Anderson is a markedly better prospect, is probably built on the NFL’s traditional valuation of edge rushers. And you’d have a point — we’ve all heard it before, the most important position is far and away quarterback, and behind it is offensive tackle and edge rusher. In the 21st century, all 22 number one overall picks have been at one of those three positions.

The Bears have needs at both offensive tackle and edge rusher, but none of the tackles in this year’s class are worth the first pick, so Anderson becomes the obvious choice.

And edge rushers are really valuable, and Anderson is really good. But because the position is so conventionally valuable, the entire football world is hyper-aware of just how important they are. The demand for the position is extreme — and it has been for, well, ever — so inevitably, the supply is catching up. This isn’t to say good players at the position grow on trees, they certainly don’t — after all, the Bears’ platoon of late-round edge rushers produced a league-low 20 sacks this season.

But compared to defensive tackle, a position whose last number one pick was almost 30 years ago, contributing edge rushers that are anywhere between capable and dominant are a dime a dozen. According to OverTheCap, there are 19 interior defensive linemen making $10 million or more in average annual value on their second contracts. The 32 edge rushers making the same almost doubles that mark, meaning that, on average, each and every NFL team has an EDGE they deem worthy of a second contract worth eight digits a season.

Admittedly, it doesn’t exactly work like that. But the idea that there will never be enough productive edge rushers to go around is overblown at best and misguided at worst. Wherever you fall in between those bumpers, you’d be hard-pressed to deny that the supply of productive pass rushers is certainly scarcer on the interior that in it is on the edge. Pass rusher — by the way — is an important distinction, as there are plenty of productive run stuffers on the interior, so much so that very few of them are paid close to $10 million a season.

But Jalen Carter is undoubtedly a pass rushing defensive tackle — his ability to disrupt the pocket is his most eye-popping trait — so the production he could potentially provide at his position is of notably low supply across the NFL.

And a disruptive, pass rushing defensive tackle is of special value to the Bears. Save for a failed medical, Larry Ogunjobi was set to be the first signing made by the Ryan Poles-Matt Eberflus regime — an explosive, disruptive pass rusher at defensive tackle for whom the Bears were prepared to pay over $13 million a season. A player of Ogunjobi’s skillset — and Jalen Carter’s — immediately becoming a priority for Poles is understandable.

Eberflus’ defense, which lines up with four down-defensive lineman and expects them to generate pressure by themselves, relies heavily on disruption from the interior of its defensive line. Eberflus has never blitzed at a high rate, meaning penetration through the front of the pocket — the critical ingredient to disrupting pocket integrity and muddying the picture for opposing quarterbacks — is a responsibility almost exclusively assigned to his defensive tackles.

An explosive "3-technique" defensive tackle becomes paramount to generating pressure, the type of player Ogunjobi was, so too DeForest Buckner, for whom the Colts traded the 13th overall pick in 2020 when Eberflus was their defensive coordinator, and it’s the type of player Jalen Carter projects to be.

If the Bears do end up making the first selection in April’s draft — which, let me be clear, they shouldn’t — Will Anderson is the obvious choice. He’s the straightforward choice, the traditional choice that decades of accumulated understanding will clamor for. While he’s all of those things for a reason, Jalen Carter not only has what very few others around the NFL do, but he has exactly what the Bears need. That should be enough for him to pull off a draft-night stunner.